fheroes2 is updated to 0.9.6 version! As usual fheroes 2 team spent a huge amount of time polishing the code to make it more stable and less error-prone. However, this is just a normal thing to say.

First of all, translation support in the project. Starting from now you can enjoy the gameplay in Polish, French or Russian languages. Team decided to translate things in the most efficient way – manually with multiple members involving in the process. In this case they could easily spot any mistakes in the texts even which were present in the original HoMM II game. Please remember in order to play with translation you have to own the original game of this language. Translation to other languages will come very soon.

fheroes2 team also made few quality of life improvements in this release. One of them is cursor shadow display for 2-hex monsters during the battle. Now a player will know the position of a monster to be taken while attacking.
Another important improvement is a new configuration dialog which allows to switch between languages (if supported by the game resources), change game resolution and access experimental options (under development).

Besides this team added support of Nintendo Switch game console.

Lastly, the goal of fheroes2 is not only to create Heroes of Might and Magic II engine but to make a memorable and enjoyable add-on for the game. The work has been started and team already have some changes for game graphics, campaign scenario script is partially written and we’re working on new songs to be a part of the game. More details will be shared later. As usual, team fixed more than 60 bugs.

Polish, French and Russian are already implemented. Other languages will be added later too.

Switch Language, Change resolution and experimental settings could be accessed via settings in main menu. 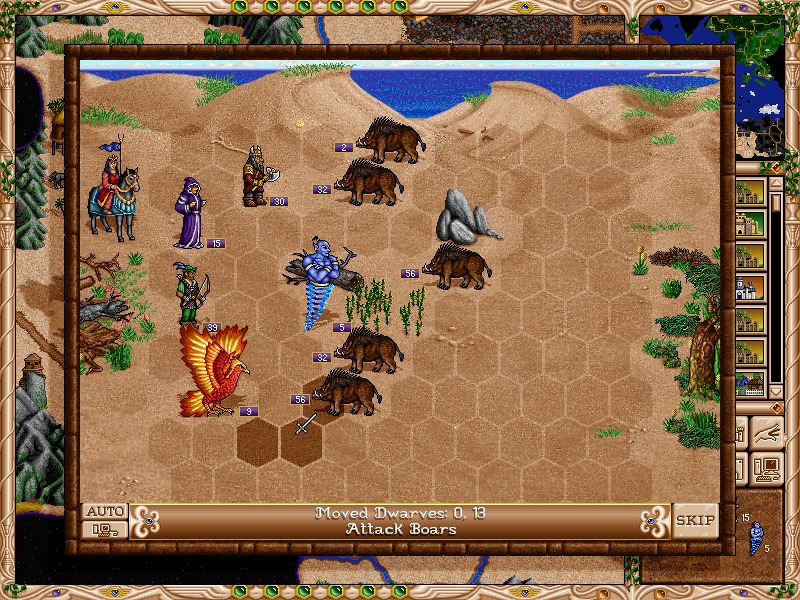 We can see, what hexes would take Phoenixes after attack.