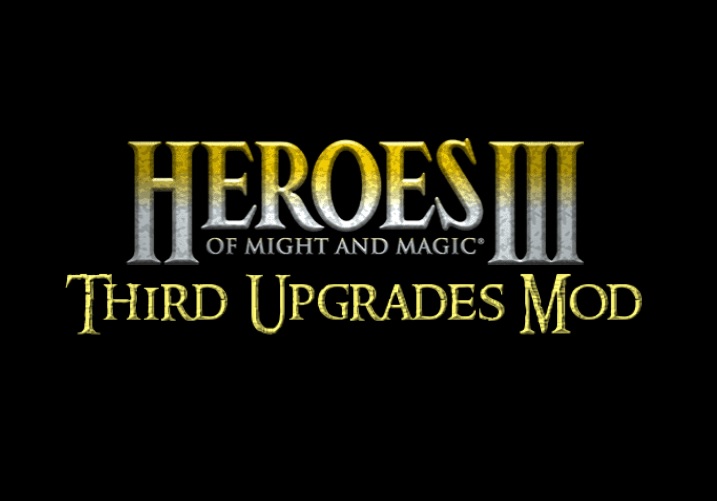 It’s a pleasure to announce the Beta release of the Third Upgrade Mod, since the complete development could not be carried out, this version is an incomplete beta of what will be the final version, so most of the new content related to the update has been disabled… you can try to re-enable it by yourself (of course, without asking for help because this is a surprise).

This Beta is exclusive to Discord and will not be posted on any other platform.

Cfgs:
– Fixed the resurrection ratio of Divine Phoenix and Red Skeleton.
– Added extended Radius of a shooting units flag to Winged Magog, Lich Emperor and Necross Dragon as they should (in order to be checked by third party mods).
– Added Dragon Nature flag to Diamond Dragon and Darkness Dragon as they should.
– Added Attack and Return to Chasm Dragon.
– Removed Double Stike from Antichrist.
– Now Nightmare Hydra can attack with double Acid Attack like Hell Hydra does.
– Removed ‘Dragon Will’ from Lesser Dragon and now has innate Dragon Nature.
– Shadow Dragon has been balanced.
– Amulet of the return of Samsara has been improved, it can now transform different skeletons into their living forms.
– Improved Dragon Slayer creature, now does can deal up to 500% damage to all dragons and resist attack from them.

Def:
– Added zavg196.def and zavg196.msk for restoring the dwelling of Dracolich to the original (in order to achieve WoG Fix compatibility).
– Fixed some graphic conflicts from Tides of War creature which share the same name.
– Remade Chimera Creature, thanks to FanofHeroes for the graphics and Dalion for the sounds!

Scripts:
– Fixed TUM options menu and descriptions in WoG Options (by myself)
– Fixed elementals couldn’t upgrade after building the third upgrade building.
– Fixed Gelu and Dracon couldn’t upgrade third upgrade monsters.
– Fixed some creatures require fewer exp points than their lower forms.
– Fixed several bugs in Mysterious Cave and New Pandora.
– Fixed in some cases you could get 8th monsters in a town belongs to a different faction.
– Fixed Ghoul’s flesheater ability.
– Fixed the faction of several new neutral monsters. Now all should have the same faction with their lower forms.
– Fixed a problem which could result in AI not being able to build the Third Upgrade Buildings.
– Added support of new creature abilities from WoG Scripts/Era Scripts. Options like Battle Dwarves Reinforcement, Demon Rage now also gives the third upgrades of the these creatures the same bonuses.
– Fixed a crash with battles in New Pandora.
– Fixed several bugs of Mysterious Cave.
– Rewrote Wayfarer’s Boots. Now the boots should work the same as in HotA. No more fake Pathfinding skills.
– HotA (artifact): Fixed not being able to revive the last killed stack in the battle as Fangarms. Now you are only able to receive Fangarms after battle when there is an available slot (as in HotA).
– Fixed Ring of Oblivion effect works in Soul Eater commander preventing to casting Raise Undead even with Emerald disabled.
– Ivory Tower and Spit now give more rewards depending on the size of CB as they should.
– Reduced the quanity of Steel Golem guardians of Experimental Shop (70 to 40 each tier) to match up with the overall strengh of the other CBs
– Other script improvements.