Heroes 3.5: In the Wake of Gods Portal > Heroes 3 Recollection: Ogre Mage and Warcraft 2 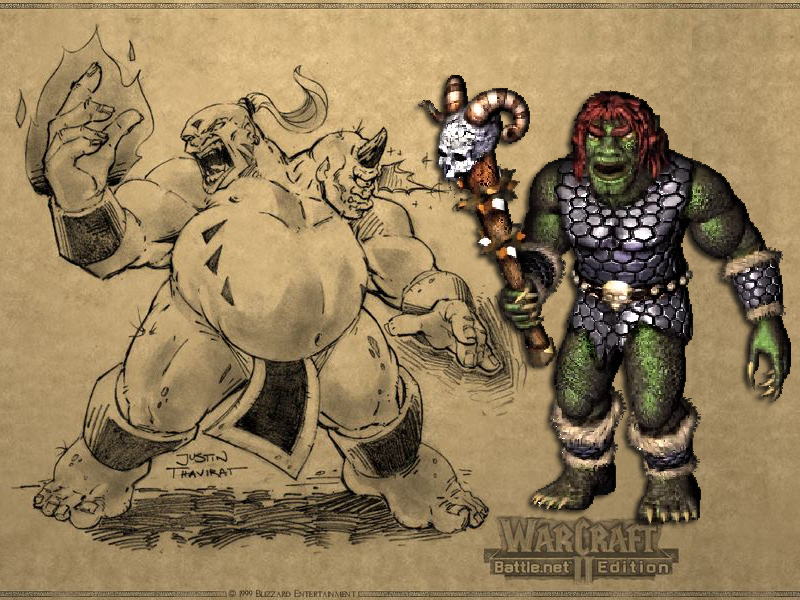 Question: In Heroes of Might and Magic III Ogre magi possess an ability of casting Bloodlust, although in D&D they have no such or any comparable magic ability among their special abilities. At the same time in Warcraft II ogre-magi have an identically named ability, which makes this coincidence peculiar. Were both cases based on some common source? Where did the ability to cast Bloodlust come from if it is not in D&D?

In Heroes 3, I gave the Ogre Magi the ability to cast Bloodlust, for a couple of reasons. Firstly, I was a big fan of Warcraft 2 (WC2), and this was a clear acknowledgement of my admiration for the game. Secondly, because Warcraft 2 was extremely popular, it was redefining various fantasy stereotypes. As I believed embracing popular fantasy stereotypes was an important aspect of Heroes 3, in this case, I designated the Heroes 3 Ogres could be magi, and Ogre Magi could cast Bloodlust… just like Warcraft 2. – Greg Fulton