HoMM 3.5: The Days Of Silence NEW mod in DEV

Article by adamnavel (auhor). Finally, after more than a year of work on this project, I found free time, to do this thread and to show you something you might be interested in. I always loved good old Heroes 3, SoD, AB, WOG, and new one Horn of the Abyss. More than 10 years of work with Map Editor and endless love to this game. As a designer and music composer I was always desired to try myself in modding and at end of 2017 I started to work on my own mod called “The Days Of Silence“.

The Days Of Silence is the MOD, the story, campign, between HoMM (AB) and HoMM IV about tragic ending of Enroth world, the great cataclysm that caused by Gelu and Kilgor when they fought with two warring blades. (You all know this is the opening trailer in HoMM IV) The campaign will consist from the history of several fractions Kreegans (Inferno Campaign), Necromantic Order (Deyja, Necropolis Campaign) and Krewlod (Barbarian Campaign) wich will consist of 886 maps. A huge amount of new and old well know heroes will again confront the war for power, survival and the fulfillment of their secret plans.

The campaign will have a lot of text and references to the well-known and related to the universe of heroes series of games called Might and Magic, and appear in game different new fractions like Forge, Conflux, Cathedral, Holy Legion, Northerner Clans. They all will take a part in campaign story and will be half available for single player.

This mod is created on platform Master of Puppets v2.12 which gives a convenient opportunity to edit the game code using the programming language Phyton. (Big thanks to the one of the developers that explained me a lot about programming and software for editing mr. Richard Dethfray) New code features allow add to the game a lot of new content, abbilities, spells, town rules, dificulty scaling etc. So I decided to work with this code, not ERA or WOG.

What this mod will offer to player?

I do this mod for free, when have free time with a great desire to create a truly beautiful organic addition that will not be inferior to the original and will fit beautifully into the general atmosphere, giving players a lot of new interesting fractional objects and interesting game moves. A lot of materials for the work were borrowed from various archive libraries and collected in different forums, many of the objects or animations were improved or redrawn by me. New unique animations, objects and interface elements were also created. 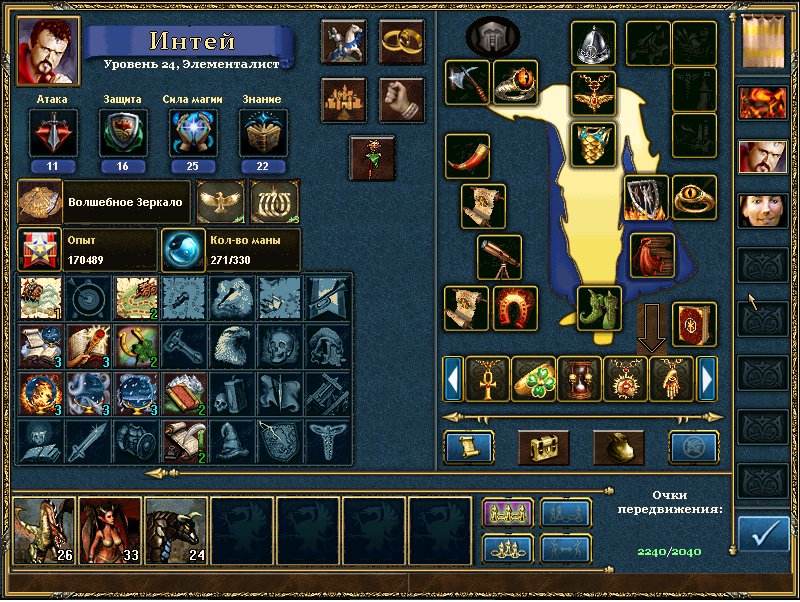 This mod can’t be installed on any other mod or platform and will be a distinctive individual. There is no specific date of release, because the project is in work, and after 1.5 year only 38% done, slow work, due to the fact that I do it in my free time, if possible, but try to devote at least 3 days a week to the project.

Since the main part of the time now is working with the graphics and design of the project, there is not much time left to work with text content, however, the first campaign has already advanced to 3 scenarios, and the text and game messages, storyline have already been wroted before the end of the first campaign (Inferno).