Heroes 3.5: In the Wake of Gods Portal > Heroes of Might & Magic III original soundtrack vinyl unpacking 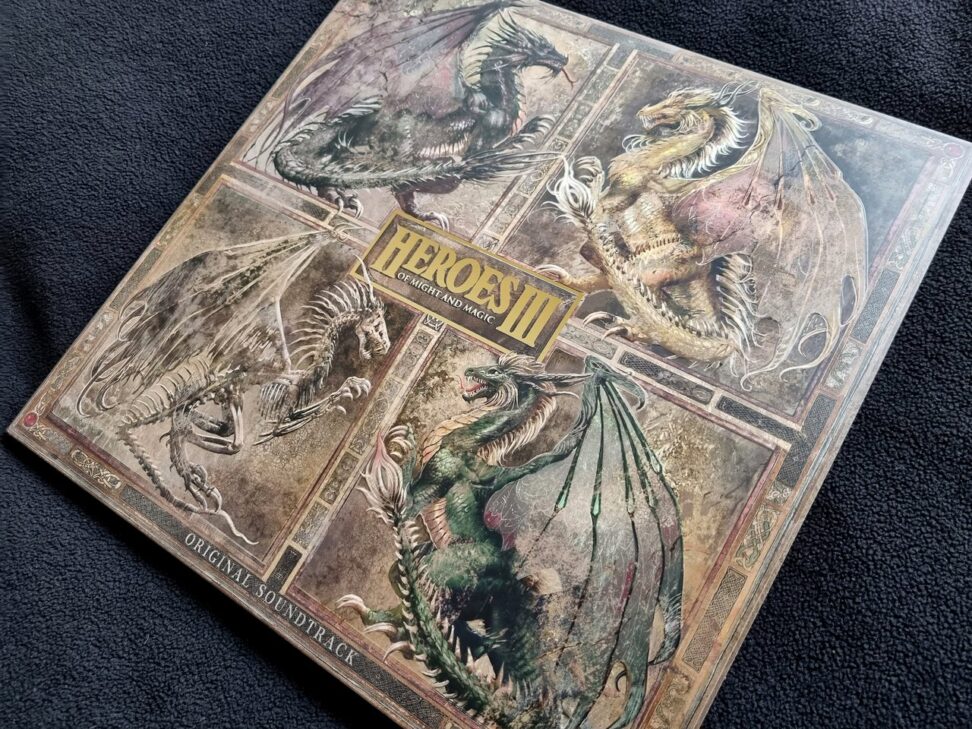 Each side of the cover presents stunning artwork by Magdalena Katanska printed in high quality with several embellished elements. These are original paintings created as an homage to the Heroes of Might and Magic III legacy, having dozens of references to the game itself.

An artwork I made for the inner gatefold of the Heroes of Might and Magic III – Original Soundtrack vinyl release.
I wanted to portray a representation of the 9 towns from the game each depicted by a creature unit; All 4 Schools of Magic symbols and the main theme in the game which is the conflict between Heaven and Hell.
Thank you to composers Paul Anthony Romero, Rob King, the whole Gamemusic team and everyone involved in this project. – Magdalena Katańska 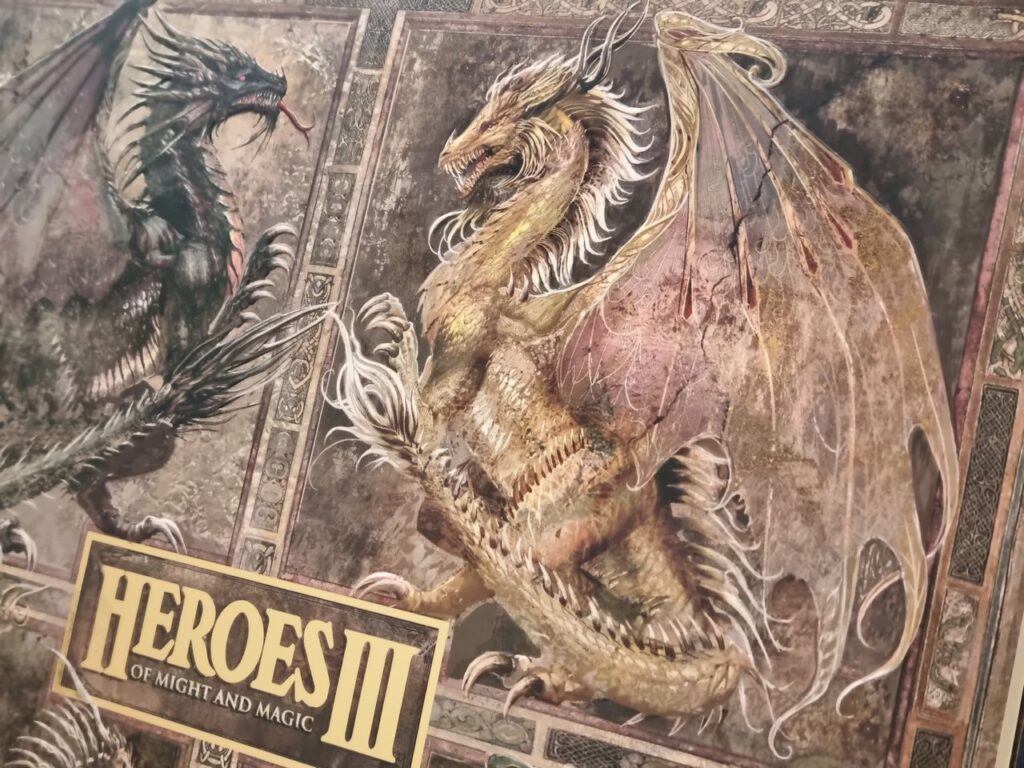 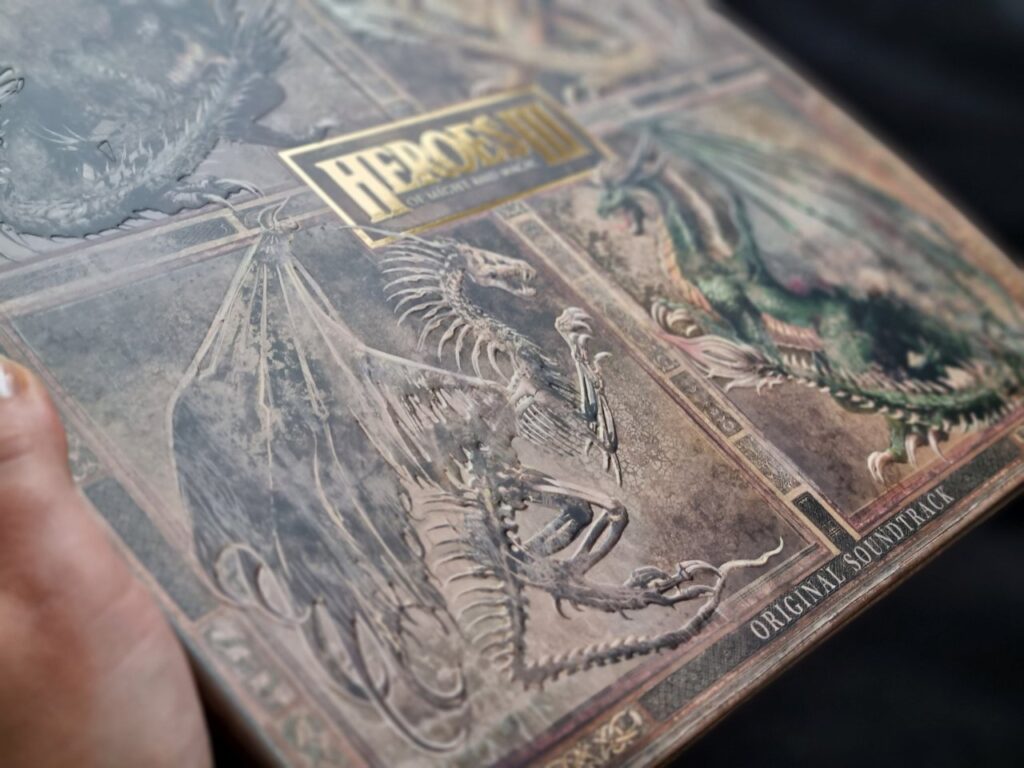 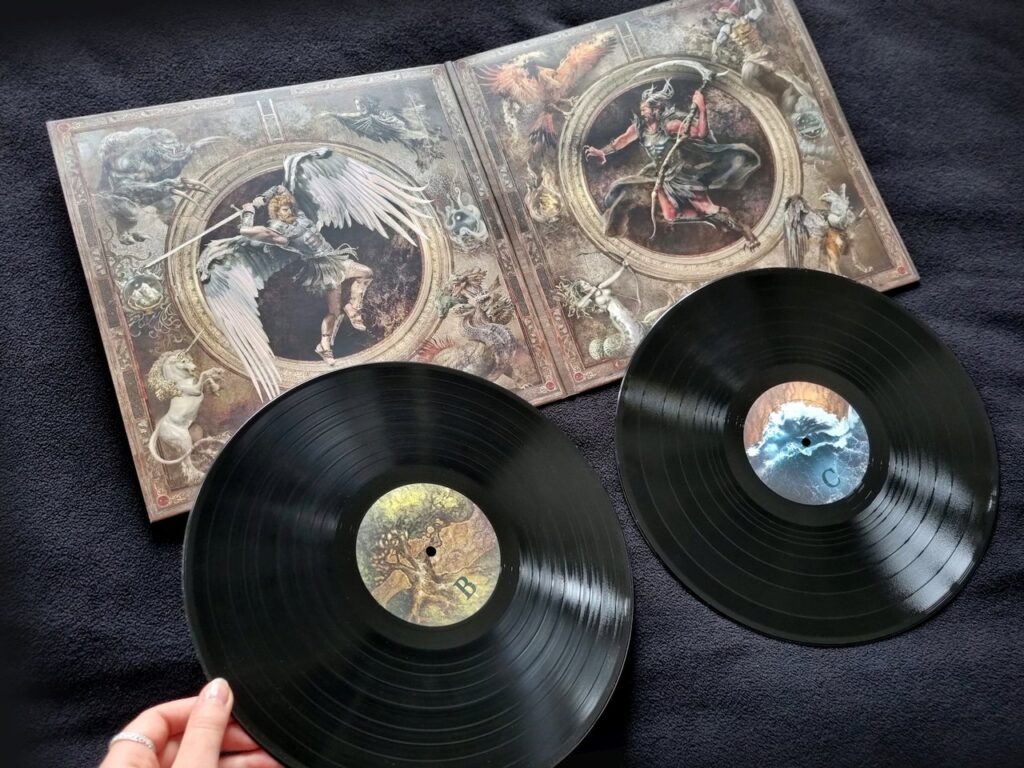 Making of Heroes of Might and Magic III vinyl artwork