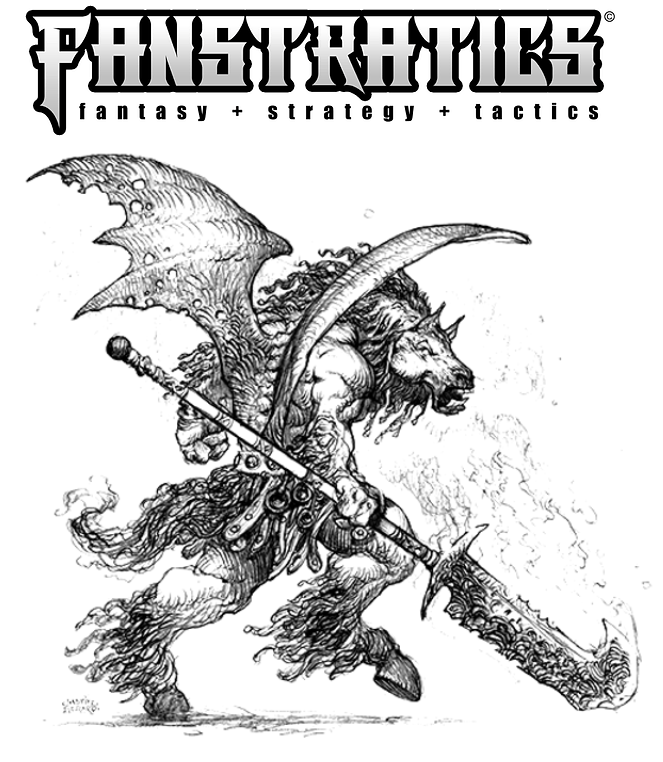 There is no Troop quite like the Hellion. Often regarded as the demonic opposite of the Pegasus or Unicorn, anyone who has fought a Hellion, knows they are much more. Quick to fly about the Battlefield, they tend to focus on Enemy Troops they consider ‘lesser’ or ‘easy to kill’. This choice is not cowardly, but strategic. How so? At the moment of death, Hellions can cause Enemy Troops to explode, and injure other Enemy Troops in the immediate area.

Fanstratics – Update #23 – Goblin and Map of the World

HoMM3 Question: In Heroes of Might and Magic III ogre magi possess an ability of casting bloodlust, although in D&D they have no such or any comparable magic ability among their special abilities. At the same time in Warcraft II ogre-magi have an identically named ability, which makes this coincidence peculiar. Were both cases based on some common source? Where did the ability to cast bloodlust come from if it is not in D&D?

In HoMM3, I gave the Ogre Magi the ability to cast Bloodlust, for a couple of reasons. Firstly, I was a big fan of Warcraft 2 (WC2), and this was a clear acknowledgement of my admiration for the game. Secondly, because WC2 was extremely popular, it was redefining various fantasy stereotypes. As I believed embracing popular fantasy stereotypes was an important aspect of HoMM3, in this case, I designated the HoMM3 Ogres could be magi, and Ogre Magi could cast Bloodlust… just like WC2.

Fanstratics Question: How do you feel about the experience of the Heroes 4, where neutral creatures were able to move independently?

This was a feature originally seen in King’s Bounty. Personally, I prefer the neutral armies remain in place, and will be sticking with this approach for Fanstratics.