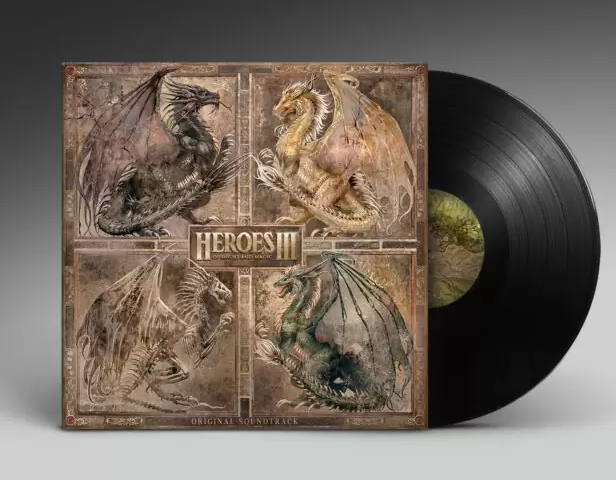 In this second edition, discs are available in five colors which relate to player flags in Heroes 3. If you played many hotseat skirmishes, you must have seen a lot of these banners on the map! They also correspond to the iconic towns of Heroes III: Tower, Stronghold, Fortress, Dungeon, and Conflux. Every color has a separate, limited stock so be sure to pick your favorite right away. The first pressing sold out quickly and is now a prized collector’s item.

Revered music such as this deserves special treatment, thus all tracks have been carefully remastered by Rob King himself and our experienced sound engineer Matthias Adloff to be suitable for a modern vinyl album while keeping the unmistakable vibe of the original. Furthermore, each piece has been freshly renamed by the composers to avoid using placeholders in a proper tracklist like this one, so you’ll have a good time discovering which beloved tunes are behind the new names. 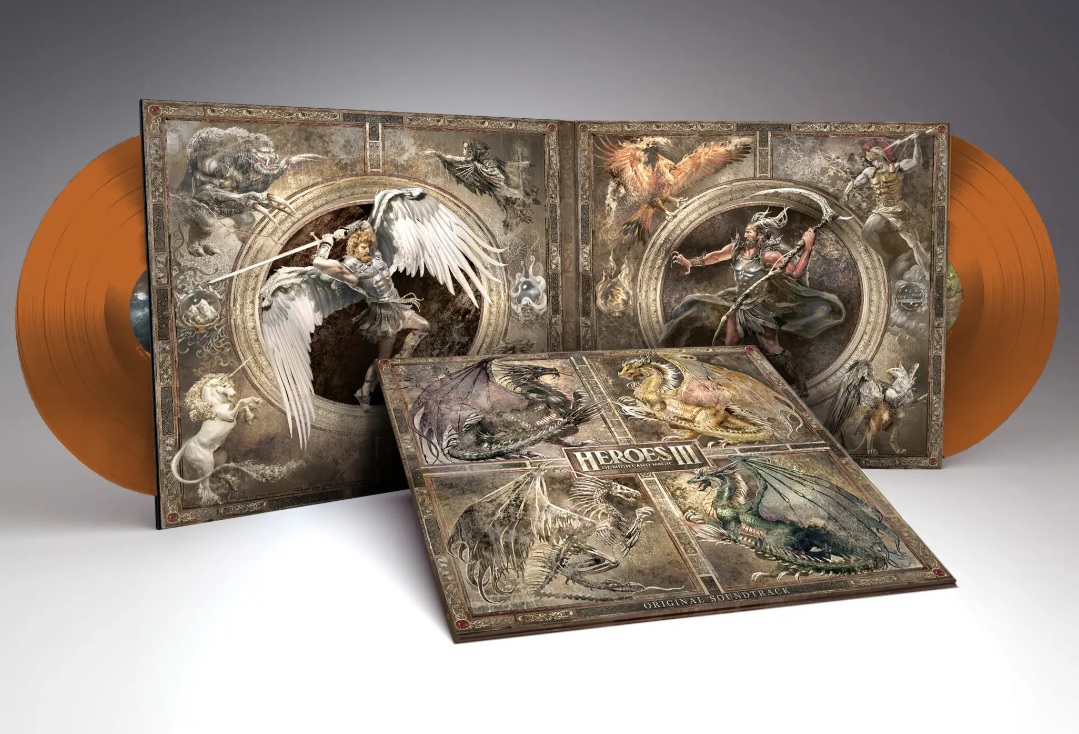 Please note that because of global supply chain disruptions, the production process of any vinyl is prone to delays due to factors beyond our control. We aim to release this soundtrack in Q4 of 2022, with a disclaimer that it might be shipped later despite all our efforts to deliver it to you as soon as it becomes physically possible. Thank you for your understanding.

The coloring of each vinyl is unique and the final product may slightly differ from these preview images.