Heroes 3.5: In the Wake of Gods Portal > Castle Fight: Heroes 3 – casual game for iOS and Android 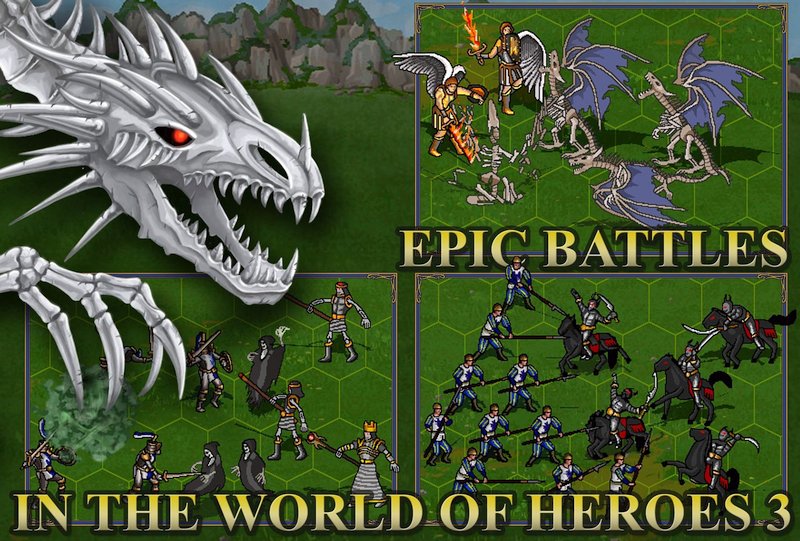 A nice casual game for smartphones, which is on the verge of legality when it comes to graphics. 🙂 Legendary castle fight in the new setting! Castle against Necropolis, Good against Evil, humans against the undead.

The battle arena is similar to the battlefield of the Heroes 3, with your and enemy castle. With the gold you have, you hire the troops who, coming out of your medieval castle and automatically go to attack the enemy.

Choose troops wisely, adjusting to the composition of the enemy troops because all creatures have different defense and attack types, which makes them stronger against some creatures and vulnerable against others. Help your troops in battle with more than 20 spells. Every 10 seconds, you and your opponent get additional gold, which can be used to hire additional troops. Your point is to destroy the enemy’s castle.