New versions of ERA since version 2.9.10 no longer contain WoG Scripts such as Map Options and Enhancements, Skills, Monsters and Heroes Enhancements and Balancing, Map Rules… The development has split and Bersy is working on new ERA versions and Igrik on WoG scripts.

So in order to have all the options as before, you need to manually install the Wake of Gods scripts or install ERA Gaming build. It’s easy, just install ERA as before and then download and install WoG scripts. New versions of ERA are also compatible with HD modification.

Please note – this mod is written in ASM, which is great for debugging, thus favored by hackers. that AV software doesn’t like for obvious reasons. False positives may occur, especially if you use free antivirus (which is always nothing but promotion of its paid version) such as Avast and AVG. You have been warned.

Currently WoG campaign are removed from the package (SoD campaigns became fully available with sound and prologue/epilogue). Once “alpha” tag is removed, They will be uploaded as standalone WoG Campaigns mod. 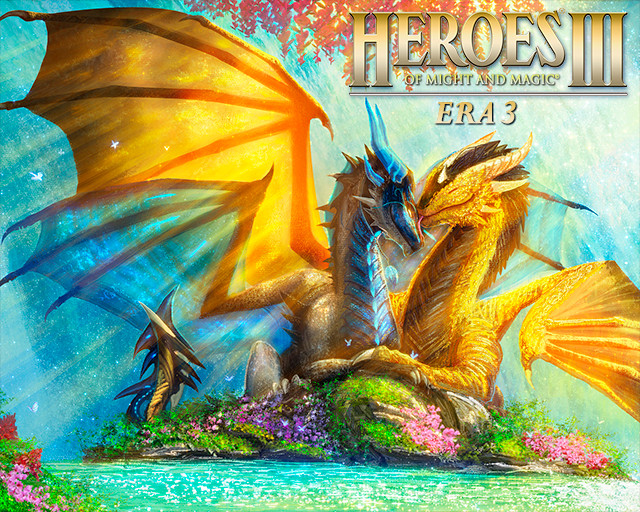 A new major version of HoMM 3 ERA was released

Optional ERM 2.0 mode: named constants, local variables, and functions at the precompilation stage. It became possible to write clear code with a small number of comments.

The ERM engine has been rewritten: a lot of legacy fixes, universal syntax, convenient work with strings, bug fixes, expanding and adding commands, and much more.

The ERA becomes a full-fledged core for all sorts of modders: there are no more imposed mods, animations, most graphical changes, new interface, replaced campaigns and music, etc. By installing ERA you get a working skeleton with all the tools to create a unique build for your tastes and desires. The base set of new monsters/objects from WoG 3.58 remains as resources and switchable game mechanics.

Working with ERM functions has become even more pleasant: correct counting of passed parameters, default parameter values, and auto-initialization of parameters with zeros.

Improved debugging and testing support: new magic constants and the first version of the Era test library. Auto-tests on ERM are written for detected bugs.

SN:M dynamic arrays now perform the role of lists perfectly. The change in size was optimized. Access to end elements by negative indexes is now available.

Added a new OnAdvMapObjectHint event that allows you to dynamically control the hint when hovering over any map tile, which is actively used, for example, in new creature banks mod by PerryR.