This month’s Troop concept sketch is the Archangel.

Largely of Goblin descent, this sub-human faction lives in an underground, Subterranean world.  Terror, chaos, and fear are their allies, leading to an amorphous ‘might-makes-right’ form of self-rule.

Representing the Zubhewen in the Troll Witch, who can be viewed in the Fanstratics Gallery.  For most, the Zubhewen will be remarkably similar to HoMM3’s ‘Dungeon’, but keep in mind… as I mentioned in the last Newsletter… some troops have been shuffled off to other factions.  So, some hallmark ‘Dungeon’ troops may have found new homes with other, more thematically consistent cultures. 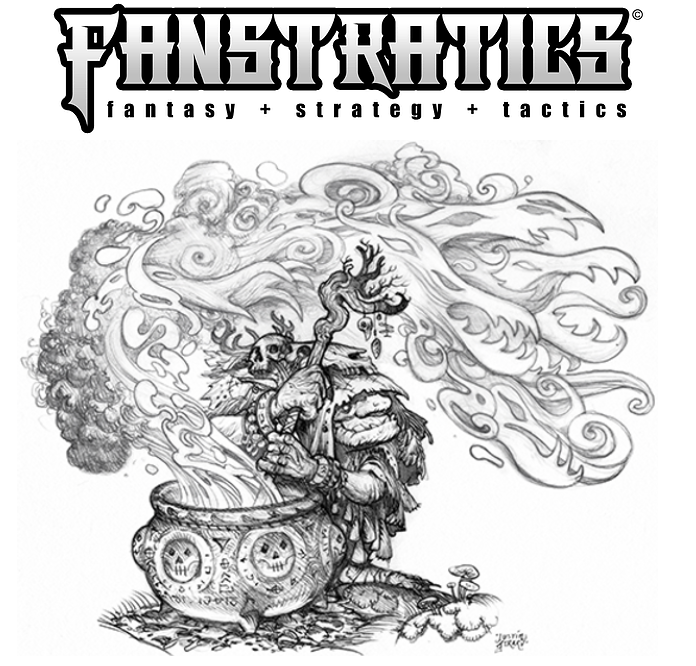 Similar to the previous two features (Rally Attack & Boss Battles), a Hardcore Mode is not a new idea.  Anyone familiar with late 70’s, early 80’s, coin-operated arcade games, have experienced video game ‘permadeath’.  While this design choice has a long history, in my personal experience, it wasn’t formalized as a mainstream feature until Diablo 2’s ‘hardcore mode’ in 2000.

There is something masochistically romantic about risking your precious time attempting to conquer an intentionally difficult video game.  While I personally don’t have the time to grind out repeated hardcore wins, hardcore play has been responsible for some of the most memorable video game streams I’ve ever seen: Diablo 3, Fallout: New Vegas (hardcore mode), XCOM (ironman), Darkest Dungeon (86 or 100 Weeks), etc.  Most recently, Moonmoon played Doom Eternal in a pseudo-permadeath mode… and failed during the final fight.

While I suspect only a minority of players will utilize this feature, I would like to see hardcore streams of Fanstratics.  So, a hardcore mode is planned; one persistent save for your current game, with the difficulty settings of your choice.  There may also be other ‘hardcore’ wrinkles, such as ‘permadeath’ for Heroes.  If you lose a Hero in battle, they no longer appear in your Kingdom’s Hero Pool.  Bottom line… if you lose… you lose.

Personally, I want to see people play and stream Fanstratics in hardcore mode, on the toughest difficulty, against multiple AI opponents, with an in-game time limit.  It could make for some gripping entertainment.

Will there be a map editor and random map generator in Fanstratics?

HoMM3’s map editor and random map generator were released with its first expansion pack ‘Armageddon’s Blade’.  For Fanstratics, I expect to rollout both a Community Map Editor and a Random Map Generator, well after the game’s official public release.  When?  I cannot say at this stage.

If there will be a random map generator, how will it be configured?

It’s been a very long time since I crafted HoMM3’s original RMG templates (using Microsoft Excel).  Since then, different methods to random map generation have been developed, and I would like to research a number of them, before I decide on a final design direction.  So, details regarding the internal logic and implementation of the Random Map Generator are currently unresolved.