Heroes 3.5: In the Wake of Gods Portal > Demon Calculator 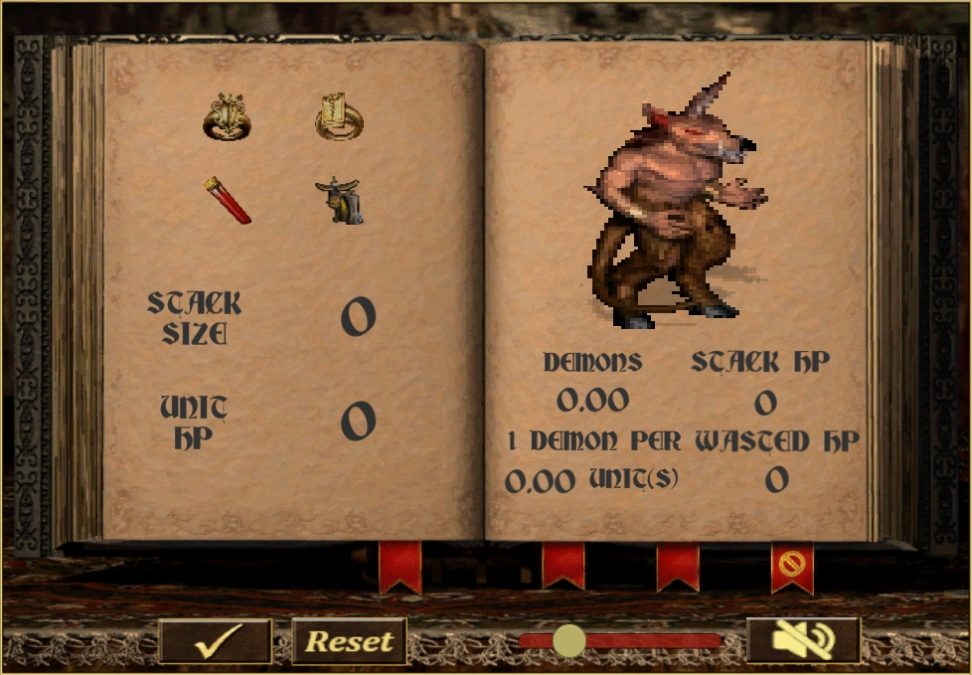 Demon Calculator calculates the amount of Horned Demons raised by the Pit Lords.

Pit Lords attack with tormenting whip blows. Once per combat, Pit Lords are able to resurrect dead allied troops as demons in place of another action. The number raised cannot be higher than the number of Pit Lords performing the resurrection.

With only a one-point increase in speed, the Pit Lord is stat-wise almost identical to the pit fiend, but it has the ability to summon demons from dead allies, and the extra reinforcements can be very useful in combat. Demon Calculator by horus90.