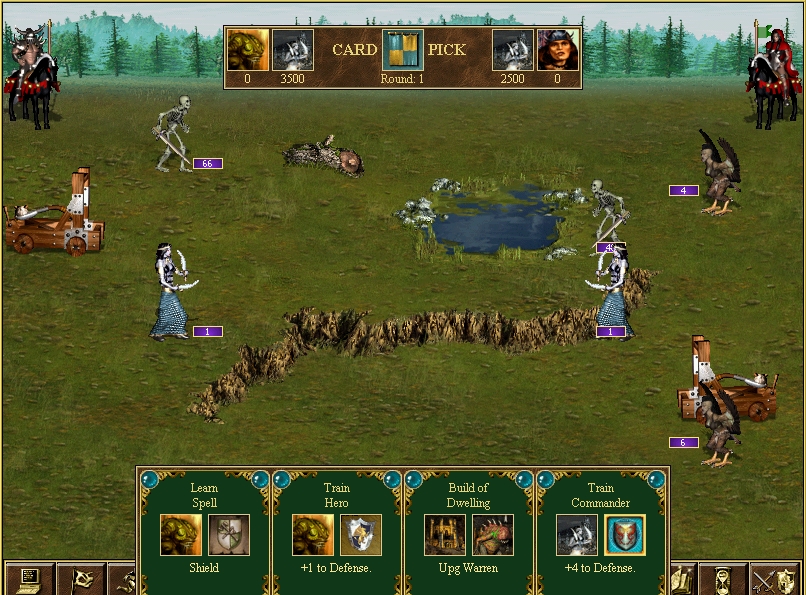 Battle Heroes – mod for ERA 2, replaces the usual battles into a card game, the goal of which is to destroy the enemy commander. Almost the entire gameplay, including the development of the hero, the commander, the study of spells, the detuning of buildings and the hiring of creatures, takes place directly in battle.

It is highly recommended for novice players that they first get used to original game before trying Battle Heroes, or they will certainly get frustrated. Battle Heroes settings are similar to the Heroes III original game, computer players (AI) will enjoy extra bonuses depending on the difficulty selected. 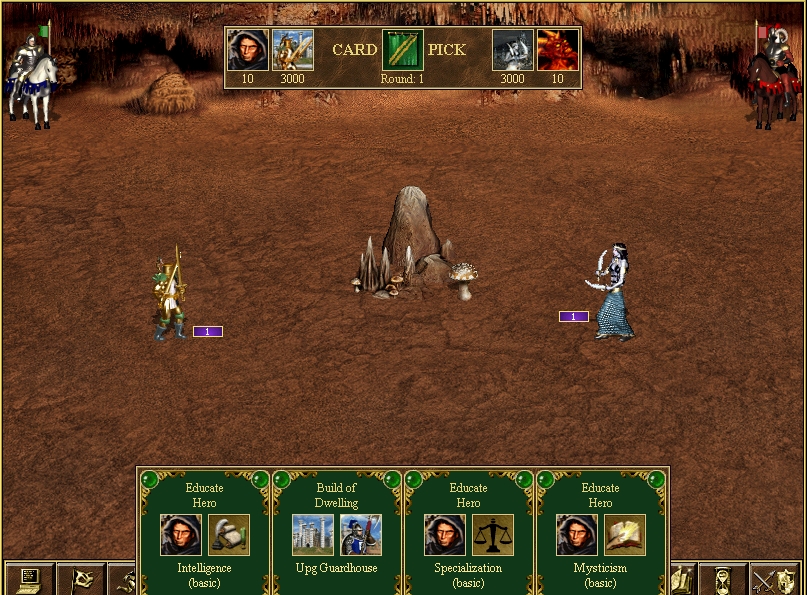 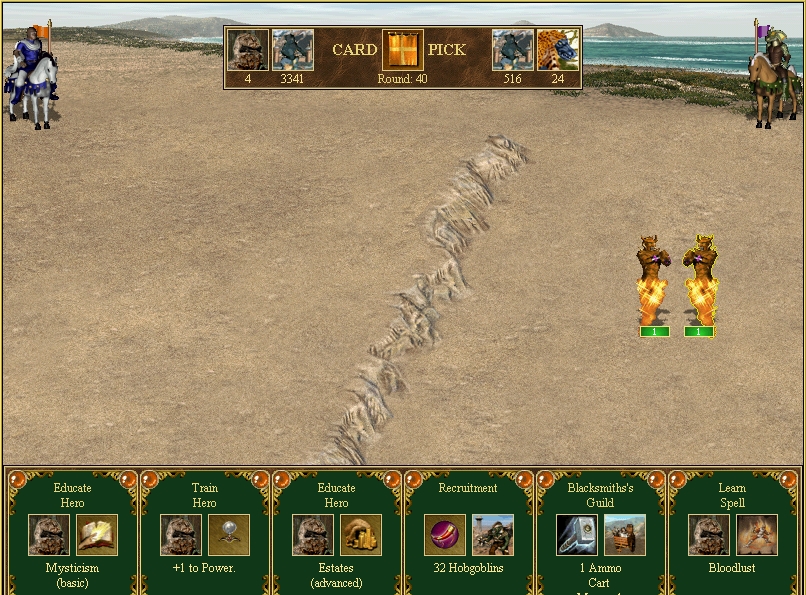 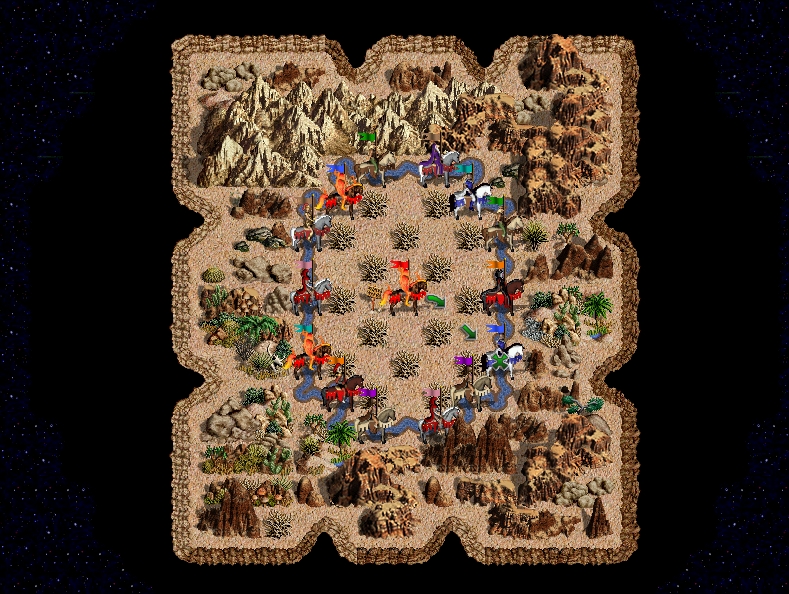