The most important Heroes III mods of 2022

I have prepared a list of Heroes 3 modifications that are worth following. I will keep the page up to date and add new modifications if necessary. If you know about the modification that I miss here and is worth it, be sure to write in the comments.

ERA 3 Launcher will help you quickly install and run these 3 modifications: In the Wake of Gods (WoG/ERA), Horn of the Abyss (HotA) and Master of Puppets (MoP). This launcher replaces ERA Gaming build. It also contains other modifications, such as Advanced Classes mod and is ready to play immediately.

With Third Upgrades mod every town can have a new building that is used as a general ‘upgrade guild’. Thanks to this the player will be able to upgrade creatures in the town to their new forms. Also, the modification brings a huge number of new creatures, artifacts, buildings on the adventure map, check YouTube videos.

Advanced Classes Mod is a huge gameplay improving modification based on the Wake of Gods. The core of the mod is a new class and skill system for Heroes 3. To avoid bugs neraly the complete WoG mod has been rewritten. Making ACM very stable. Now it is possible to play three very distinct classes, each with their own strengths and weaknesses.

Heroes III: Horn of the Abyss 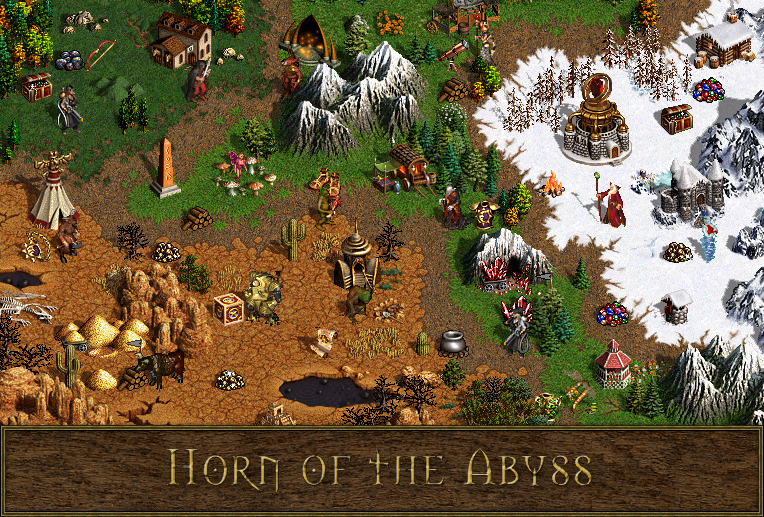 Horn of the Abyss is an unofficial – yet a true – Heroes of Might and Magic 3 expansion. It is made by a mostly Russian composed crew with various talented people. The expansion features – to name a few things – a completely new pirate Cove town. HotA fixes bugs, adds a host of new expansion content, features an updated editor – and much more. 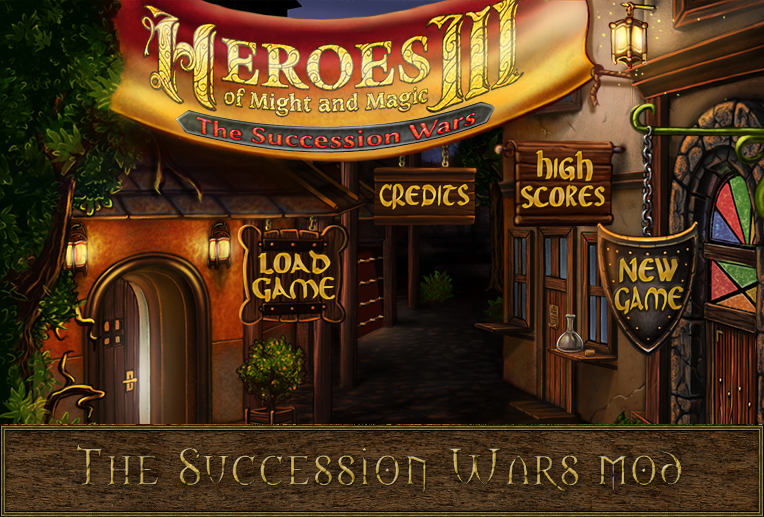 The Succession Wars mod is a massive ERA-based mod for Heroes of Might and Magic III, which brings warm Heroes I -style pixel graphics to Heroes III, also adding new various content.

Day of Reckoning project is a new modification for Heroes 3 Complete. You can expect new creatures, heroes, artifacts, graphics…Vori elves.. etc… There will be more information coming out in the near future.
Make sure to follow us to stay tuned.

13 new towns will be implemented into the game, known mainly from VCMI. Without replacing old ones. The modification is expected to be completed in April 2022, but tuning and balancing is expected to take several months. Fingers crossed.