Heroes 3.5: In the Wake of Gods Portal > Dungeon Units Artworks by Iana Venge

Dungeon is an evil alignment town. Dungeons are built by the warlock and overlord hero classes to act as bases from which to wage campaigns of conquest for wealth and power. Similarly minded creatures are attracted as allies. Other dungeon creatures are in thrall to their masters. Dungeon represents Nighon.

Troglodytes are immune to blinding effects since they don’t have eyes and ‘see’ their surroundings through infrared senses.

Harpies – half-women/half-vulture in appearance – have a swooping attack that returns them to the hex they started from. Harpy hags attack with such violence their attacks cannot be countered. 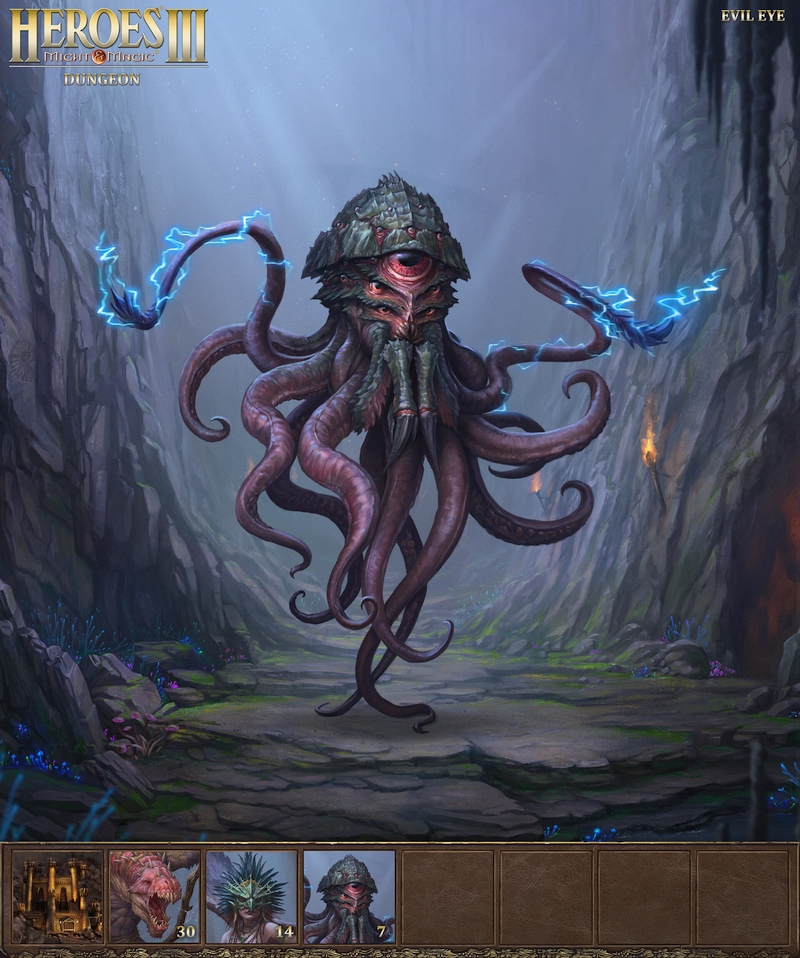 Beholders and evil eyes can attack at range with rays projected from their eyes. At close range they attack with equal damage using their multiple tentacles. 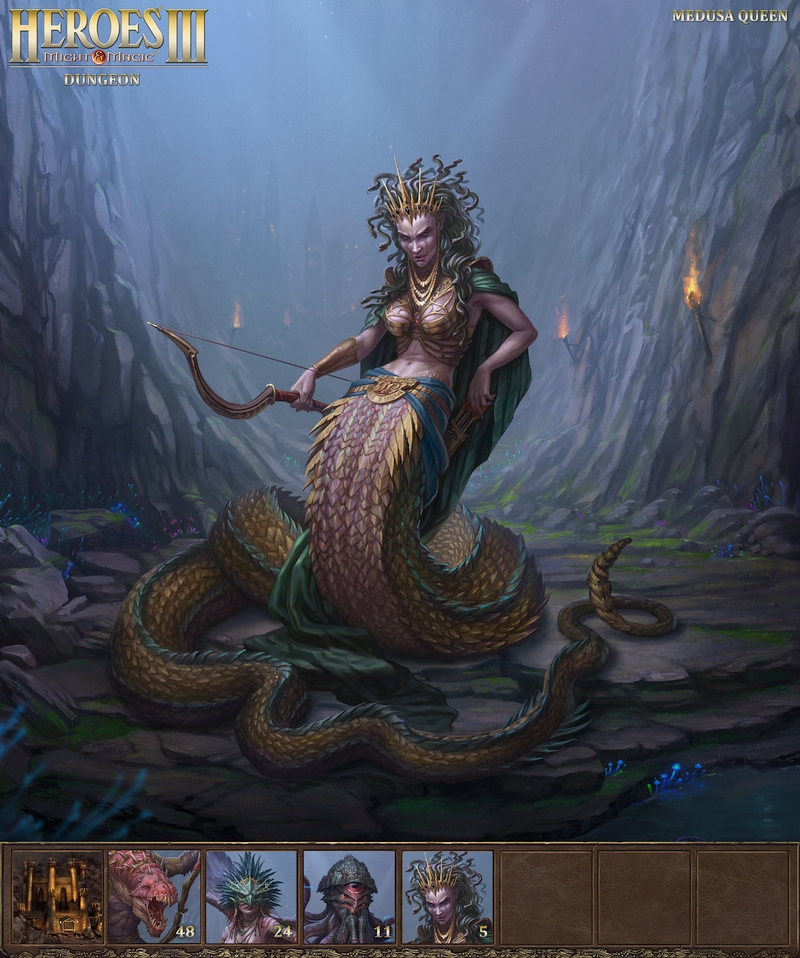 Armed with bows, medusas and medusa queens can attack at range to good effect. Their hand-to-hand attacks do the same damage and also have a 20% chance of petrifying their targets for three rounds. Petrified creatures cannot move, take 50% damage, and become unfrozen when attacked.

Minotaurs and Minotaur Kings live in labyrinths and devour all who enter. These bull-like humanoids are sure of their ability to dominate in battle and have good morale. This self image is well-founded as they are durable and have a very damaging axe attack.

Manticores and their venomous cousins, the scorpicores, have features combined of bat, lion and scorpion. They attack with stabs from their stinging tails. Scorpicore attacks have a 20% chance of paralyzing an opponent. Creatures thus petrified take 50% damage and are unfrozen when attacked or after three rounds.