The Admiral’s Hat bug is based on the fact that movement is not fixed at the beginning of the day but the game recalculates it during the turn every time when hero changing the slowest unit or un/equipping Equestrian Gloves and/or Boots of Speed.

BTW: This bug is fixed in HotA and HD mod.

The mechanics of the abuse briefly can be described as “slow boarding, quick landing“. E.g.: a hero with 6th speed (1700 MP) and Boots of Speed artifact, which gives +600 MP, (and equipped Admiral’s Hat, of course) boarding from the terrain without movement penalty by a straight step (m = 100). No Navigation or Lighthouse bonuses. Boots of Speed are removed for boarding and equipped for landing. 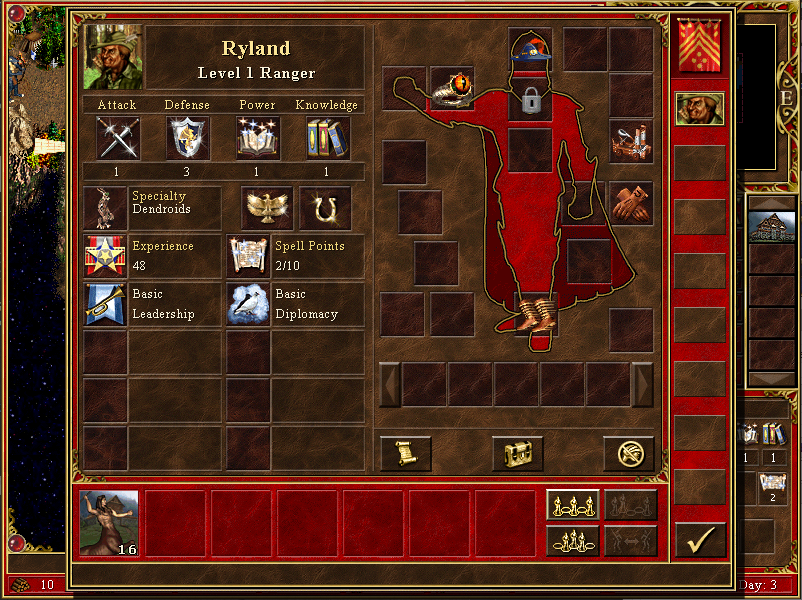