Heroes 3.5: In the Wake of Gods Portal > How many summoned elementals is too much? (Heroes 3 Complete)

How many summoned elementals is too much? (Heroes 3 Complete)

If the battle ends and only summoned units remain on the battlefield, both heroes go to the tavern, it doesn’t matter who won. In the tavern, the heroes will not have any units with them, they are ghost heroes.

Only one type of elementals may be summoned during combat, which means that if earth elementals have been summoned, then air, fire or water elementals can not be summoned. 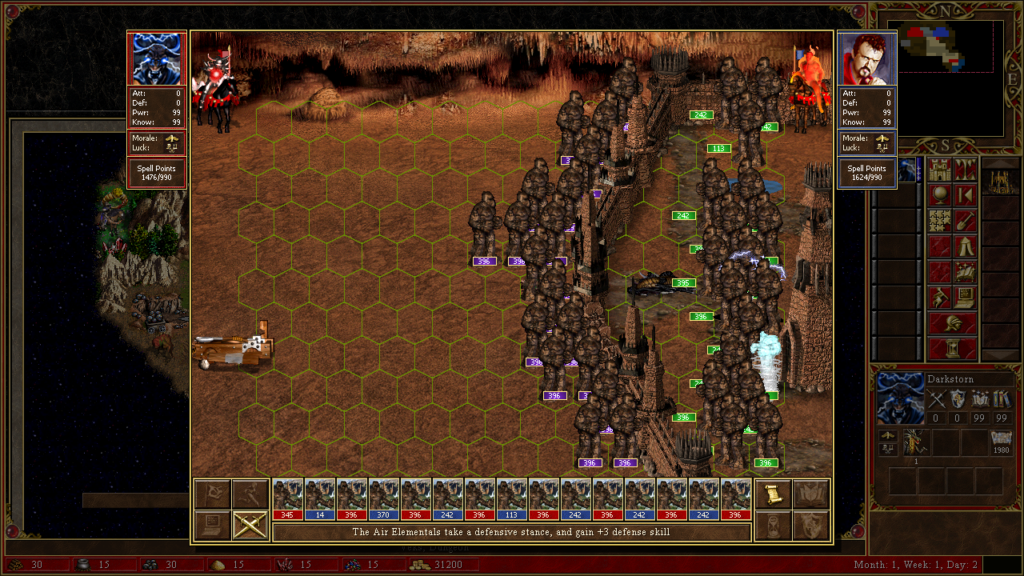