There is mostly no new information given about the future of Horn of the Abyss in the article, so a translation won’t be needed. Though there is a new exclusive screenshot that is worth mentioning, showing the Factory’s castle (until now only the “village”/capitol sprite has been shown publically) as well as a couple of new portraits. The model is, most likely, not final. As usual, around 15 different concepts of the castle have been discarded before we came up with the one we finally considered to be looking adequately enough.

There are two major architectural styles found in the Factory — its Capitol represents art deco, while art nouveau is represented by the Factory’s castle. The main idea behind the castle’s appearance is to be “the face of an empire”, a monument to its ambitions. We deliberately made the architecture more secular and railway station-/institute-like in its aesthetics, rather than militaristic. The feature that is specific to the Factory’s castle is how “alive” it is. of sieges an animation of the artillery guns being deployed will be shown, similar to how a short jingle is played at the start of each battle in the original game.

Said animation will involve jets of steam ejecting, while several gears start moving with a rumbling noise, revealing the artillery cannons. In short, the building is moderately peaceful in its appearance, even has certain luxurious decoration, which, in a way, traps the unsuspecting besiegers. 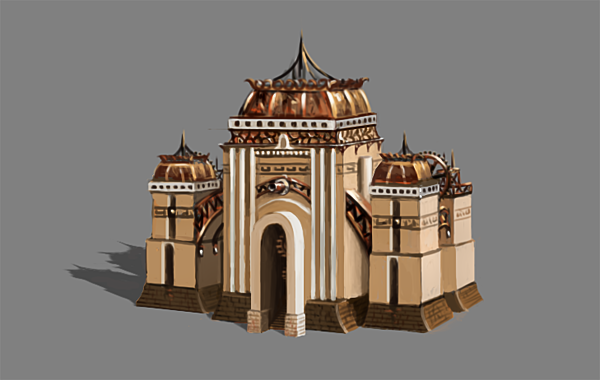 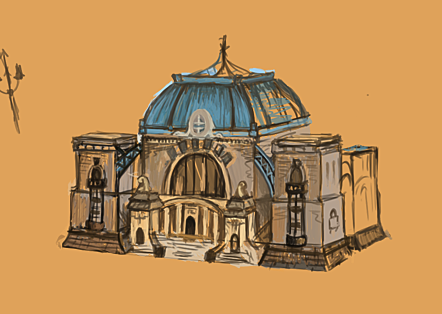