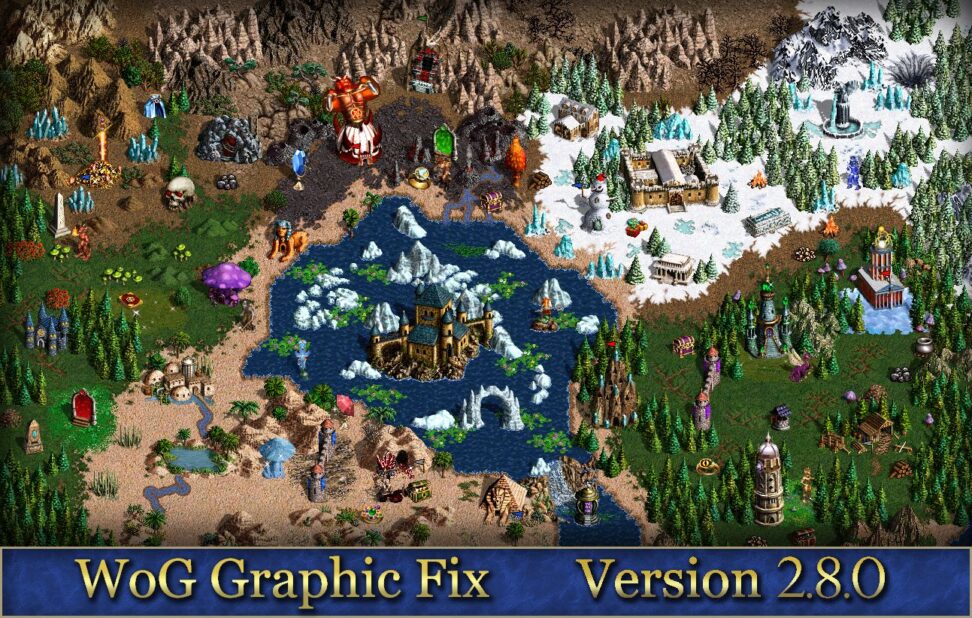 This amazing graphic modification not only modifies and enhances the graphics of old WoG objects, but also adds many new ones.

*If you use WoG Graphics fix mod with ERA 3 Launcher, it is necessary to disable “16 2-way teleports“, “Game Enhancements Mod” and “WoG Fix lite” via Mod Manager for the proper functioning.