Heroes 3.5: In the Wake of Gods Portal > Town of Burton cutscene– Horn of the Abyss update #17

Town of Burton cutscene– Horn of the Abyss update #17

The work on the Factory keeps chugging along. Many have inquired about the progress, but it isn’t exactly easy to quantify, seeing as the development is going in a number of directions simultaneously, with varying degrees of success. As of now, most of our energy is being spent on the upcoming campaign.

Naturally, we aren’t going to disclose any plotlines ahead of time, but today we decided to show you a place that’ll be crucial for the entire Factory project. We present to you this new cutscene featuring the budding town of Burton:

In time, it will become the crucial mainstay of the artificers in the wastelands of Jadame, but at the moment shown here, it’s just the beginning. No clanging steam presses, no humming furnaces, no chattering frontiersmen in the town square – and no town square, for that matter. Just the morning of a new day – and the beginning of a new era. Burton is waking up. (Author: Tevye, HotA team member)

Jadame is a continent on the planet Enroth and is the setting of Might and Magic VIII: Day of the Destroyer. Locations on and around Jadame include Alvar, Ravenshore, Garrote Gorge, the Ironsand Desert, Murmurwoods, Shadowspire, Ravage Roaming, the Dagger Wound Islands, and the infamous pirate homeland of Regna (HotA Cove faction). Jadame appears to be less human-dominated than the continents Enroth and Antagarich, with Dark Elves being prominent on the continent, as well as there being civilized populations of Minotaurs, Trolls, Dragons and Lizardfolk. Humans are found in Garrote Gorge, Murmurwoods and Shadowspire. 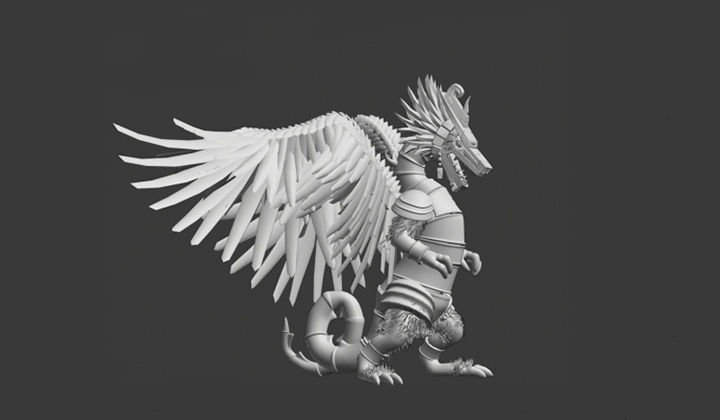