Heroes 3.5: In the Wake of Gods Portal > fheroes2 project has been upgraded to 0.9 version!

fheroes2 project has been upgraded to 0.9 version!

Over a year of enormous development’s passed and the project is non-stop reaching its ultimate goal! Animation and rendering in fheroes2 is really close to the original game (and even better in some places!) thanks to the new rendering engine.

fheroes2 team made a fantastic work on game’s optimization! After thousands of source code lines being rewritten and hundreds of bugs being fixed fheroes2 engine became much faster on all supported platforms. The game is now by 50% faster and contains mind-blowing smooth animation. This is not everything at all what the team made for you.

0.9 release is a core milestone in the project development and team created a brand new artificial intelligence (AI). Now players can face a worthy opponent, not an apathetic visitor of wells and fountains. However, there is still a work to do to bring AI to the level of making the life of true Heroes fans incredibly difficult.

Improved AI logic – Check the left side of the screenshot (0.8 version) where AI allies haven’t explored much of territory in one month and the majority of heroes are still wandering within base location. While on the right side (0.9 version) AI allies explored much more territory and red player even managed to capture several towns! 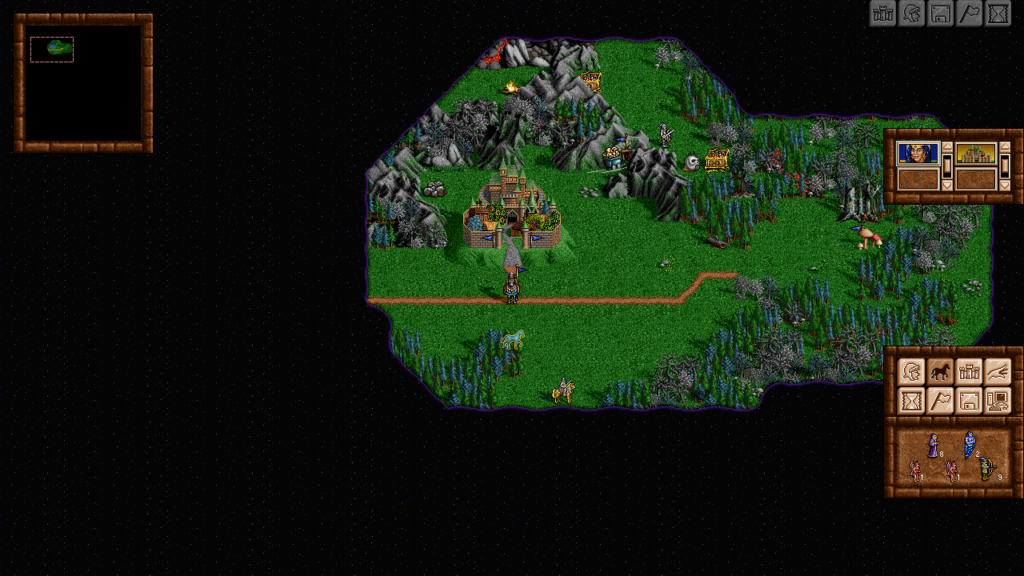 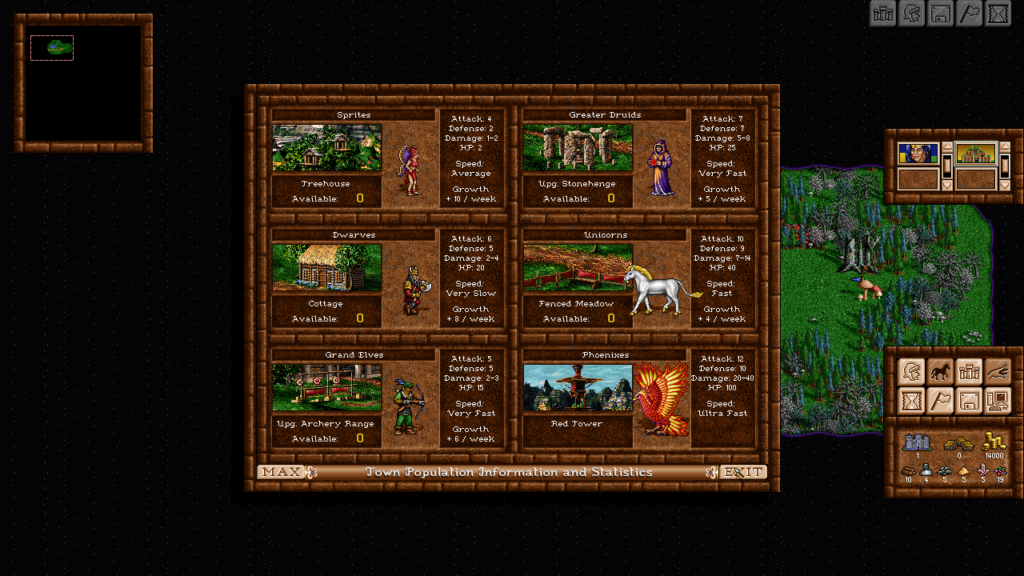