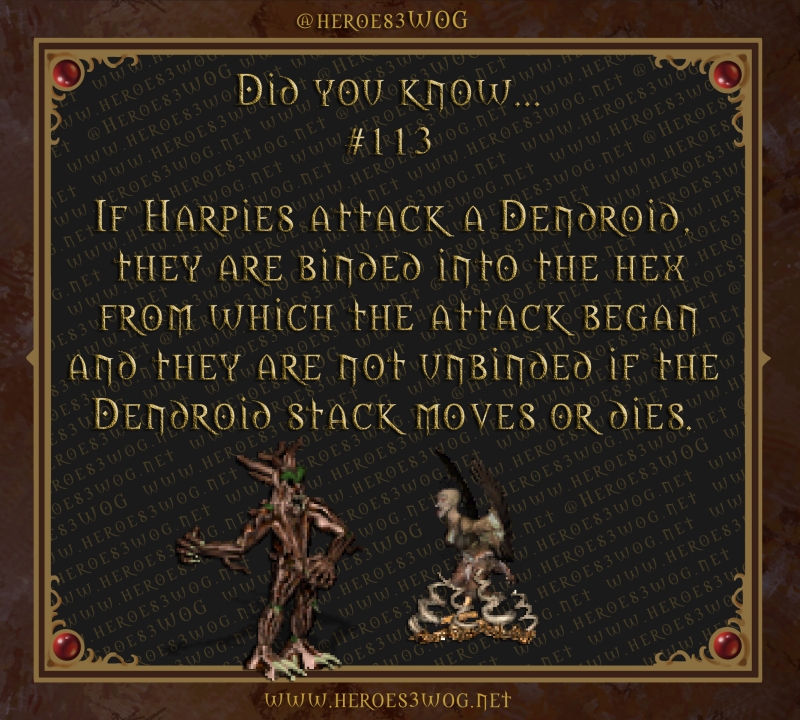 If Harpies attack a Dendroid, they are binded into the hex from which the attack began and they are not unbinded if the Dendroid stack moves or dies.

Dendroids’ attack causes an enemy to be bound to the ground, unable to move until the stack of dendroids that entangled them moves or perishes, but the effect can also be removed with Dispel or Teleport spells. The visual effect of binding is a bunch of roots appearing from the ground.