Heroes 3.5: In the Wake of Gods Portal > Disciples: Liberation

Disciples: Liberation is a mature, dark fantasy tactical roleplaying game. Liberate the land of Nevendaar and uncover the endless stories hidden within this richly detailed world, where every decision has a consequence, and every wrong move could be deadly.

Explore a rich overworld and align with a variety of in-world factions: from a human empire tinged by religious extremism to the dark forces of the undead lead by a mad queen. Assemble a team to gather precious resources, sway political standing, and take on brutal beasts in intricate turn-based battles. Choice is everything in Disciples: Liberation and it is up to you how you write your story.

What are the main features of Disciples: Liberation? 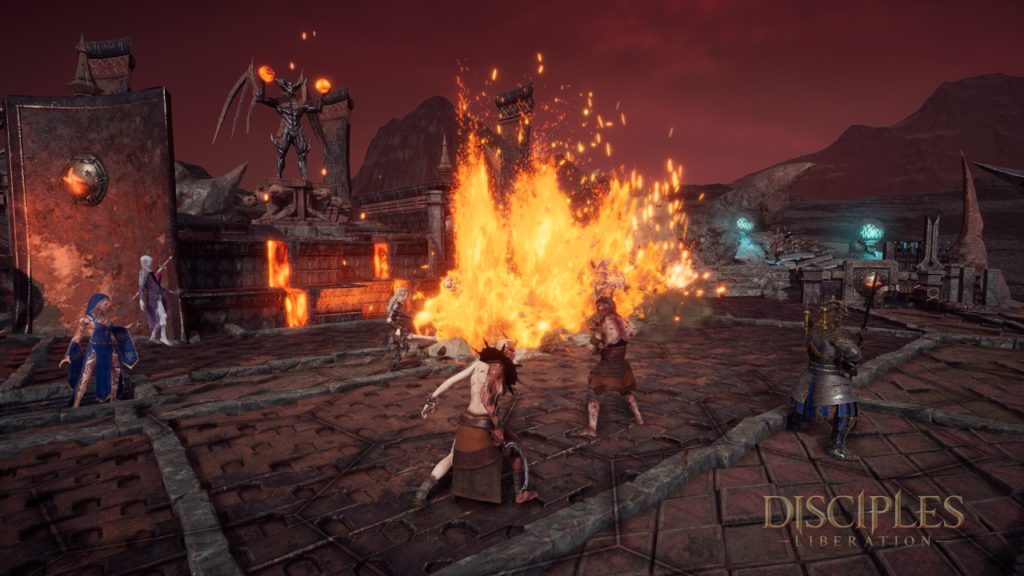 Who is the main character?

Follow Avyenna – child of two worlds and yet part of none – on her dark journey that will change Nevendaar forever. Starting out as an unknown and petty mercenary, her quest will lead you through sorrow and bloodshed to gaining control of a mighty army, ready to challenge fate.

In this dark fantasy strategy RPG you follow Avyanna on her journey through a dark and war-torn world in real-time and explore a breathing, vivid world filled with magic, mystery, and political intrigue.

With your army, which can be recruited from over 50 units, you’ll fight complex turn-based battles against beastly creatures, in which only proper tactics will lead to victory.