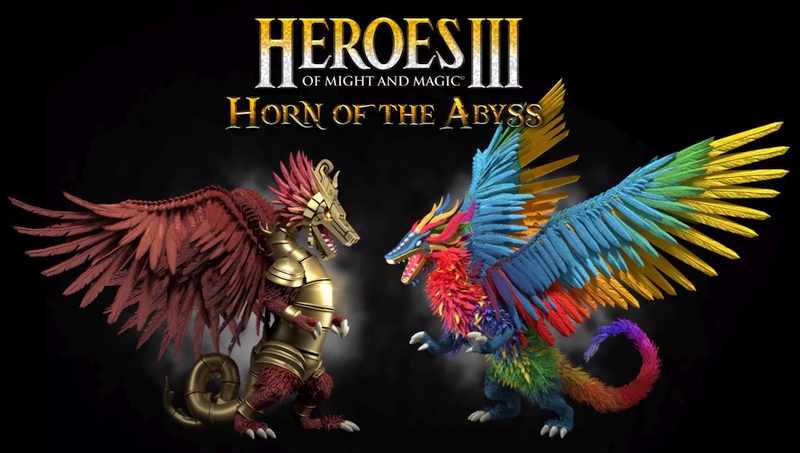 Couatl: In the previous article about the Dreadnought, more attentive readers could notice that the unit’s tier was not announced. It read: “One doesn’t have to be a visionary to guess its level in the town’s lineup, but the specifics will be made public only with the announcement of the next unit.” And now the time has come for that announcement, along with the confirmation that the Dreadnought is a Tier 7 unit of the Factory.

However, it will not be the only one. In fact, the Factory will have two Tier 7 creatures: the Dreadnought and the Couatl.

Unlike in Heroes IV, they will not be alternative options the player decides on and constructs the dwelling he likes more or can afford. Both Tier 7 dwellings of the Factory will be available for construction in any town by default. The only issue is availability of funds and choice of strategy.

Before turning to the detailed description of the Couatl, let’s focus on, perhaps, the key concept of the town’s lineup. By now it is already known that ideologically, the Factory is the town of artificers – inventors capable of creating their own designs powered by their engineering prowess, but also of subjugating nature itself; forcing its laws and natural resources to work for the benefit of technological progress. The town’s lineup is a clear illustration of this idea. It can be tentatively divided into two “development branches”: the branch of nature and its improvement and the branch of technological creativity:

The idea of improving the nature, shown on the left side of the chart, manifests through upgrading the units: harmless Halfling farmers turn into Grenadiers armed with explosive charges, crude but quite real. Armadillos, wild inhabitants of the Wastelands, can be upgraded into Bellwether Armadillos, a meticulously bred race of especially strong and hardy animals. Sandworms already are strong and scary enough to terrorize mining towns on the plains of Jadame; when upgraded, they become genuine killing machine, artificially re-evolved courtesy of the legendary warlock Agar.

Finally, the Couatls are rare, fragile, but legendary jungle dwellers who have almost vanished off the face of Enroth; the upgraded version on them is the Crimson Couatl, a lost species restored by Factory scientists and clad in durable armor. As with everything described above, the expedition to find and tame the Couatls will be the theme for an episode in the story of the Factory.

Gameplay-wise, the concept of two development branches will mean that the player will be able to relatively quickly move up the single selected branch of the tree. The priorities and specifics of a particular map may hint at leaning towards the “technical” or “natural” options. However, there’s always the option to spend some more game days and resources on building your town all the way up and taking advantage of the full breadth of tactical possibilities the Factory can offer.

The introductory part is over, and now we can return to the protagonist of this article: the Couatl. 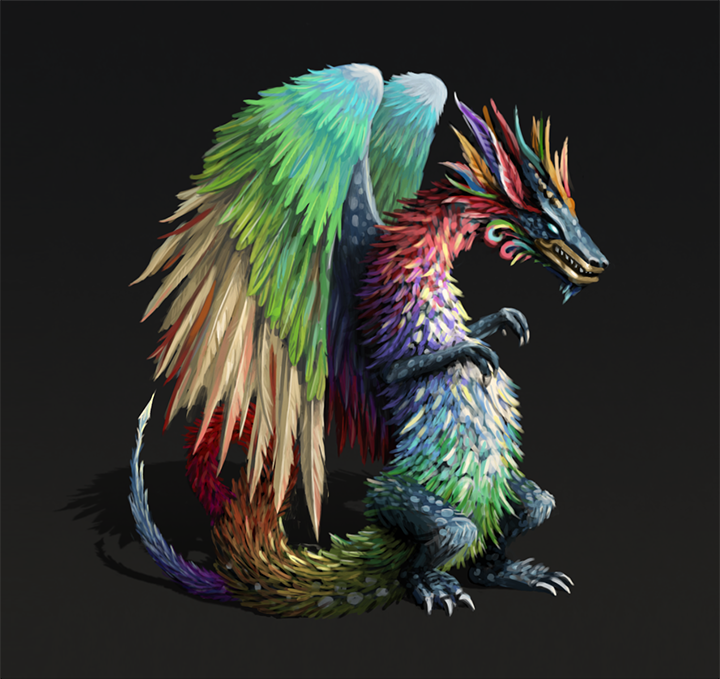 Each unit in the Factory is based on a premise of some scale in the Might & Magic universe. Some, e.g. the Gunslingers, are indirectly based on somewhat similar images and concepts, and some, like the rest of the lineup, have quite obvious roots in certain game elements created by New World Computing. The Couatls are no exception, since a unit with this name can be found in Might & Magic VIII. 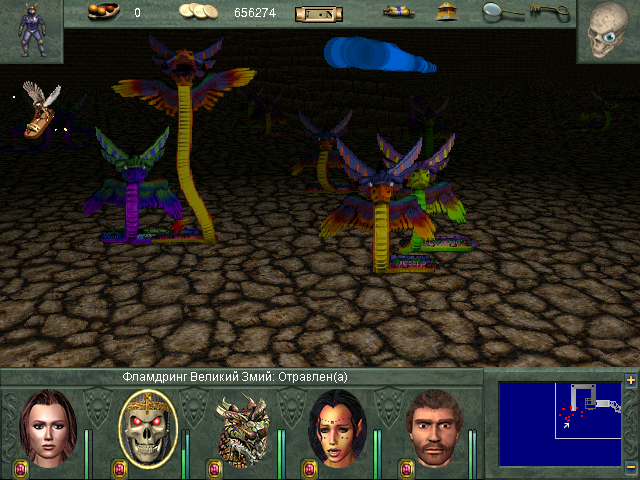 Conceptually, however, Couatls seen in Horn of the Abyss are slightly different; they are larger and have two pairs of limbs, although the upper ones are somewhat rudimentary in appearance). In the end, they are more or less feathered dragons. The reasons for the differences between different species of couatls will be described in detail in the campaign storyline; however, one can see how the number of extremities changes for the same units in the universe from one game to another. For example, the Hydras in Heroes II had no legs, in Heroes III, they have four, and in Heroes IV, just two. The Medusas have no legs in the 2nd and 3rd editions of the series, but by the time of Heroes IV, they’ve grown a pair. Moreover, physical traits of certain units can change even within the same game when a unit is upgraded; case in point, the very same Hydras with their increasing number of heads.

Both the original M&M version and our rendition of the Couatl draws heavily from the Mesoamerican style. Its direct prototype is Quetzalcoatl, a deity from the Aztec pantheon. Classical images of Quetzalcoatl are characteristically vibrant in color of the feathers that feature most hues of the rainbow.

Some parallels can also be drawn with the Phoenix from Heroes II. The Couatl virtually occupies the same “market segment” of a visually stunning creature with shimmering feathers. One of the many stylistic challenges in HotA has always been to compensate for the “fairytale” component the original version of Heroes III was almost devoid of. The developers claimed that they tried to compensate for its lack by adding more vivid content in add-ons, such as magical terrains with flames and ice, bright neutral dragons, and so on. In this respect, HotA continues the vector set by NWC.

The ability of the basic Couatl will be invulnerability. Once per battle, the player will be able to engage full invulnerability state for the stack of Couatls for one round, using a dedicated button in the interface. Roughly speaking, the Couatls will simply skip a round, but no opponent’s stack (or magic) will be able to cause them any damage meanwhile.

Couatl in the state of invulnerability. Animated model, 200% scale. By Dima Gravchenko

All in all, the basic version of the Couatl will be fast, relatively strong, and expensive, but not too well-protected and with only an average amount of HP.

The improved version of the Couatl will be called the Crimson Couatl. After the expedition to find the Couatls and the construction of Serpentariums (dwellings of the Couatls) in the Factories, the raising of their particularly rare and valuable subspecies – Couatls with Crimson feathers – became possible. Crimson Couatls are faster and more aggressive than their wild relatives, but initially they had the same disadvantage, being weakly protected. However, the scientists of the Factory managed to come up with a solution for that. From the same materials which are used to create the colossal Juggernauts, armor was developed to provide durable protection for the weaker parts of the Couatl body. 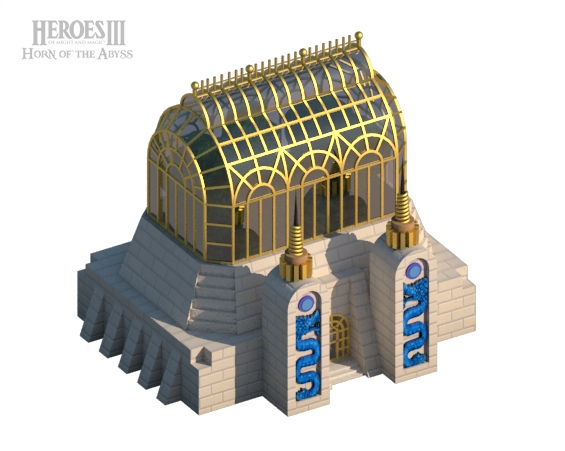 Serpentarium, by Don_ko and Agar

Perhaps the most iconic part of the armor is the mask, an even more obvious bow towards the Aztec deity.

Sketch of a mask for the upgraded Couatl. By Docent Picolan

It would be a good time to ask the question here – how do Couatls even relate to the general aesthetics of the Factory? Is it only by the fact that some details of the town’s design refer to the aesthetics of the Old West, the region located not far off? No, that would be a wrong assumption. Their actual connection is through Art Deco style, spoken about at length in previous articles. Surprising as it may be, Mesoamerican motifs are among the basic elements of the Art Deco style.

Back to game mechanics now; Crimson Couatls will possess the upgraded ability of the basic version, that is, a single chance to become invulnerable for one turn while still being able to act normally. The upgraded Couatl will not be meditating in a static pose anymore – no, it’ll show its beastly, aggressive temper, biting enemies left right and center without getting hurt itself!

Special thanks for the creation of the Couatl go to our 3D artist Dima Gravchenko. It is unlikely that anyone else could implement such a complex task so accurately. 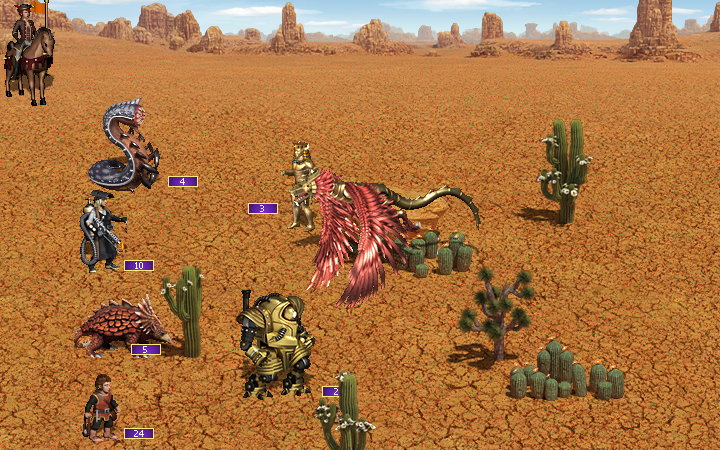