fheroes 2 release v0.9.15 is filled with new features introduced recently. First of all, team added missing Black & White cursor support to fheroes2. Now some players can enjoy the perfection of monochrome graphics.
Secondly, the team fully redesigned hotkey integration and added a separate window where players can check all hotkeys used in the game.

Speaking of windows in the game: team expanded the configuration window so players can tune sound and music directly within the Main Menu, and also to access Hotkeys window, toggle cursor type and even toggle Text Support Mode which was added some time ago. Besides the usual work on polishing campaigns and fixing any issues within them we upgraded the popup windows for awards and bonuses in the campaign window. Now every player would know what to expect and how to plan the strategy to win the next scenario.

AI has not limits for perfection! In this release AI got to know View All spell usage giving it an advantage to see everything on the map (btw, same applies for humans). AI heroes are more keen to explore and uncover more areas instead of roaming around castles and open territory. Moreover, AI heroes can now properly navigate within narrow paths and they better manage mana consumption. 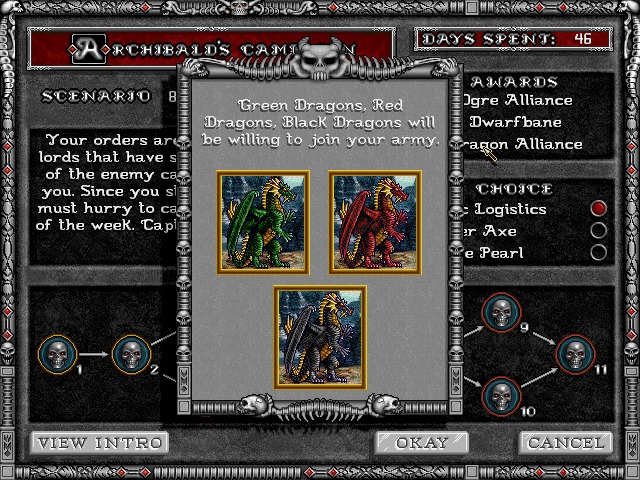