Gregory Fulton, Lead Designer on Heroes of Might and Magic III: The Restoration of Erathia (1999), is working on a “spiritual successor” to the title. The project is still in early stages.

This is coming from David Mullich, who was Game Director on Heroes 3. He made the announcement during his talk at the Talents In Games Conference. He explained that Fulton is currently absent from social media, which is why any updates on the project will arrive through Mullich’s social media accounts for the time being.

Moreover, Mullich revealed that he stepped in as producer at Cinémoi’s CinéWorld, a virtual world highlighting international culture and international travel.

This is probably a game called FANSTRATICS – fantasy + strategy + tactics. Be sure to visit Fanstratics website and subscribe to the news.

Thanks to Cody Newhouse for submitting this information.

Interview with Greg Fulton about Angels, Gelu and Heavenly Forge 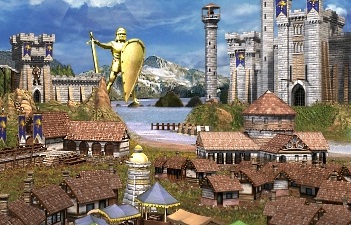