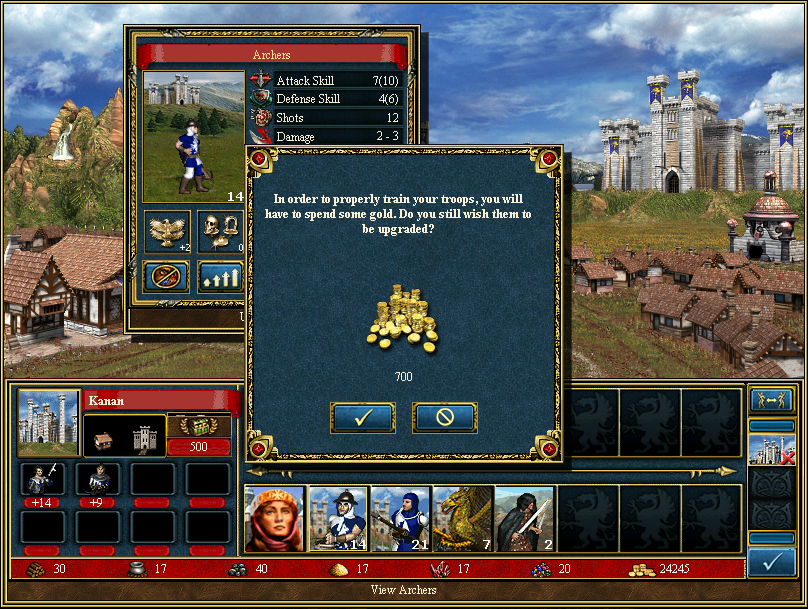 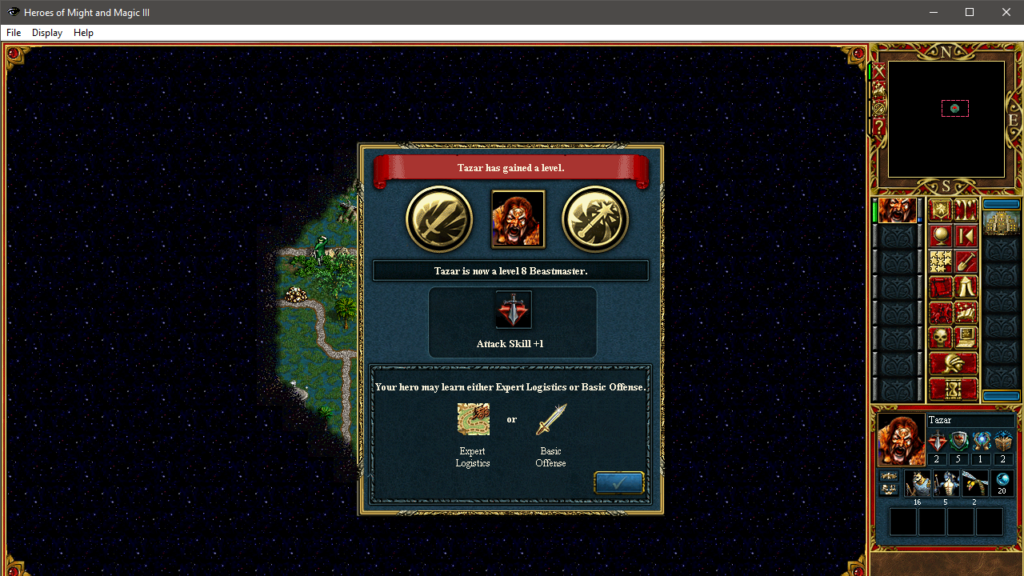 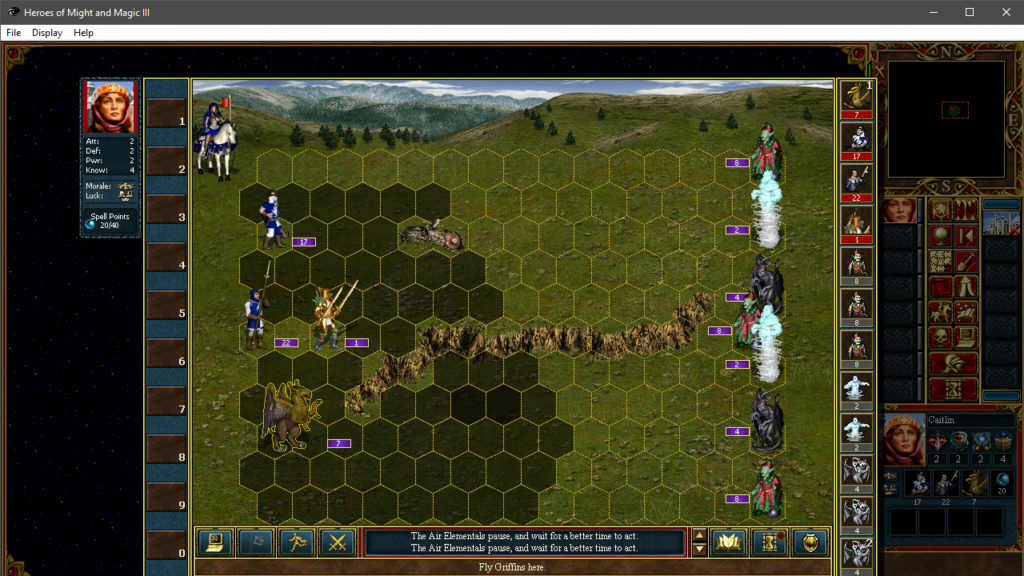 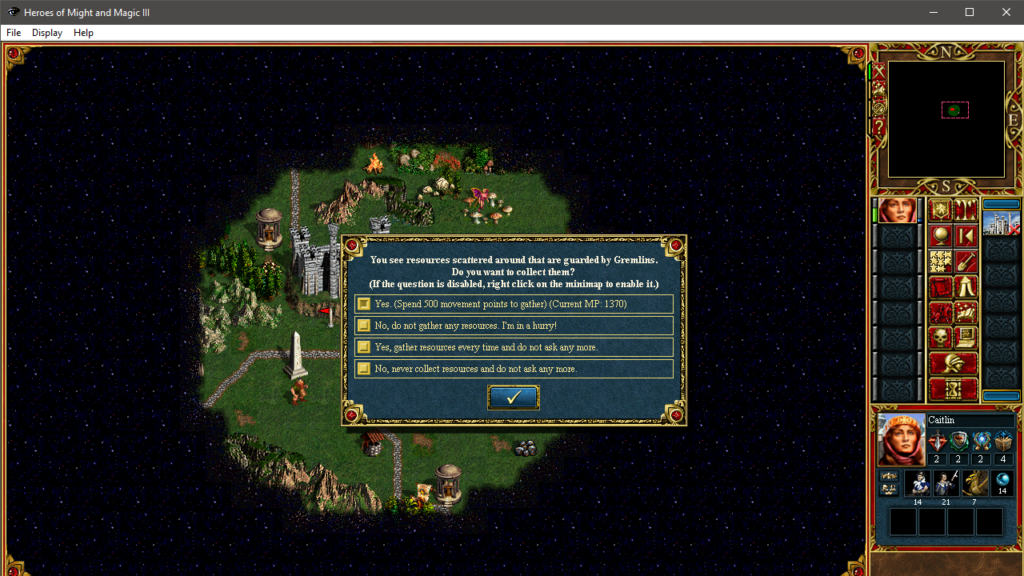 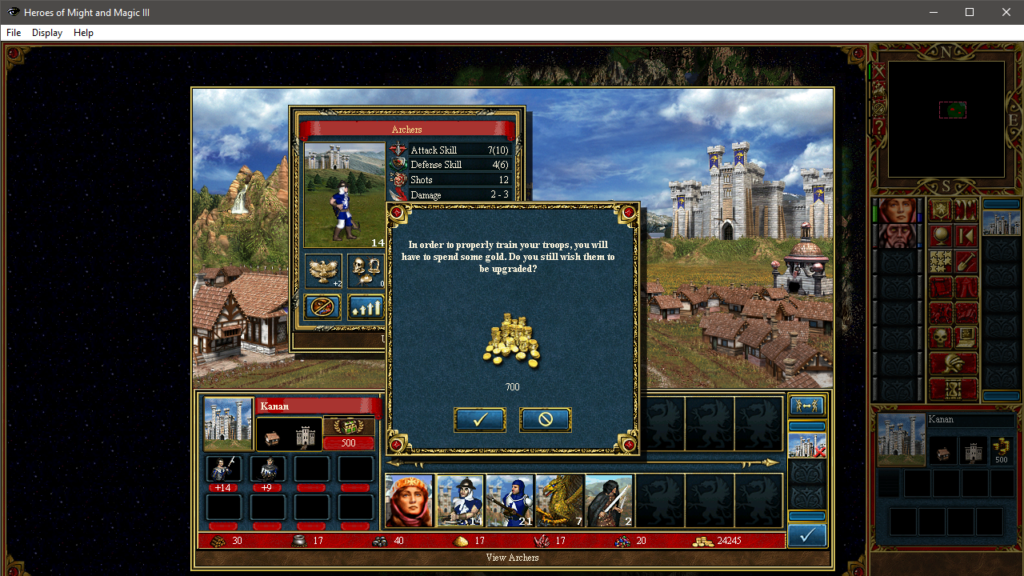 * Now neutral monsters will join the hero if the hero has the “Diplomacy” skill.
* Changes in Panda Upgrade Mod:

– The new interface has been moved to a separate mod.

* Updated ERA and scripts of the Era Erm Framework mod to version 3.3.5:

* Correction of the “Death Chamber” option:

* Correction of the “Henchman” option:

– Bug fixed: genie lamp did not mirror on mirror templates.

– Changes for compatibility with the future version of HotA.

– Added a translucent border for the dark edges of the map opening.
– Returned the standard Era picture of the commander of the “Astral Spirits” (non-standard ones caused crashes of the game).
– Ability to quickly save the game by pressing F9 has been moved to Panda Upgrade Mod.
* Updated Panda Upgrade Mod:
– Added the ability to quickly save the game by pressing the F9 key. The save will be named QuickSave.GM1. Pressing F9 again will overwrite the old save.
– Added a new interface.
– Added the ability to view the spells available to the hero by right-clicking the book of magic, turn on the tavern. If there are more than three spells, then the spells will not be shown, only their number.
* Updated Difficulty Mod to version 1.032:
– enabled the Dif option to add extra abilities to enemies stacks (experimental)
– improved the AI artifact equipment mod, now AI will not equip double items
– improved reward chance for Battle reward, if the chance is bigger 55% you have a small chance to learn a spell if the chance is bigger 65% you have a small chance to find an artifact
– Monster now will not be set to aggressive automatically, instead, the aggression of all monsters on the map start will be increased by 2 or 3 points, making it less likely to get joiners
– added a check to prevent AI heroes’ primary stats overflow. Now AI heroes will never have more than 99 of any skill point
– lowered the chance for the Battle Commander to appear by 4%
– the Battle Commander will no longer spawn in creature banks
– lowered the creature growth in creature banks for Hard/Extreme/Insane setting
– changed triggers for Battle Replay to !?FU(OnBattleReplay)
– some more small corrections in Dif Mod.
* Other minor minor changes.