Heroes 3.5: In the Wake of Gods Portal > fheroes2 update v0.9.14 with support for MP3 and FLAC in-game music file formats 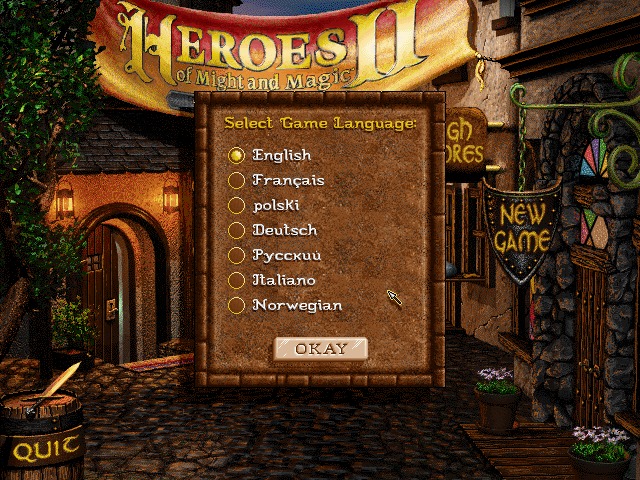 Another month has passed and as usual fheroes2 team presenting to you a new version of fheroes2 project – 0.9.14! In this release the team made huge changes in translation support. They added in-game font generation for Norwegian and Italian languages and also updated most of translations. Additionally, Battle Only button for many languages was fixed.

AI now can use Dimension Door…

Artifact based logic and code was completely reworked fixing many places of incorrect effects from artifacts and even missing bonuses. Artifact related logic works exactly as in the original code. With new changes it would be very easy to add new artifacts into the game or modify their abilities opening huge possibilities for modding.

AI has become smarter as well! Team optimized AI decisions on spells, castle construction priorities and AI now can use Dimension Door… Do not be surprised if an AI hero may jump out from nowhere.
fheroes2 team also fixed multiple issues with monster growth, surrender cost and movement logic during battles. On top of this the team completed work for native macOS application support but we need to sort out digital signing for it.

Lastly, support for MP3 and FLAC in-game music file formats was added. As usual the team fixed more than 50 bugs since the last release.