Heroes 3.5: In the Wake of Gods Portal > fheroes 2 update v0.9.12 with Betrayal scenarios for Roland and Archibald campaigns 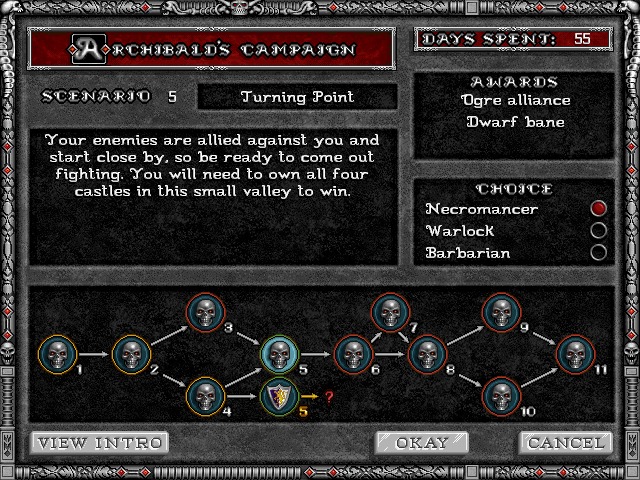 Free Heroes of Might and Magic II Resurrection is not only a remake of the original Heroes 2 game for current platforms but it also includes modifications of the game interface so that players can use certain mechanics in the most comfortable and intuitive way.

We recommend to use SDL2 version for latest OSes, while SDL1 is preferable for old systems.

fheroes2 team added betrayal scenario for Roland and Archibald campaigns where players can switch side and play for the opposite Lord. The team fixed few other small issues related to campaigns so you can enjoy playing it even more.