SoD_SP is a plugin for Heroes of Might and Magic III : Shadow of Death (SoD) / Complete which can be enabled with the HD mod. It is meant to be used in Single Player only.

SoD_SP adds a number of features aimed at enhancing the user experience (quality of life) while maintaining as much of the original gameplay mechanics.

Some of these features already exist in some expansions or mods but were never incorporated to SoD while some features are completely new. It also aims at correcting some long-standing bugs.

Using the F12 hotkey while in Combat or on the Adventure Map, you can turn on/off any of the customizable SoD_SP options that are also present in ‘SoD_SP.txt’.

As part of every new release, a self-installer option is now available. You need only provide the root folder of your HoMM3 installation with HD mod.

After installation, you will be offered to add SoD_SP to the HD mod’s packs list. You can also select which language should be used in-game.

You can modify the SoD_SP options found in the accompanying text file ‘SoD_SP.ini’ by pressing the hotkey ‘F12’. This hotkey is available from the adventure map, the battlefield and the game menus. These modifications can be saved to the text file, hit the Save button bottom right. 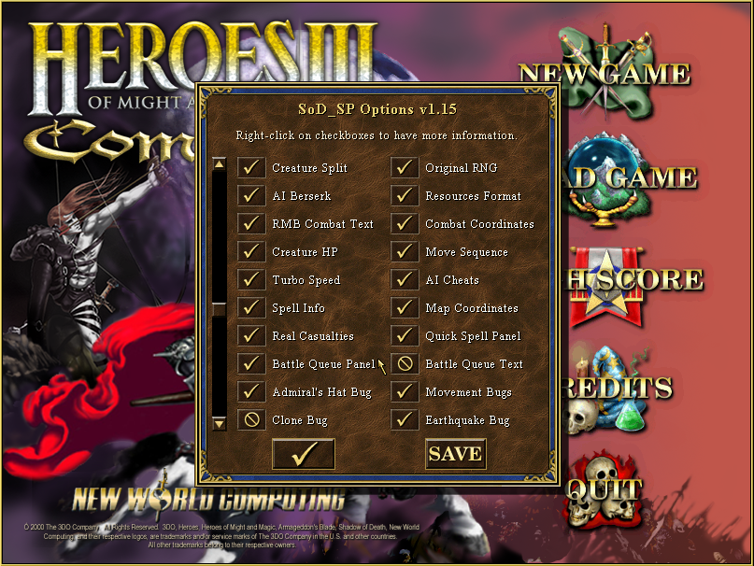