The Drifter is might affinity neutral hero class. The purpose of making the new neutral class is to introduce new heroes who have specialties in neutral creatures. Drifters (8 new heroes) can be hired only in Taverns (in town and on adventure map) and freed from Prisons.

On random maps they’re pretty useless, on custom maps can bring some interesting variety in gameplay. But to make them more useful all Drifters have two specialties: not only in creatures but also in resources, spells and other features. 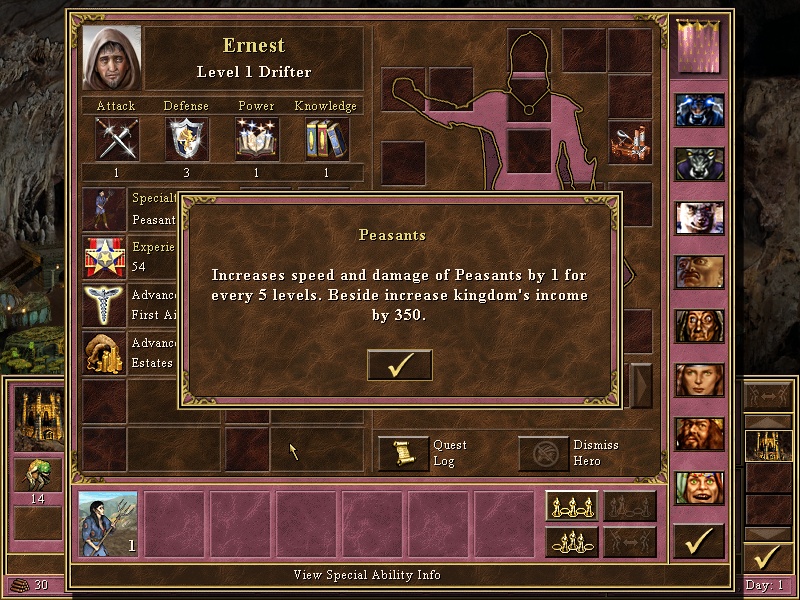 Ernest has long been a well respected member of the community. When troubles and war arise, Ernest is usually the first to step up and organize the peasantry to defend their homes, organizing them into a force that would make any general proud. 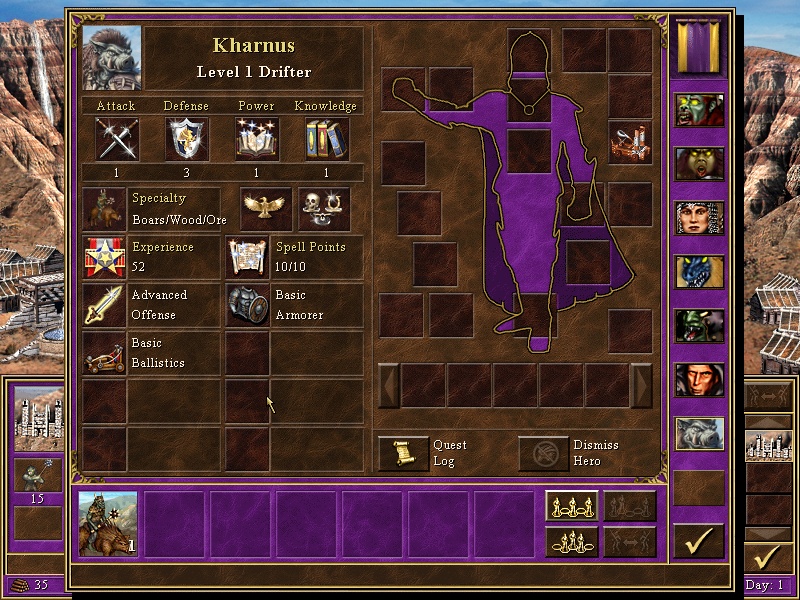 Kharnus has always been an admirer of the human cavaliers, even when fighting against them. He found these noble knights so inspirational he studied them for years, and then trained his cadre of Boar riders to great degree. Now his Boar Brigade is a match for any cavalry unit they take on, and has earned the grudging respect of many a general. 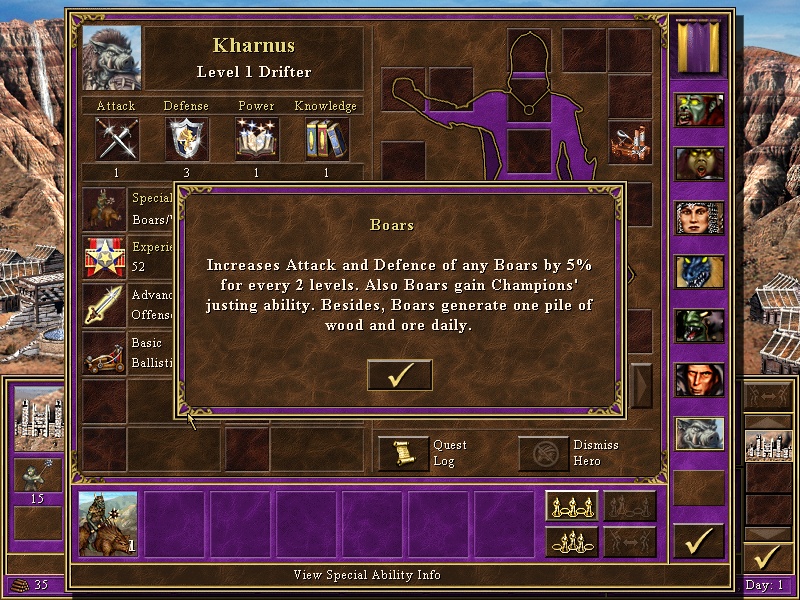 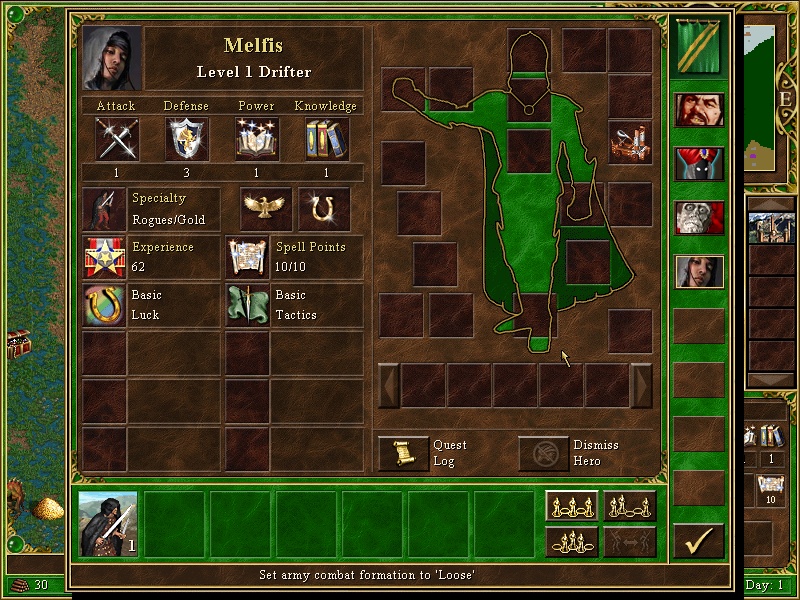 Melfis was taken into the Thieves’ Guild when his family was killed by a Magog attack of their village. As such he trained hard in the guild, becoming one of the most skilled of rogues, and rising through the chain of command, always keeping in mind his hatred of the Gog and Magog kind, always knowing he would one day hunt down and destroy the tribe that slaughtered his family.

Oshmar is one of the strongest, most powerful trolls in the land, and an inspiration to his fellow kin. Most other races would also agree he is one of the ugliest trolls, a fact he takes with great pride.

Romires is a skilled equestrian with few rivals. His skills on horseback are so renowned that his tribe follows him with unswerving loyalty, calling themselves the ‘Knight of Romires’. 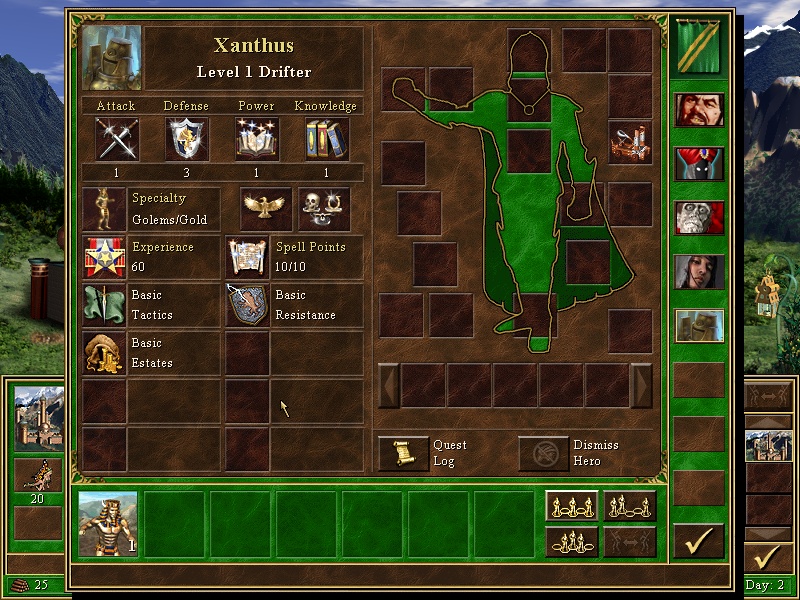 Xanthus rose to power during the wrath of the gods, quickly becoming known as the ‘Lord of Golems’ for his ability to lead his fellows in battle with almost supernatural ability, summoning many of his troops seemingly from thin air.