Heroes 3.5: In the Wake of Gods Portal > Master of Magic BETA 2 preview, re-imagination of the 1994 classic fantasy 4X

I got a new preview version of Master of Magic remake from Slitherine Games for which I am extremely grateful. A lot has changed, the gameplay is smoother and the game reminds me more and more of the original DOS version, which is amazing! Master of Magic will be published on PC on December 13th.

Rjak:
Rjak is a warlock who mastered Death magic. Their true nature or origin remains a dark mystery. Some say they have no physical body under that strange cloak. Others whisper of their true connection to death itself. Rjak possesses the fearsome ability of Infernal Power, which amplifies their command over places of worship under their control.

Lizardmen:
Lizardmen are small, bipedal, aquatic reptilians. They are agile and resilient and can move on water. What they may lack in stature, they make up in numbers. There are some theories that suggest common ancestry with the draconians, but neither race finds them convincing. Lizardmen form mostly tribal societies, and htey tend to build settlements using simple technologies.

Draconians:
The draconians are an old race descended directly from dragons. From their ancestors, they retained their wings, a strong, natural gift for the arcane arts, and the ability to breathe fire. Fearsome and undeniably powerful, the draconians rule via a combination of militaristic regime and bureaucratic cabals, but, despite this harshness, they also value wisdom and knowledge. 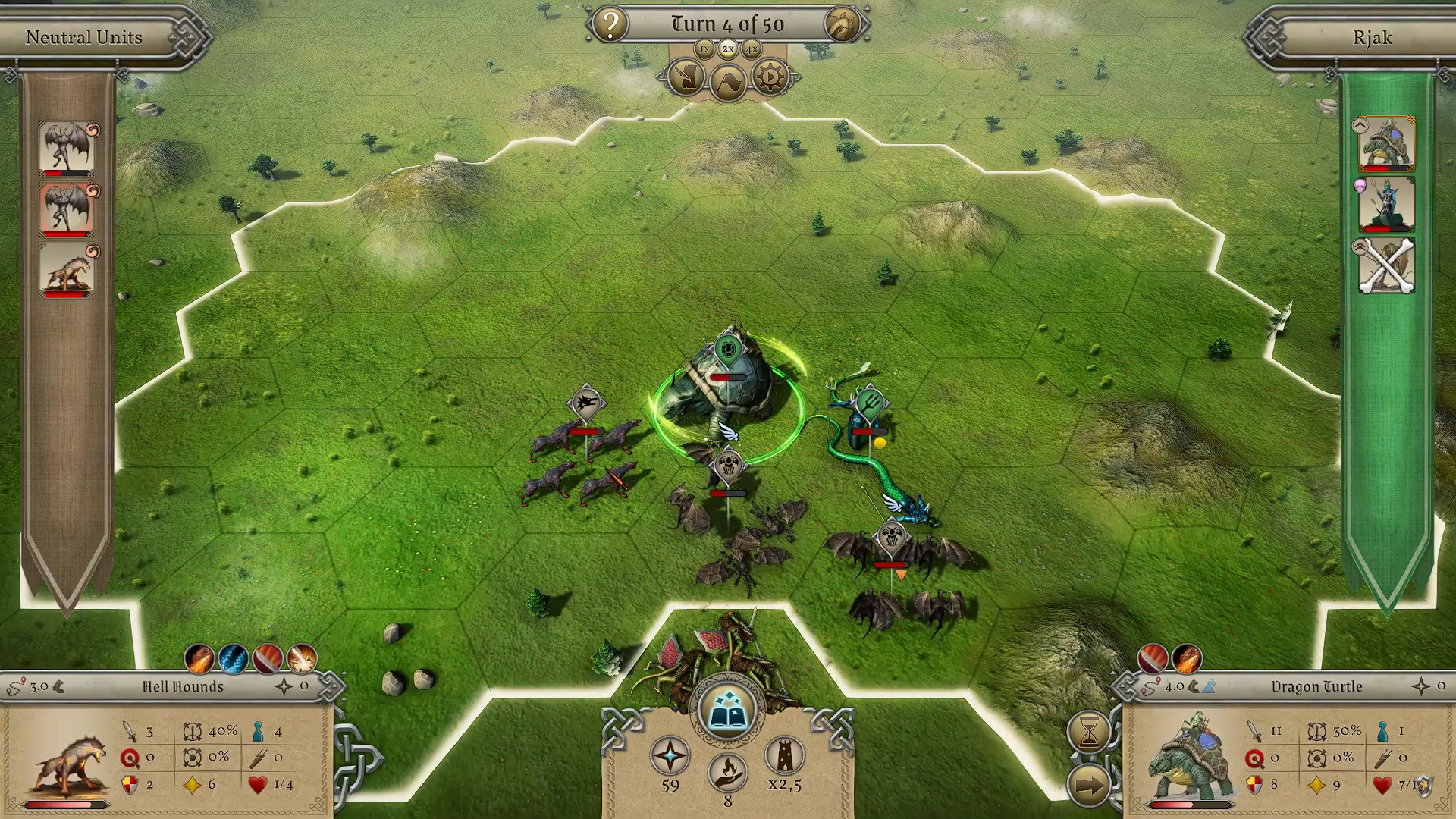