Heroes 3.5: In the Wake of Gods Portal > HoMM3: The Board Game – The Battlefield expansion revealed

HoMM3: The Board Game – The Battlefield expansion revealed 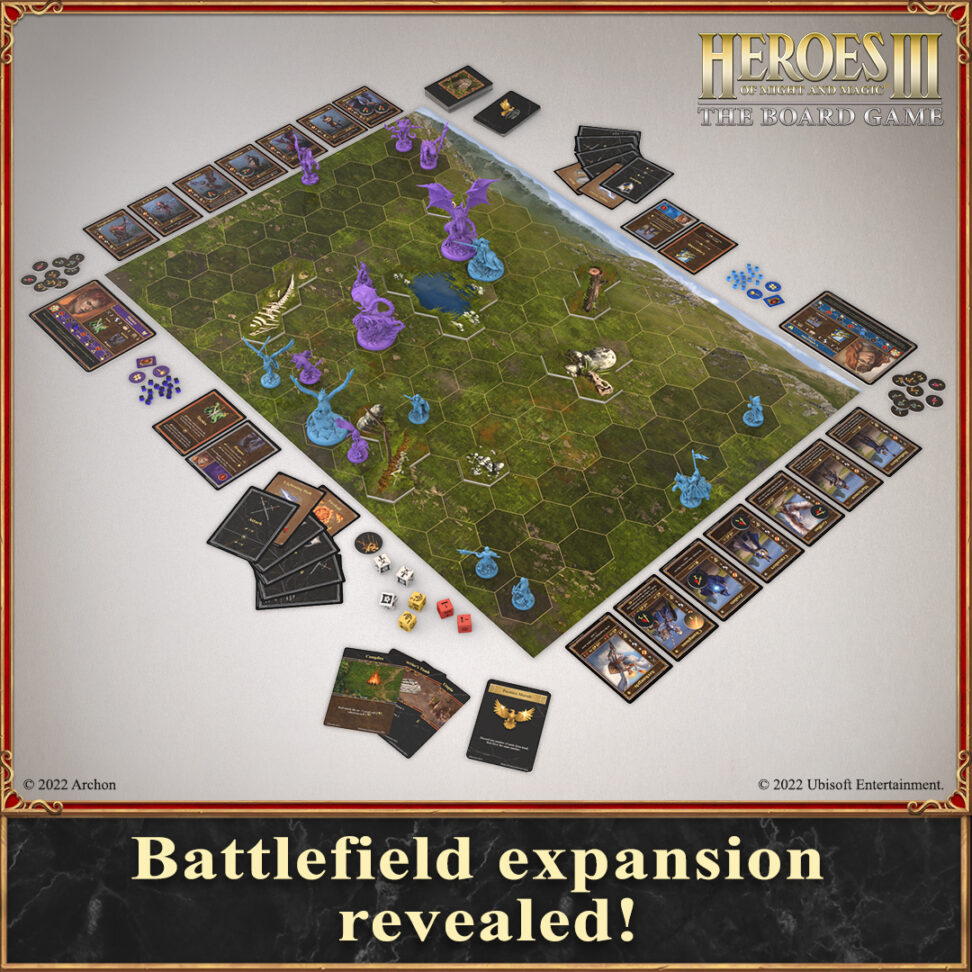 The Battlefield is calling your name

You send us many questions about our miniatures. Enthusiasm of some of you reaches Futurama’s Fry-levels. It’s difficult to imagine playing HoMM3 without a Hero gallivanting across the map on a horseback. It’s even harder to picture the game with carefully calculated combat or at least some battle strategy carved out. Recreating the experience without a computer screen requires something in its stead—minis. So, if you’re into that, we bear great news about an expansion that will make your experience with them even more unique.

The Battlefield Expansion changes your combat board into a real battlefield. It’s not about mere victory anymore, it’s about controlling your units with miniatures, it’s about the battle itself! But that’s not all, as the expansion introduces several modes you can use while playing. 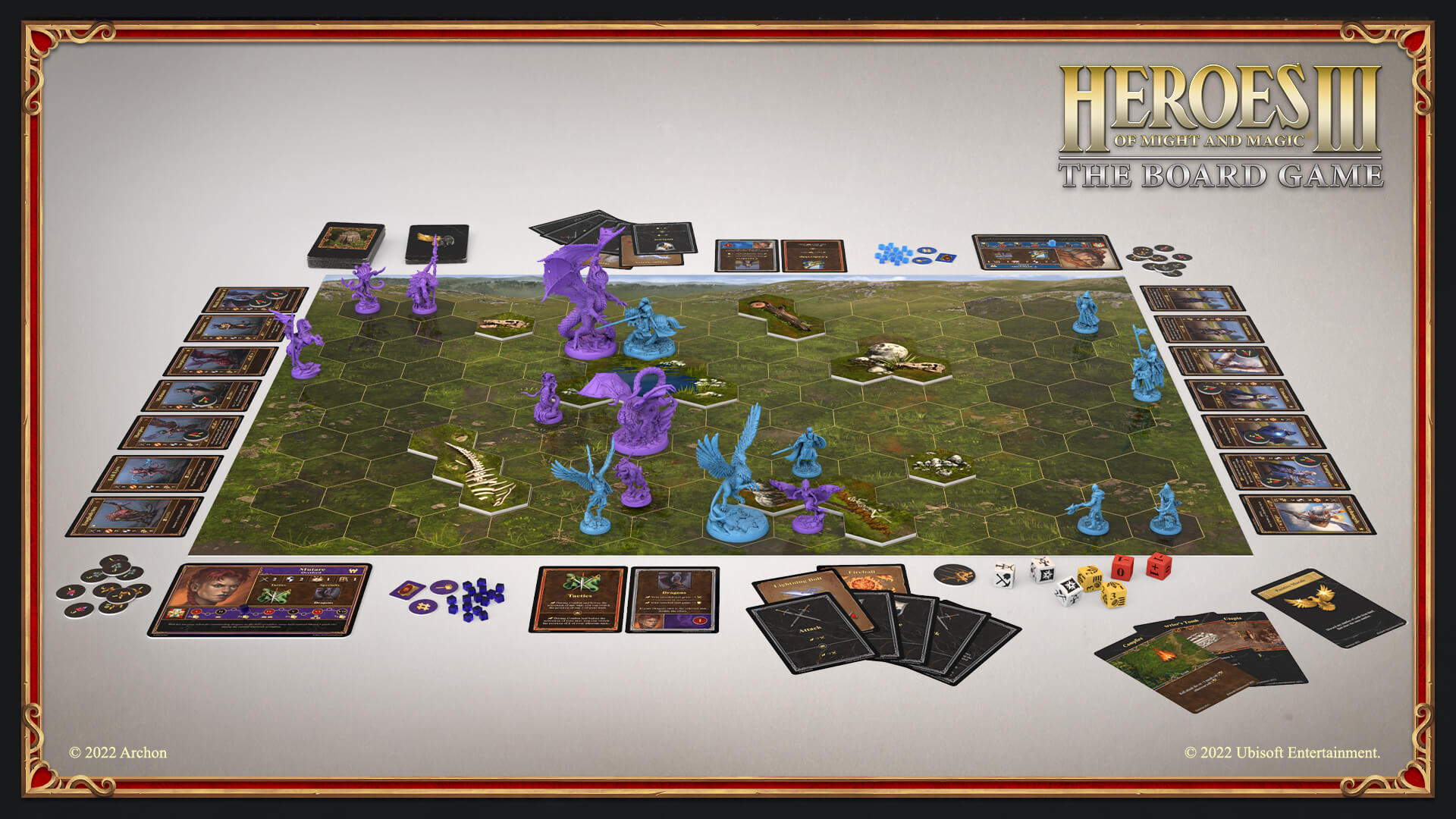 The first one is the two player mode, “Adventure.” It substitutes the map with a deck with cards representing various map objects, like Windmills, Obelisks, and so on. Instead of moving around the map, you draw, choose, and resolve cards. You will also collect and spend resources to muster an army or build your town. 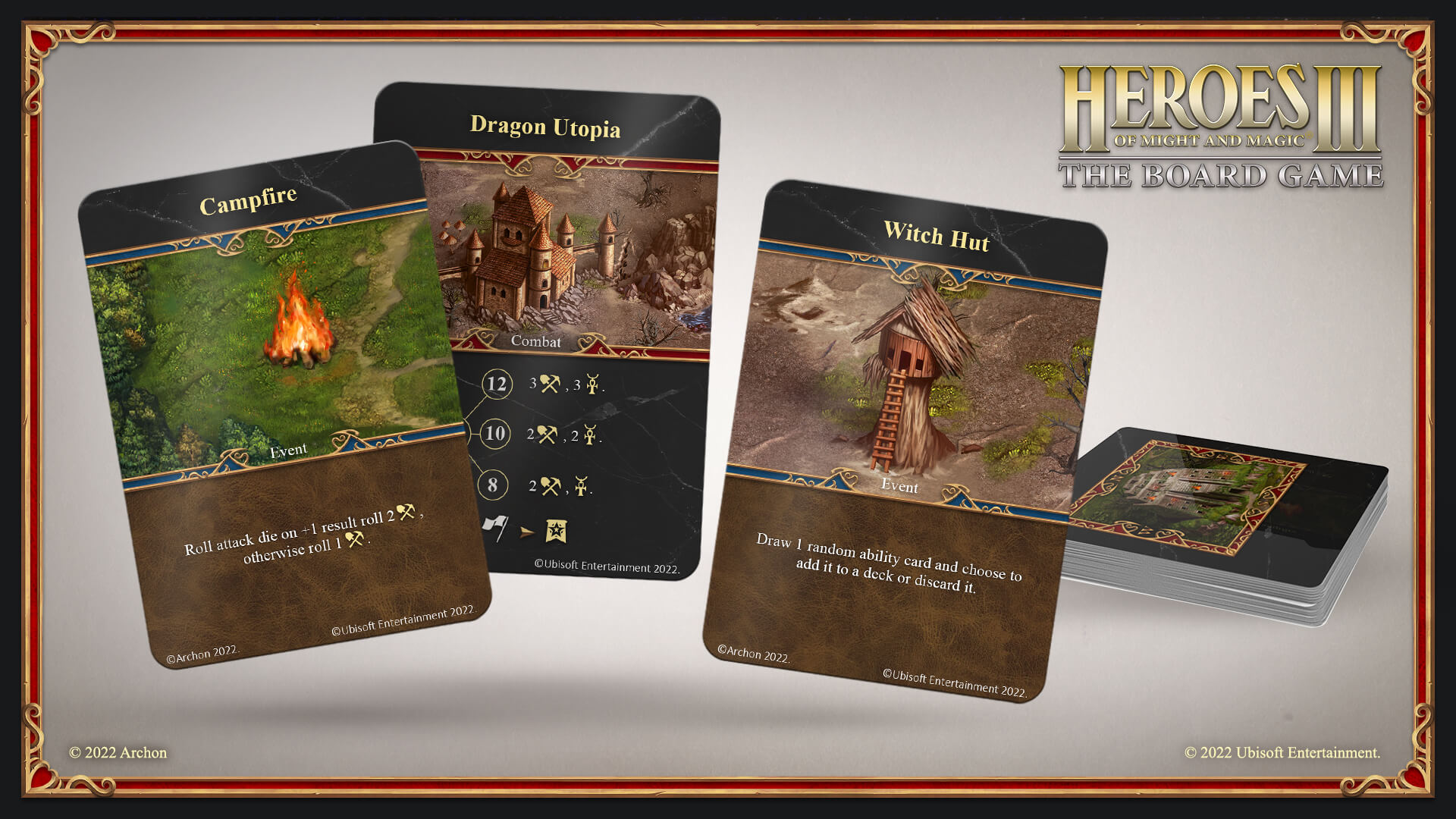 Every round, the current first player draws 3 cards from the Adventure deck, then they choose one of them to resolve and pass the rest of them to the 2nd player. Of these, the second player picks one card and discards the other. As the game progresses, you will gather riches and spend them on building your might. Or your town. Or both.

Finally, the time has come to prepare the Battlefield. Starting from the first player, each of you chooses up to 2 Obstacle tokens and places them on the map. Then, you draw cards from your decks. The card limit depends on the levels your respective Heroes have reached during the Adventure. Next, starting (again) with the first player, you take turns placing your units in your deployment zones, one at a time. 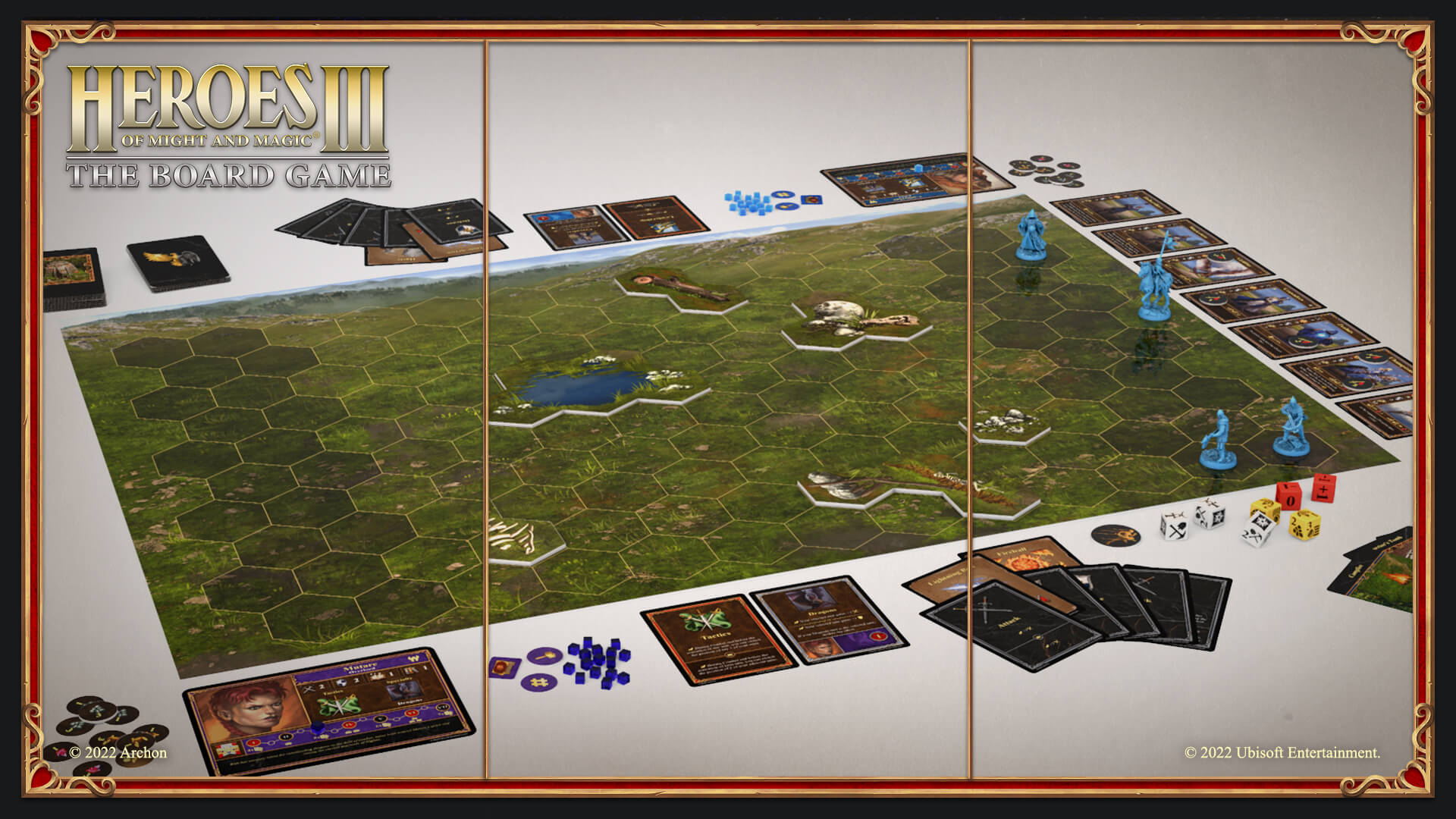 In general, the combat follows the core rules. There is only a minor exception, though; your units’ Initiative shows how far they can move during activation. Now it’s up to you to mastermind how to make use of the obstacles placed on the map to have the high ground. Also, the limit on playing expert cards is per round instead of per combat. And to make the game spicier, at the start of each combat turn, each of you draws 2 cards from your Might and Magic decks.

In short, the Adventure deck lets you focus on the Battlefield Board and make the most of the fight.

Now for the other mode—the Skirmish. With just a few special rules, it allows you to quickly create your deck and army, and jump straight to the Battlefield. It’s a perfect solution to have fun if you don’t have the time to play the entire game.

Aaaand there’s one more mode! One that was made with the bravest players in mind! With these rules, you can have the best of both worlds, you can add the Battlefield Board to any of your core game and expansion scenarios. But be aware that a full game can take some time. We recommend using it during Hero vs. Hero battle.

With this expansion, you can make your units proudly make their stand on the battlefield (quite literally!) and become a true Hero by wisely leading them to glory! Prepare a sneaky trap for your opponent, use cards on your most crucial units, and take advantage of your positions and obstacles to outsmart the enemy. But beware, your enemy is a cunning one as well, and has devised a devious plan to vanquish you, too!