Heroes 3.5: In the Wake of Gods Portal > VCMI team is happy to announce the next major release of VCMI 1.0.0

VCMI team is happy to announce the next major release of VCMI 1.0.0

Several years have passed since VCMI 0.99 and it’s about time for a new release. Tons of changes, improvements, and fixes have been introduced during that time, so it’s hard to recall all of them. However, we’d like to highlight several major changes.

Lodestar grail (HotA mod) finally can reveal all the map! We were working hard to track down and fix crashes that severely affected VCMI gameplay. Now they are rare beasts but if you manage to find one do not hesitate to report it!
Adventure map

Hero exchange window has got a few additional buttons and keyboard shortcuts to ease army and artefact exchange. If you do not see them after installing the release make sure you have the latest VCMI extras mod installed. 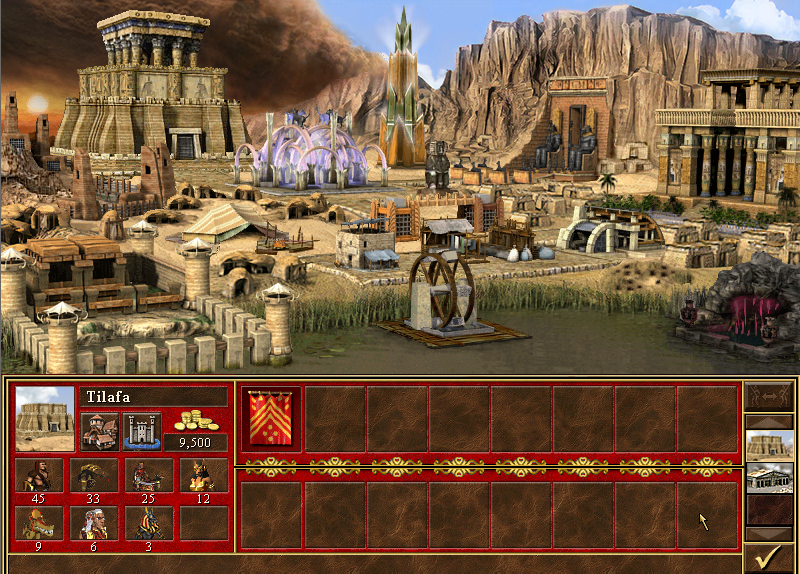 You are welcome to try an alternative AI algorithm called Nullkiller which shows itself well on small and medium sized maps. For larger maps you should better go with classic VCAI computer player which was also significantly improved. From the launcher settings you can always choose the AI you like and enjoy the most.

VCMI was built for modding, but with this release we significantly enhanced the mod system. Among various gameplay tools we introduced support for adding new terrains. It is a natural evolution of new town support as they need to have unique terrains, battlefields, mines and map objects. This feature required deep refactoring of the game engine so unfortunately saves you made before release 1.00 will not be compatible. It’s a good reason to make new ones!

RMG also has undergone huge changes. First of all, normal and island water options are supported now. Secondly, as mods can introduce new terrains and objects, RMG has got powerful algorithms to generate new terrain patches and to place new objects provided by mods. And finally, we improved the generator in terms of aesthetics, obstacles placement and stability as well.
Launcher

The VCMI project is now actively maintained once again. There are several active contributors working on new amazing features. Not everything made it into this release so stay tuned for next announcements!