Unoffical Community Patch (UCP) is a community modification for Might & Magic: Heroes VII and its expansion Trial by Fire. Since the game development ended in 2016, no more official updates can be expected and it’s just up to this game’s loyal fans to fix the remaining bugs and make Heroes VII great again. And so the largest bugfixing patch for this game was born…

This is the list of all changes in comparison to the previous version 1.2 (2019).

If you encounter any other bugs, please, use the Trello board (where you can download newer versions sooner) or the dedicated Discord channel (where you can discuss anything and help with development). The comment section here can be used as well but the comments can be addressed with significant delay.

We will be glad if you help with updating any existing translation to the 1.3 version or creating a new translation! 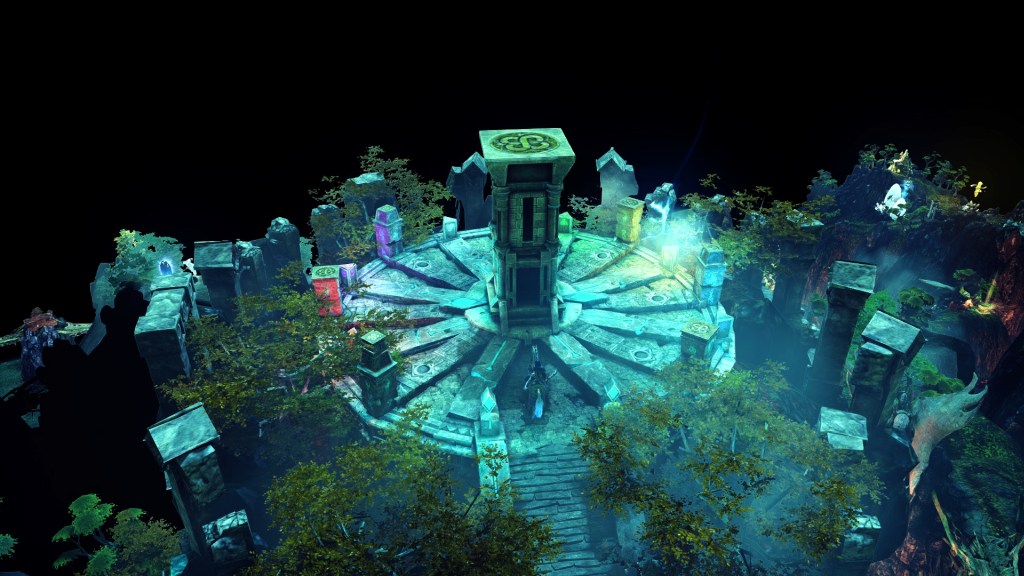 130. Hearthguard spear fix: now resets mana discount after combat, so the bonuses cannot stack 😉
131. Fixed duration: Lightning reflexes scroll
132. Spell Plague causes combat crash if it kills the last unit
133. Shadow Image is destroyed on some occasions
134. Rune of Balance causes complete immunity of a creature => Rune of Balance now also negates effect of Rune of Scattering in its area
135. Alesia – Vestal: Healing sister’s splash healing breaks
136. Cleansing Aura removes only one random effect (not all) as intended by tooltip
137. Arkath’s Blessing displays wrong value
138. The Shroud of Malassa skill “Mephitic Scent” caused creatures to damage the friendly town gate when moving through it during a siege.
139. Water shield reduces not only damage but also positive buffs
140. Summoned creatures do not get bonus HP with Nature’s Vitality correctly
141. Diplomatic Immunity doesn’t apply => effect changed to: Hero gets +1 Defence for each traveller’s bonus from a neutral building they have.
142. Shroud of Malassa displayed twice (regain at the end of round)
143. Yog’s spec does not work as intended
144. Tsunami not affected by Master of Magic, Water Wisdom or Chaos Magic
145. Preemptive Strike causes issues with Vilma’s spec or Shieldguard’s Defensive ability
146. Lightning Reflexes sometimes display wrong values
147. Warcry Attention! sometimes does not provide additional hit
148. Coordination doesn’t trigger correctly with Face of Fear
149. Wasp Swarm’s target limit does not apply, sometimes it disappears so the whole spell’s behaviour changed
150. Frenzy causes units to get stuck
151. Dragon Breathes effects sometimes display and deal 0 damage
152. Hero specializations providing additional skills do the same on every reload, so the whole skill can be levelled-up this way
153. Bonuses granted by weeks of: idleness, trade, training, raids are lost on reload
154. Week of magic effect seems to persist
155. Tower of necromancy keeps stacking and not applying to new heroes after town c changed completely to require hero visit
156. Bursting Rage often deals no damage when the Bloodrage expires

– Added new heroes (Lorelei & Asalah) replacing heroes Ranleth & Dagar in the hall of heroes to avoid campaign duplicities
– Ymoril, Edric and Menan get their original specialization back
– Added creatures from AC mod as neutrals, improved abilities and visuals of these units
– Added new combat maps from Romansen’s old mod
– Diplomacy reworked: now slightly decreases prices; added a new perk
– Improved quality & design of many icons
– Improved missing sounds of several abilities
– Lightning Chain scroll removed from the game (bugged)
– Firewall and Fire Breath deal damage only once per turn (not instantly but only on the creature’s turn) to balance it with the rest
– Many tooltip improvements as always