Heroes 3.5: In the Wake of Gods Portal > Cloned creatures can be also raised as skeletons with Necromancy skill

Cloned creatures can be also raised as skeletons with Necromancy skill 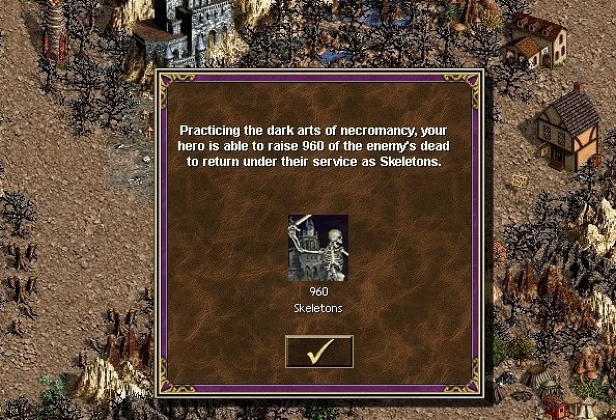 However, in this case only 66.6% of Skeleton Warriors are raised compared to Skeletons. If there are no available slots and no skeletons (either kind) in the army, none of the killed enemy creatures are raised.