Another Heroes 3 Mod, named in loving tribute to AM2R (Another Metroid 2 Remake), is my personal take on one of the greatest strategy games of all time. When I first started working on this little project several years ago, I couldn’t have possibly dreamed how far it would eventually come. Released as version 0.1 at the beginning of this year simply to get what I had out there, I’ve since managed to accomplish every goal that I set forth on a core design level. Future development will focus exclusively on the addition of more content (i.e. maps)… or at least that’s the plan. We’ve all seen how well that assumption ends up in practice, so please feel free to let me know how it can be improved!

Many of you have never heard of or played Heroes of Might & Magic 3, but have played Brave New World and are taking me at my word that it’s a game worth playing. Others are familiar with H3’s pedigree and are interested in seeing what I have done to improve it. The very short answer for anyone familiar with my previous work is that I gave it the “Brave New World” treatment in that I aimed simply to make the game a better version of what it already was by accentuating what worked best and tweaking what didn’t. If you want to know more, consult the documentation included with the download or just dive right in. – by BTB (mod author) 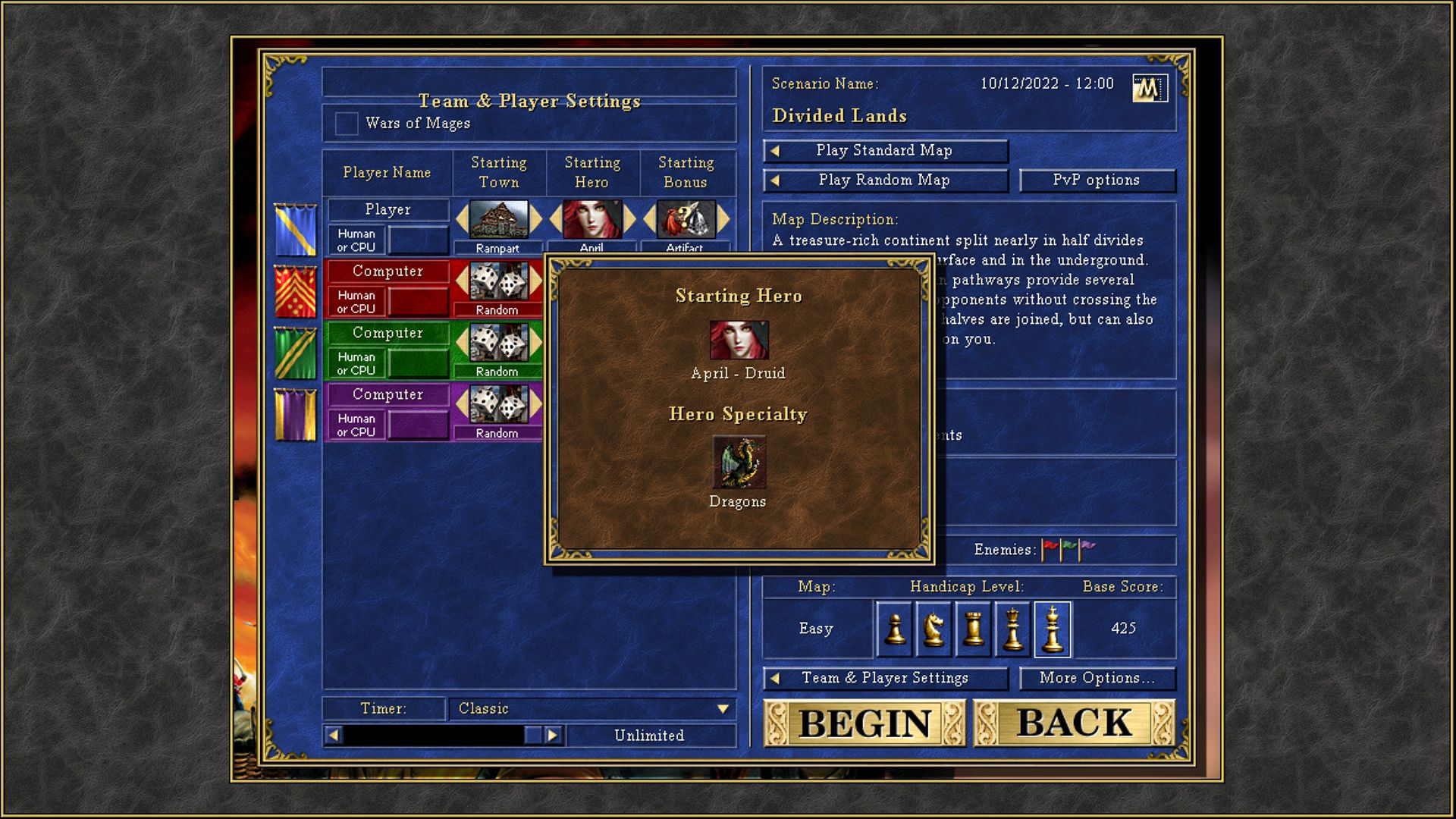 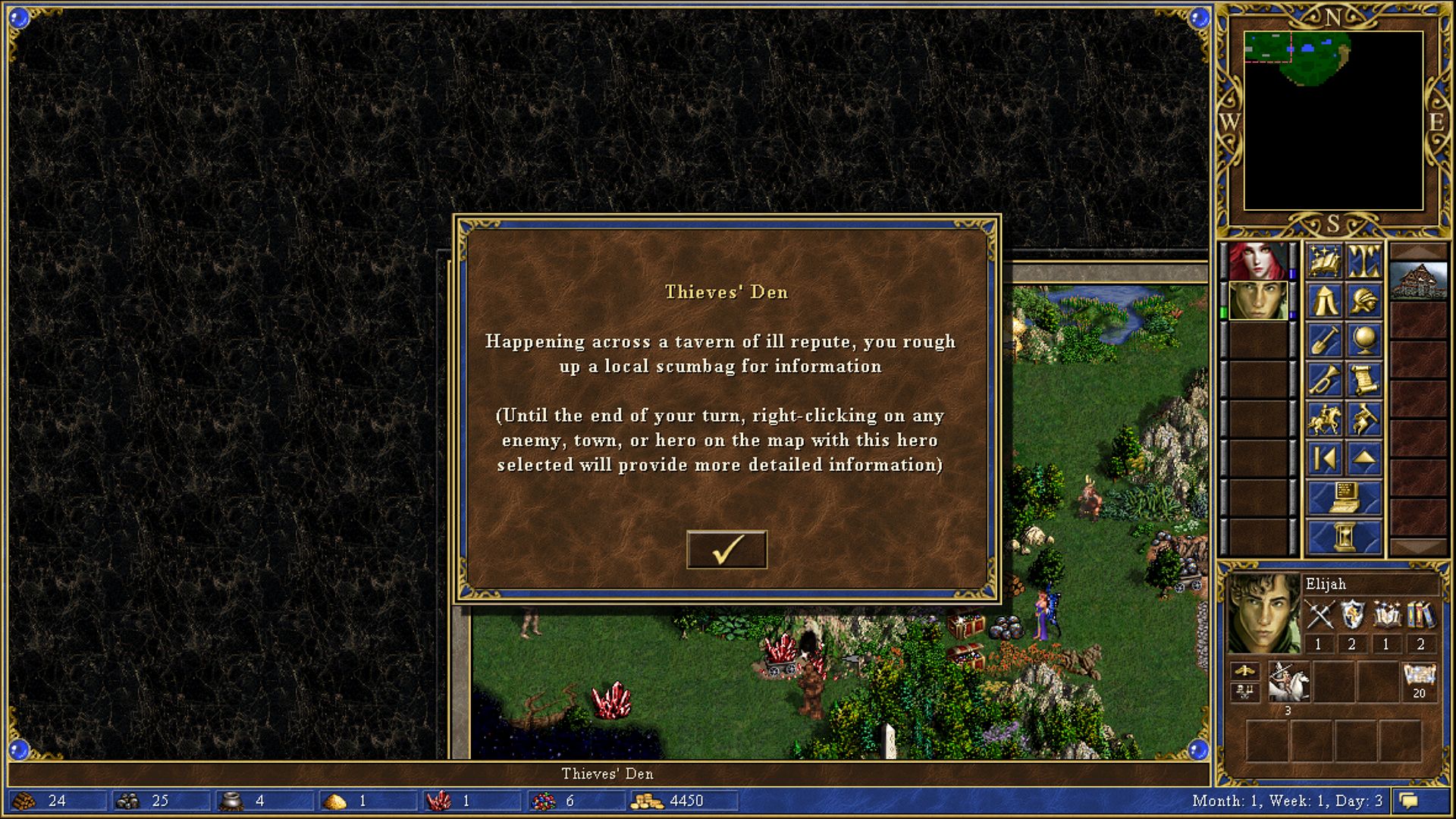 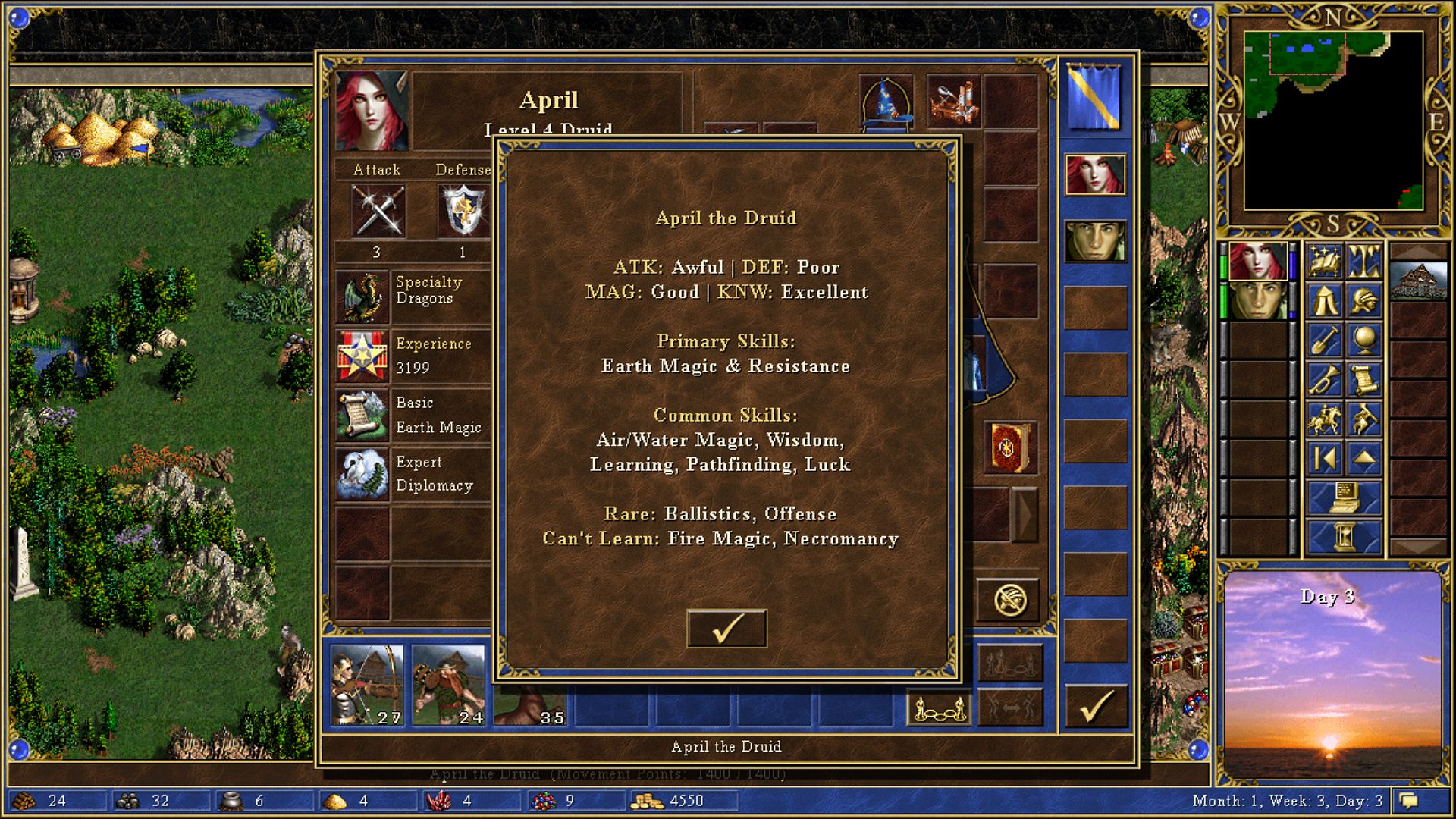 • Raven now starts with Pathfinding instead of Diplomacy

• Gem and Melodia now start with Luck instead of Earth Magic

• Dace now correctly starts with Leadership instead of Wisdom

• Removed the morale/luck effects from Angels, Devils, and Bone Dragons

• Disease now lowers speed by 3 instead of 1