Heroes 3.5: In the Wake of Gods Portal > A story about how Nick Ferrari leaked Heroes III on the Warez boards in 1998

I don’t remember when in production it occurred, but I do remember how it started. One day, Mark Caldwell appeared in the hall outside of my office and David Mullich’s office. As our offices were adjacent to one another, Mark could park himself in the hall, lean up against the opposite wall, and address both of us simultaneously. It was an imprompt meeting.

I didn’t give it a second thought, but I now believe Mark was ‘surprising’ David and I with information, to witness our genuine reactions. For myself, my puzzlement was authentic. Earlier in production, I had built a map (Dead and Buried) for an eventual Heroes 3 Demo. In this respect, we had a playable, production ready map, but I didn’t think the game build was far enough along to actually play the map. Regardless, Mark was immediately suspicious of everyone within New World Computing (NWC), and he was determined to find the leaker.

For those who do not know, in 1998, before social media networks, before web forums… there was Usenet. Usenet had numerous benefits, but the ‘bad apples’ metaphor was in full effect, and the negatives easily eclipsed the positives. At the time, Usenet was the cultural king of widespread trolling, flame wars, pornography, and… piracy… or Warez.

This may surprise some, but ‘yes’, developers do keep an eye on piracy groups / forums / boards / sites. Why? If your game is not on the Warez boards, it means one of two things. Either your copy protection is working… or no one wants what you are making. One is encouraging… the other is demoralizing.

A day or two after chatting with Mark, I remember walking past Test… and seeing the doors closed. In my entire time at New World Computing (NWC), this was the only instance, I can ever recall, where the doors to the Testing Room were shut.

On my way to my office, I took an extra stride, and walked into David’s office.

I inquired, “Do you know why the doors to test are closed?”

David replied, “I think Mark’s reading the riot act to the testers about Heroes leaking to the internet.”

Mark had two working theories. Theory one pointed to Video Game Reporters. A handful of various Game Reporters had received a copy of the game for preliminary review, but each reporter had signed an NDA. Breaching the NDA would put their employment, and their respective employers, at risk. So, there was doubt.

Theory two pointed to the Testers. Mark had his money on a Tester, specifically because of ICQ.

ICQ was originally released in 1996. In 1998, it was still relatively new. While I now find internet chat clients indispensable, at the time, I remember my initial reaction to ICQ being negative. It felt like a digital leash.

Regardless, at the time, all the Testers were using ICQ for various reasons. Each Tester also had Heroes3 installed on their local computer. One of the features of ICQ was the ability to easily transfer files between friends. If one of the Testers had the desire, it was a relatively simple operation for ICQ to send offsite, a current build of Heroes3.

While I don’t know the exact details of the ‘discussion’ Mark had with the Testers, I was told it was stern.

Mark, “Come clean now, because it will only get worse if you are found out.”

Well, no one came forward. In fact, all of the Testers denied leaking Heroes 3, and apparently their denials were convincing.

Soon thereafter, Mark received from 3DO, additional information concerning the leak. Someone at 3DO had a friend at Sierra Online, and like 3DO, they too had recently experienced a leak similar to Heroes 3. With this new information, Mark decided to go fishing.

A couple of days later, I happened to observe Mark working with George. He and Mark were working to prep a number of custom builds of Heroes3 for the same batch of Game Reporters. This time, each build was individually crafted for a specific Game Reporter. When each installed the game, their name was displayed on the install screen. Additionally, for each respective build, Mark had George bury the name of each Game Reporter, in the actual HoMM 3 source code. If a new copy of Heroes3 leaked to the internet, George would be able to download it, ‘hex edit’ a specific file, and determine who had leaked the build.

A week or two later, Mark called Dave and I to his office. Once we arrived, Mark gave us the news. As he had hoped, the updated copy of Heroes3 had leaked to the Usenet Warez boards. George downloaded a copy… and discovered it belonged to… Nick Ferrari. 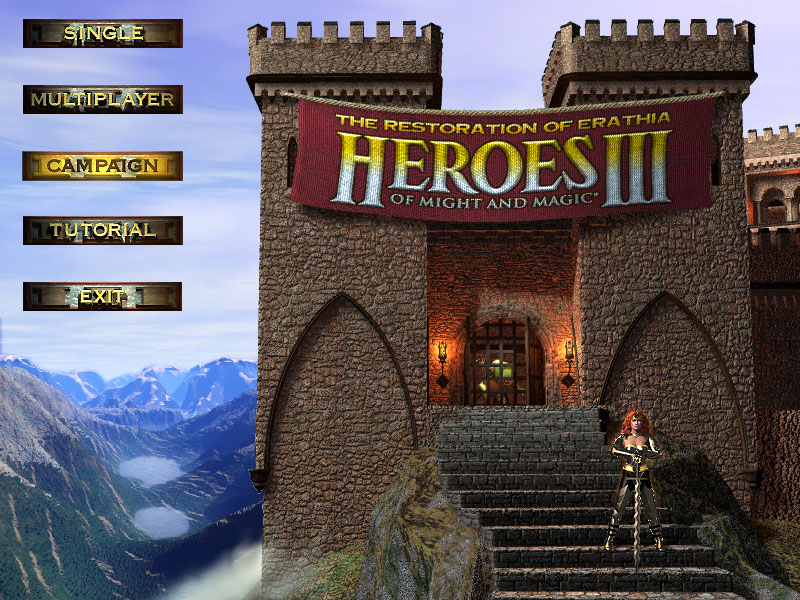 According to 3DO, Nick Ferrari reviewed games for the Philadelphia Inquirer (it may have been the Boston Globe (I don’t exactly recall (it was East Coast USA)). When 3DO called the newspaper, to complain about their reporter leaking software to the internet, the newspaper replied, “We don’t do game reviews, and we have anyone working for us by the name of Nick Ferrari.”

While Nick Ferrari didn’t work at the Philadelphia Inquirer, 3DO did have his mailing address. At the time, while you could download software from the internet, most people only had a dial-up connection. Because of this, Warez piracy was limited in practice. Buying a game, at a retail store, was still the most efficient method of delivery and acquisition. So, to get Heroes 3 into the hands of Nick Ferrari, 3DO sent his copy via the US Postal Service.

When the Police paid a visit to Nick’s mailing address, they discovered Nick Ferrari was the pseudonym for a 14-year-old boy. He had apparently called 3DO and Sierra, told them he reviewed computer games for the Philadelphia Inquirer, and asked to be put on their list of game reporters receiving preview builds. Neither 3DO nor Sierra thought to call the Philadelphia Inquirer and double check the credentials of ‘Nick Ferrari’. They simply added him to the list, and when ‘Nick’ got free games in the mail, he played them, and subsequently uploaded them to Usenet.