This script adds a new ability to the Hourglass of the Evil Hour artifact. Any hero who has this artifact equipped prior to a battle in which he or she is the *Attacker* will be given the opportunity to summon the Demon Lord Asmodeus to fight the battle instead. If the player is the defender in a combat, no option to summon Asmodeus will be given.

Asmodeus fights the battle (under the player’s control) but with the hero’s troops. He possesses good primary abilities (starting at 13) and knows useful secondary skills like Expert Wisdom, Expert Sorcery and Expert Fire Magic. He has several powerful fire spells at his disposal.

After the battle, Asmodeus takes part of the hero’s soul as payment. This results in the hero losing 1 point of Power permanently. However, if the hero is down to only 1 Power, Asmodeus steals the Hourglass and sends three devils to attack the hero soul instead. 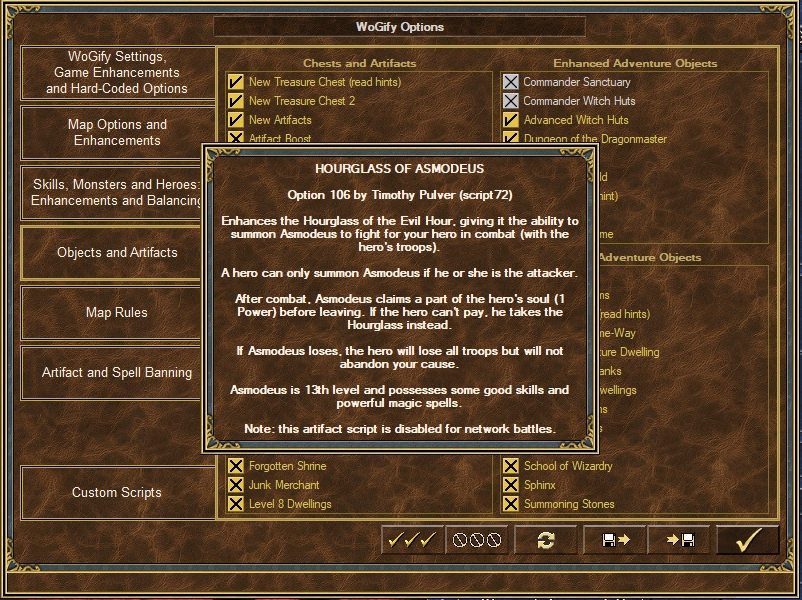 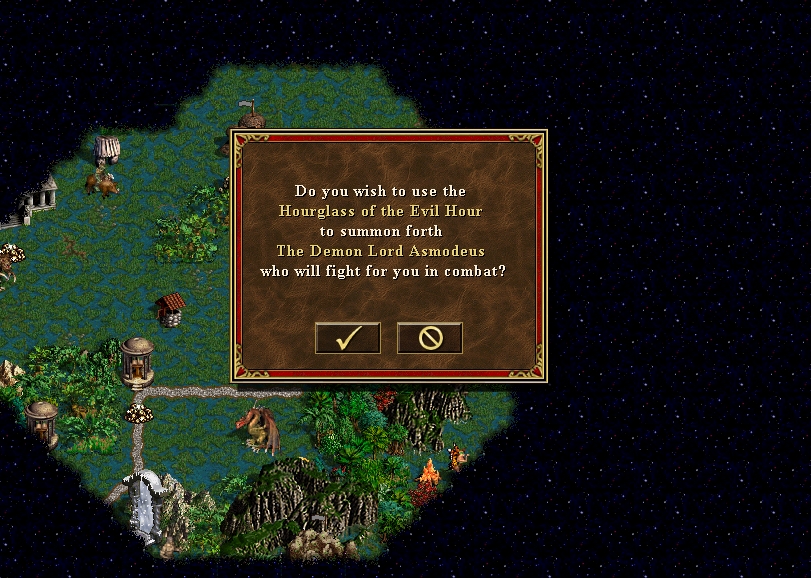 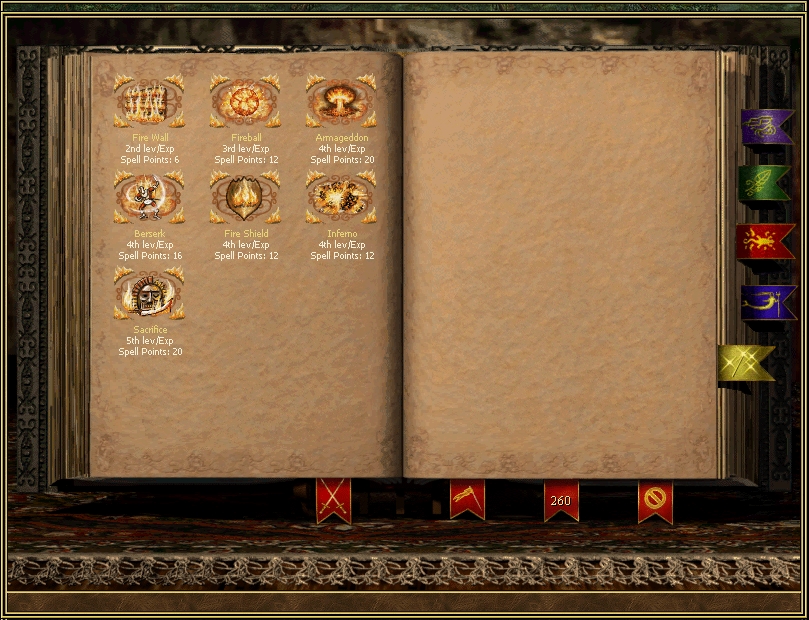