Heroes 3.5: In the Wake of Gods Portal > Minotaur Warlock and Power Bond (VCMI) 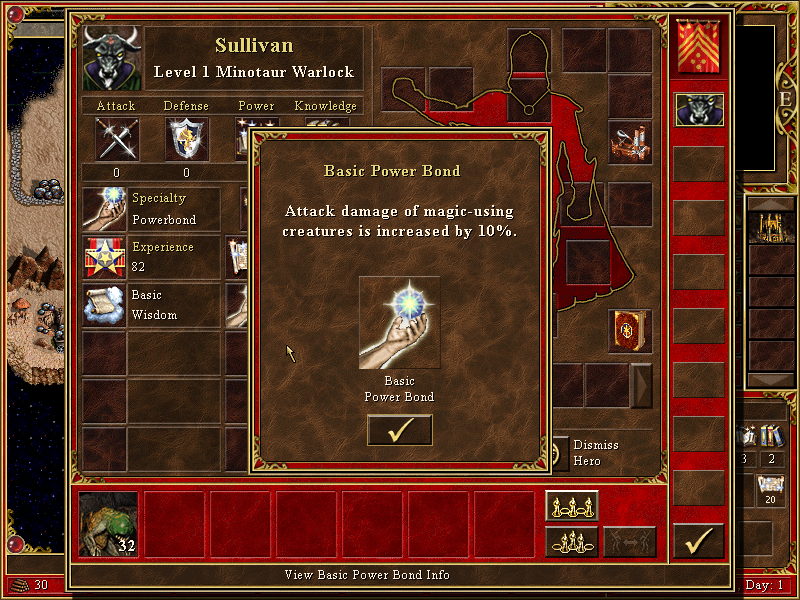 Andruids Expansion – a pack of mods that expand on Heroes III mechanics and elements. There might be new objects, spells, skills, units, etc.

Power Bond – a new secondary skill, learnable by magic-class heroes, that boosts attack of creatures using supernatural energy in combat*, such as monks, genies and unicorns. Such creatures no longer benefit from Archery Skill if they are able to shoot.

Minotaur Warlocks – a cosmetic modification that adds a Magic class variant to the Dungeon Faction – a Minotaur Warlock. Three vanilla Heroes assume this class (Darkstorn, Deemer and Malekith). There is no difference between this class and a regular Warlock. Hero Battle def was made by Trith and adventure map def was based on HotA team’s male Warlock.

To play with the new Minotaur Warlock Hero, you need to have the Power Bond Skill mod enabled.