Heroes 3.5: In the Wake of Gods Portal > Kyrre gender was finally explained (after more than 20 years)

Kyrre gender was finally explained (after more than 20 years) 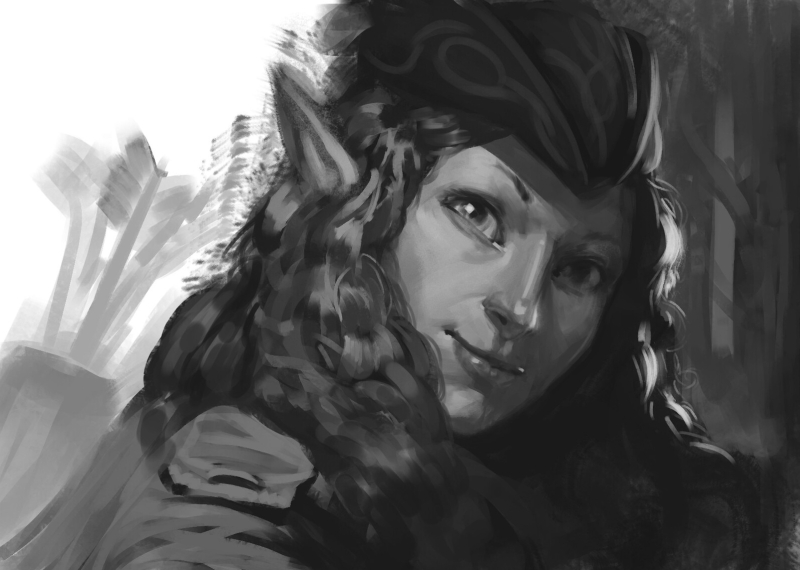 Question: What gender this hero is supposed to be?  Kyrre looks like he is a man, name Kyrre is a common Norse male name, there is a standard scenario in the Shadow of Death expansion – Battle of the Sexes, where male heroes play against female heroes, and Kyrre on this map represents the male side.

Also in HoMM4 there is also Kyrre, a man.  But at the same time, technically in the game this hero is female, and in the description of the hero there are words “Her ability to navigate…”.  So, Kyrre became a woman by a mistake, or there is no mistake?

Regarding ‘Kyrre’… there is a mistake.

This particular memory is rather fuzzy, but if remember correctly, I originally specified the Hero as Male.  Soon thereafter, Chris Vanover wrote the Hero’s biography and I named the Hero. After this was accomplished, the Hero’s portrait, as rendered by George Almond, was put into the game.

When I saw Kyrre’s portrait, it created some confusion, as myself and others thought Kyrre didn’t look male. I did a quick survey amongst the HoMM3 staff, and more people, at first glance, thought Kyree looked female. So, I went with the majority opinion and made Kyree female (as defined by the manual). In hindsight, I should have also changed Kyrre’s name as well.

So, yes, it appears there is an error/bug, which carried over into Heroes 4. – Gregory Fulton 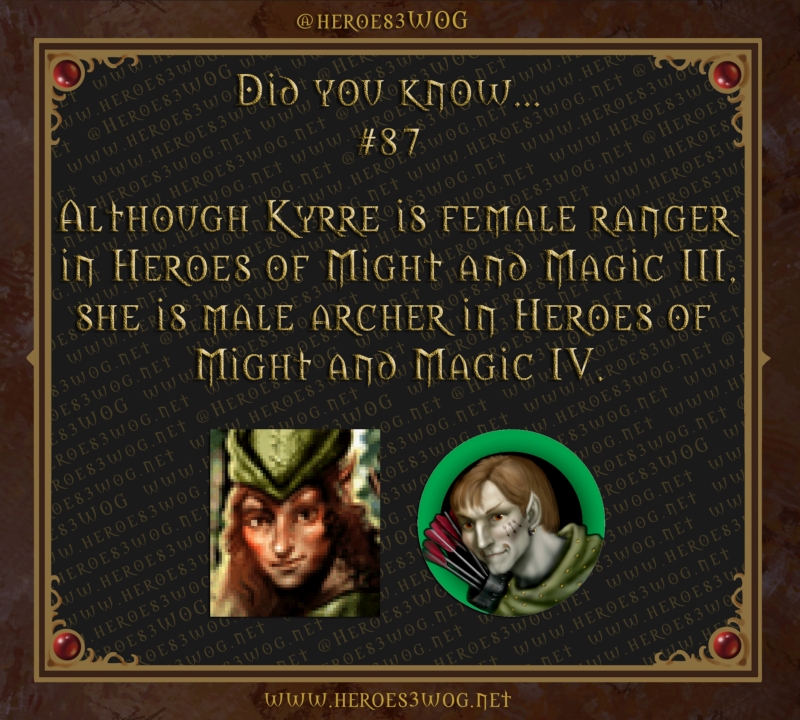