Heroes 3.5: In the Wake of Gods Portal > Juggernaut – Factory – Horn of the Abyss update #8

It’s time to get acquainted with the Dreadnought, the greatest manifestation of the Factory ‘s technological genius. One doesn’t have to be a visionary to guess its level in the town’s lineup, but the specifics will be made public only with the announcement of the next unit. The composition of the Factory ‘s creatures available for hire is somewhat more complicated than the usual and will require a proper explanation.

Dreadnought can be considered the magnum opus of the Factory ‘s engineers and artificers. It is a key unit of its armed forces, the cornerstone of its arsenal, and also an indispensable assistant in construction and heavy lifting.

While resource-hungry, it repays its cost in full with high performance and reliability. In the event of damage and even a complete engine shutdown, the Dreadnought, like any other mechanism, can be repaired by the Mechanics (Factory level 2); once repaired, it has every chance of going back into service.

The Dreadnought’s standard attack is a simple and effective punch of its powerful metal fist. The Factory’s crown jewel is also equipped with a heat beam, a special activated attack launched from the position where the Dreadnought stands. When the beam goes live, the Dreadnought can choose from five possible directions, and the attack is similar in area to that of the Cerberus. It affects units including those behind the target, similarly to a dragon’s breath attack.

Beam attack is not a new concept for the series; Archmages or Beholders can be seen hitting targets this way. However, perhaps the closest analogy in this case is the attack by the Cyclops in Heroes II.

When creating the Dreadnought, the general design approach was based on a principle customary for Heroes III: running with the most traditional, run-of-the-mill visual solution for the concept at hand.

So it’s gonna be a large, vaguely humanoid mechanism? Then it should appear similar to all existing adaptations of this stock creature at once. As with the design of the Cove’s Pirates, neutral Leprechauns or Satyrs, our goal was to fully meet expectations by providing an easily recognizable, universal image. Depending on the plot, it can play a wide array of roles on custom maps. Regardless of the exact setting, in most every man-made world one can think of, be it in literature, film, or gaming, one can find a direct analogue of such machine or exoskeleton.

The universe of Might and Magic is no exception. A wide range of mechanisms (including ones with a beam attack) can be seen in the setting’s early RPG offerings.

The upgraded version of the Factory’s Dreadnought will be the Juggernaut. It’s an even more advanced model, but only different in stats and appearance from the gameplay point of view. 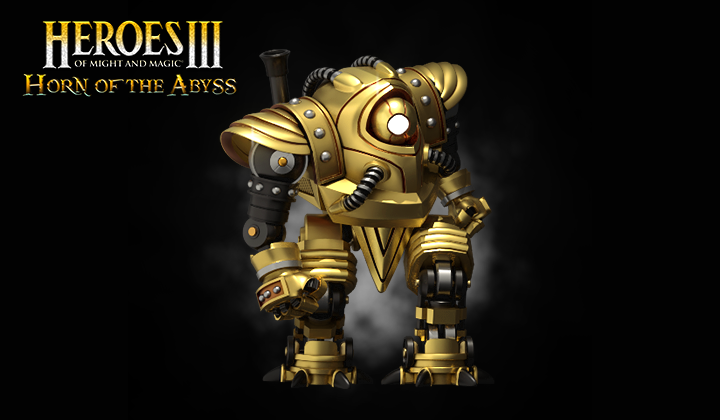 Scale matching in Heroes has never been strictly enforced, but if we were to demonstrate true proportions, then Dreadnoughts would be about as tall as two people one on top of the other: 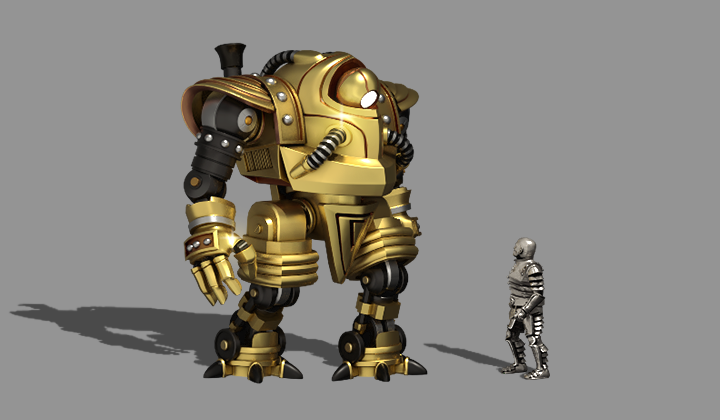 One of the most important aspects of a unit’s image is sound. The full picture will only become available upon the release of the Factory, but certain fragments of sounds Dreadnoughts make can be heard in this post, or, if you’d like it a little louder, in this WIP video. 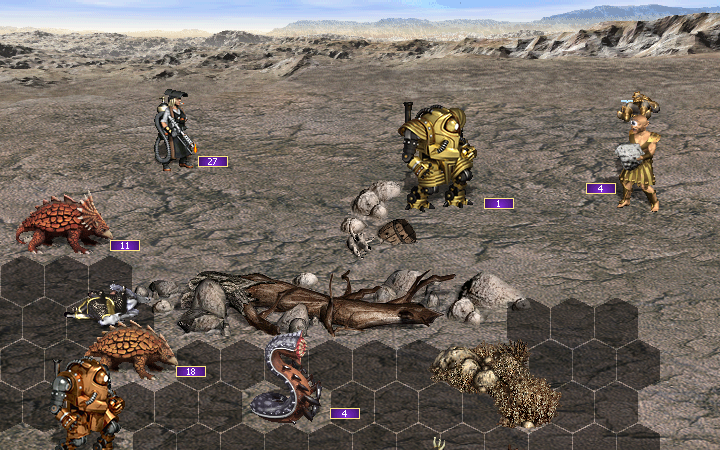 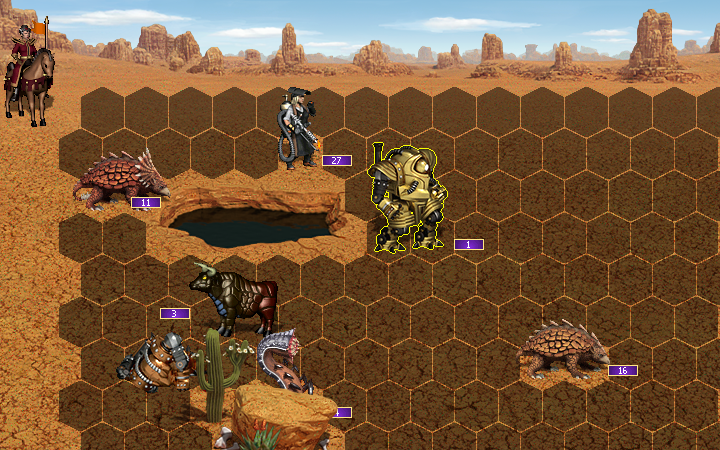 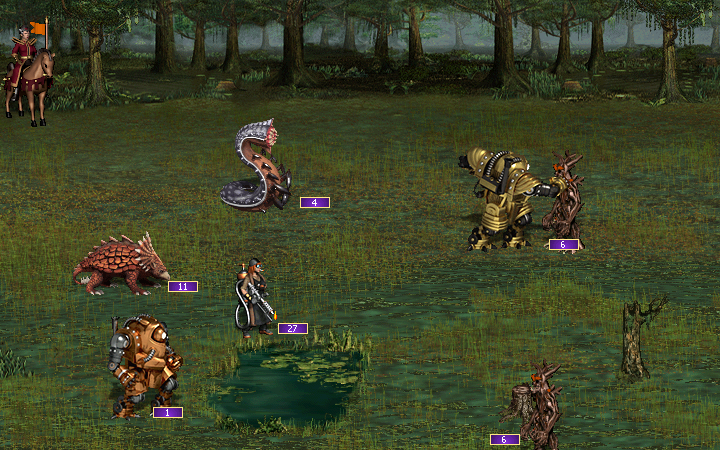 Have we considered other concepts for a high-level mechanical unit? Of course. It is safe to say that over the last two years we have exhausted every possible option: from the obvious mechanical Dragon Golem to ‘tripods’ by Herbert Wells, and certain concepts might yet make it into Horn of the Abyss as neutral units in the future. Still, in the end, the most promising and concise one proved to be a large anthropomorphic mechanism. However, the design was not born in one fell swoop. Knowing that a certain part of the community is fascinated by content creation process, we selected some of the WIP materials for publication:

Early general design of the Dreadnought. By Don_ko

One of the earliest concepts. By nosferatu 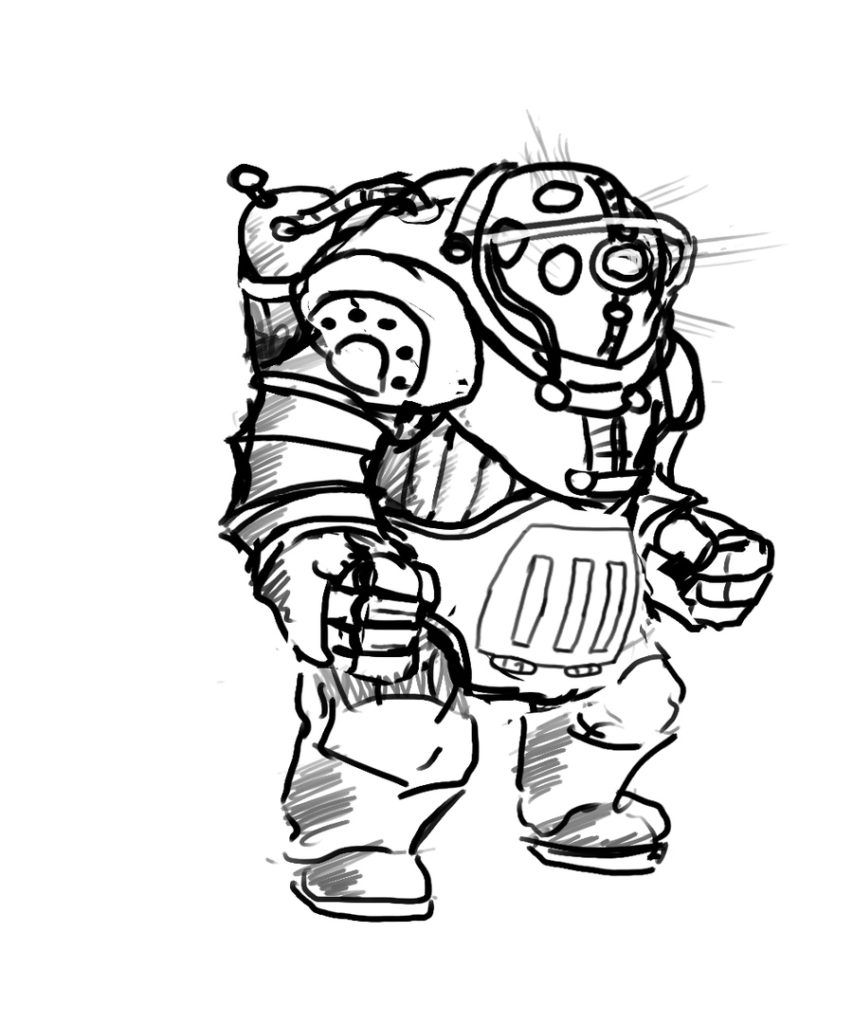 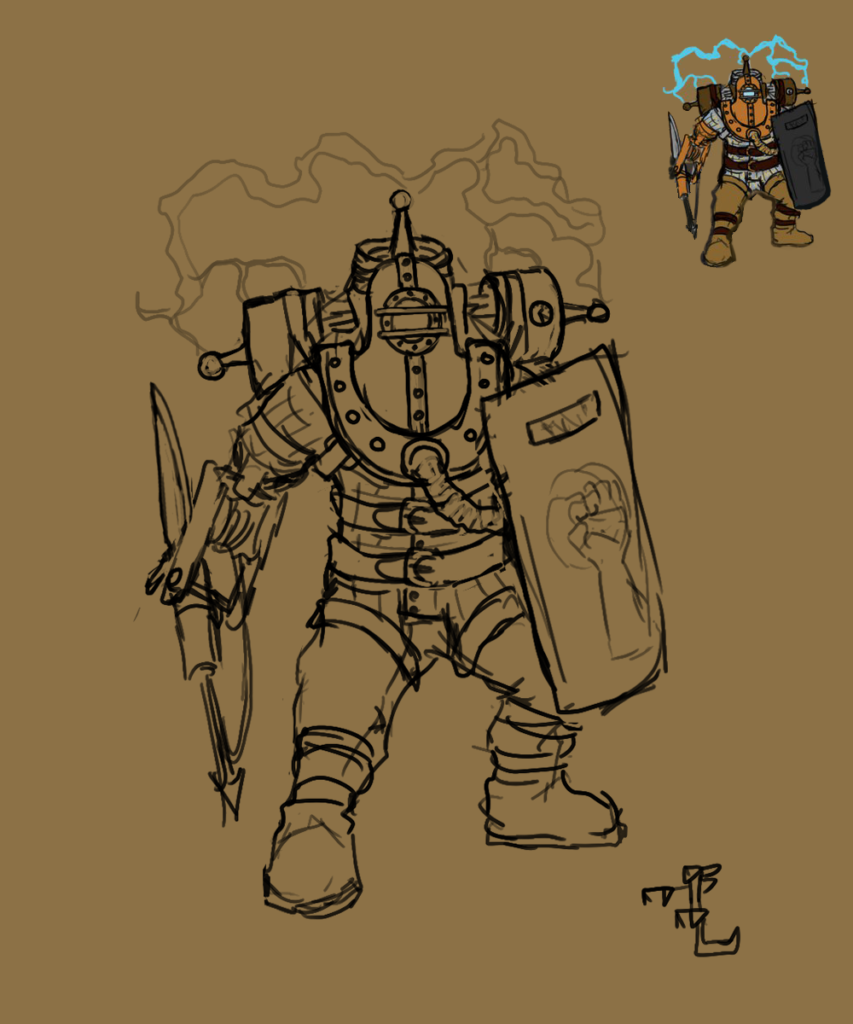 In the end, the most crucial stage of unit creation is building a 3D model, and here’s its full evolution chart: