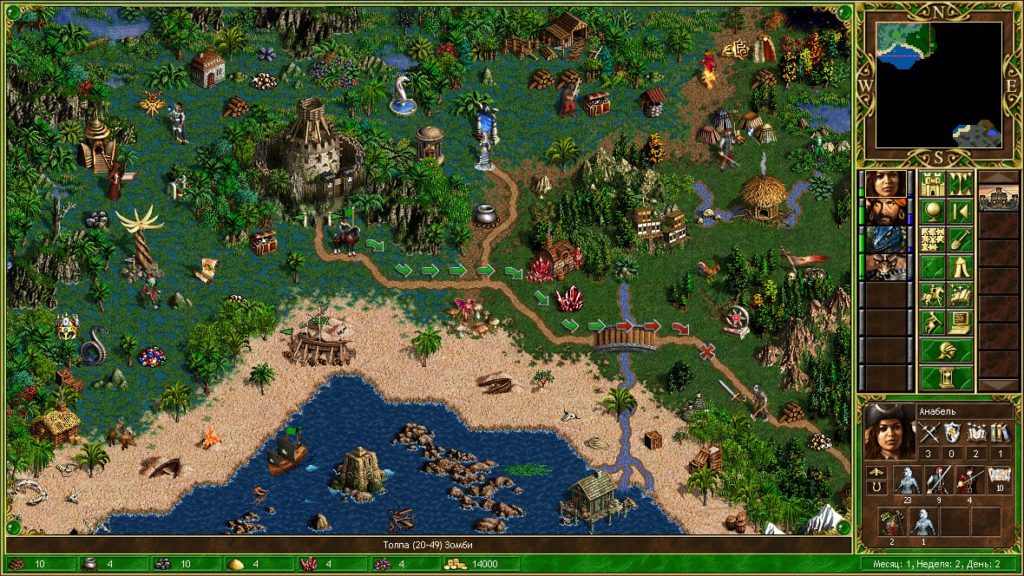 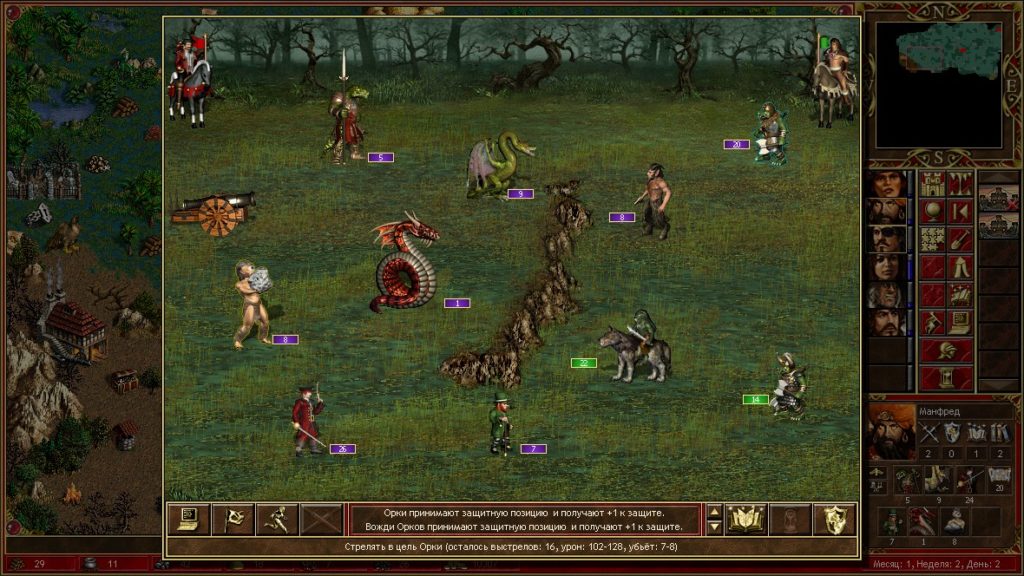 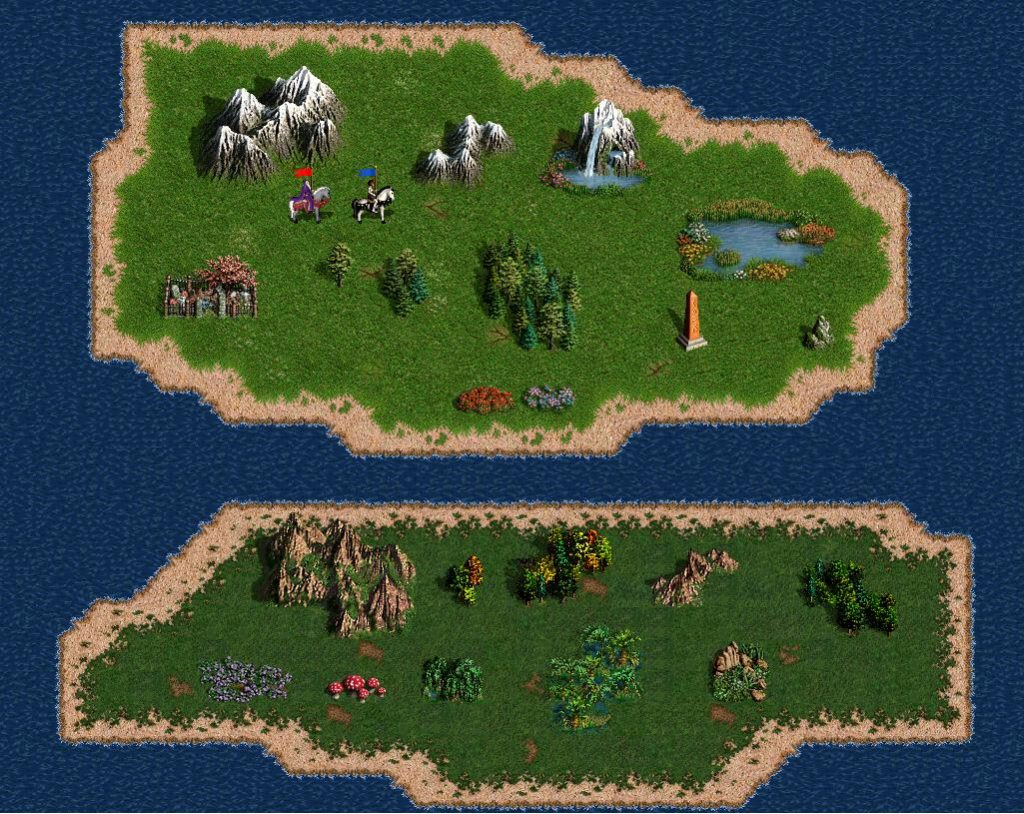 Miscellaneous
[-] A number of new scenarios has been introduced. New scenarios in v1.5 include: With Sword and Fire, Talent Shortage, Before the Storm, A New Day Tomorrow, The Devil Is in the Detail, Dead Man’s Tales, Island of Dust, Broken Compass
[-] Added the Boomerang and Apocalypse templates
[-] Waterfall ambient sound has been changed
[-] Map and text fixes

Horn of the Abyss Interface
[+] In online play, it is now possible to plan your heroes’ movement and switch towns during your enemy’s turn
[+] Hold Alt and hover over an adventure map square to see a hint stating how long it will take your selected hero to arrive there
[+] Hold Shift and click a hero on the map to select him, even if another hero has already been selected
[+] Hover over a hero on the map to see his movement points in a hint
[+] Fixed a number of issues with maximum movement points for heroes and travel length calculation
[+] Stables and Watering Place effect wearing off is now considered when calculating the required travel time
[+] Last player to visit the Black Market can now review its inventory
[+] Last player to visit the Ancient Lamp can now review its inventory
[+] Last player to visit the Refugee Camp can now review its inventory
[+] Fixed positioning for the “can’t build” message in an external Shipyard; resources will now be recounted properly after a successful build
[+] The dialog to buy a Spellbook is now displayed on the Mage Guild screen
[+] E hotkey now stands for exchange between heroes on the town screen
[+] A hint for the spell learned in a Shrine is now displaying the spell status rehgardless of the equipped artifacts
[+] It is now possible to dismiss heroes visiting towns
[+] It is now possible to dismiss heroes on the town and kingdom overview screens
[+] A hint for the Stables and Observatory effects has been added
[+] Casting the spells Earthquake, Teleport, Remove Obstacle, Clone, and Berserk is now recorded correctly in the combat log

Horn of the Abyss Miscellaneous
[+] New map has been added: Before the Storm
[+] Obstacle brush has been improved, along with the RMG obstacle placement
[+] Obstacle brush now won’t spawn several instances of the same object next to each other
[+] RMG: Standard templates have been reworked, fixing bugs and improving playability
[+] RMG: Fully passable ornamental objects can now be spawned
[+] RMG: A map is now centered correctly depending on the actual zone layout
[+] It is now possible to place more than 32 Black Markets on a map
[+] Every spell now has its effect formula in the description
[+] Creature dwellings introduced in AB and SoD now have appropriate ambient sounds
[+] Beholders, Evil Eyes and Gold Golems now have magic death sound effects
[+] Faerie Dragons now have a casting sound effect
[+] Sacrifice spell now has a resurrecting sound effect
[+] In hotseat multiplayer games, a special sound effect will now be played when a player attacks another one
[+] Combat casting animation speed has been altered for a number of creatures
[+] Music now can be set to play in 22kHz mono or 44kHz stereo
[+] Record point calculation formula has been altered
[+] HoMM3 HD: If object messages are switched off in the settings, object hints will now be always displayed, as opposd to after visiting only
[-] Multiple maps and texts have been fixed