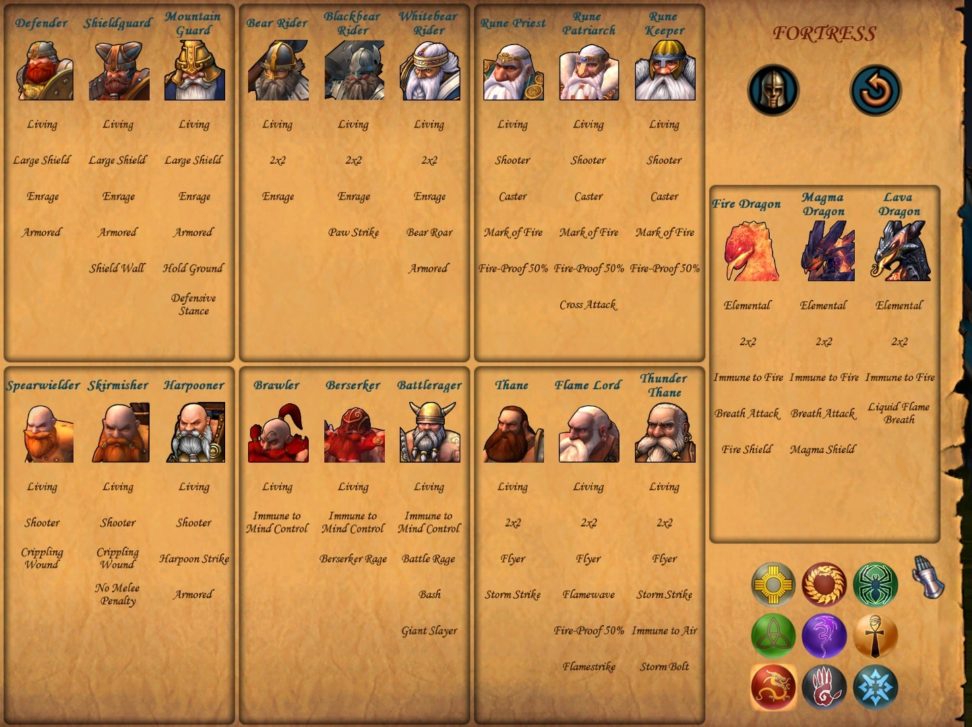 Heroes 5.5 RC14 beta 4 has been released and can be downloaded from the files sections, please uninstall any older version first with the uninstaller. This version still doesn’t support campaigns, for that you have to stay on RC13a.

Thanks to discord user ‘The way back is way ahead’, splitting 1-unit stacks from a large stack is now much easier, the slider will default to 1 unit, therefore you will no longer have to move the mouse cursor to indicate the amount of creatures you want to split off.

In order to create 1-unit stacks fast, hold down right shift while moving a stack to another slot then press enter. You shouldn’t be using left shift otherwise your hand cannot hit the enter button. Bonus!, also done by ‘The way back is way ahead’: The imbue arrow ability is now canceled when the spellbook is closed after selecting the ability but before selecting a spell. 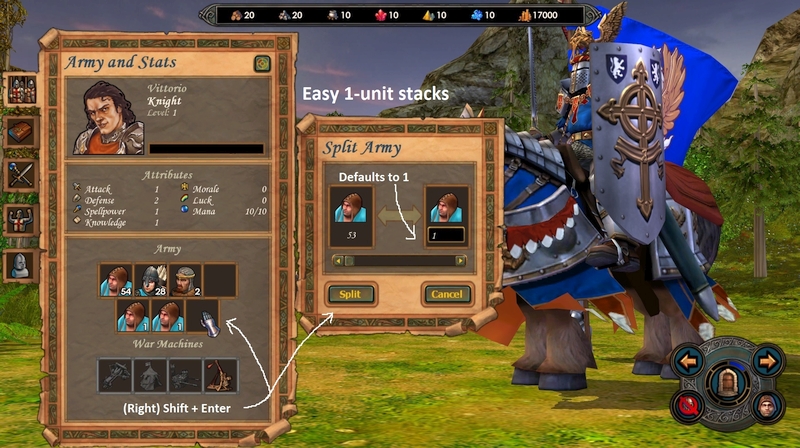 Thgryphn has greatly improved the games internal ‘creaturepedia‘ it now allows the stats of both upgrades and the unupgraded variant to be shown simultaneously.

All landscape textures have been redone and the style of some landscapes has changed (for the better), many mismatches in color temperature have been fixed and the game as a whole will have a warmer color palette. The Texture pack has been cleaned up and is much smaller, a new more efficient format was used for many textures so performance and stability will be better. The game has reverted to TOE-style blue gems, because they offer better visibility. 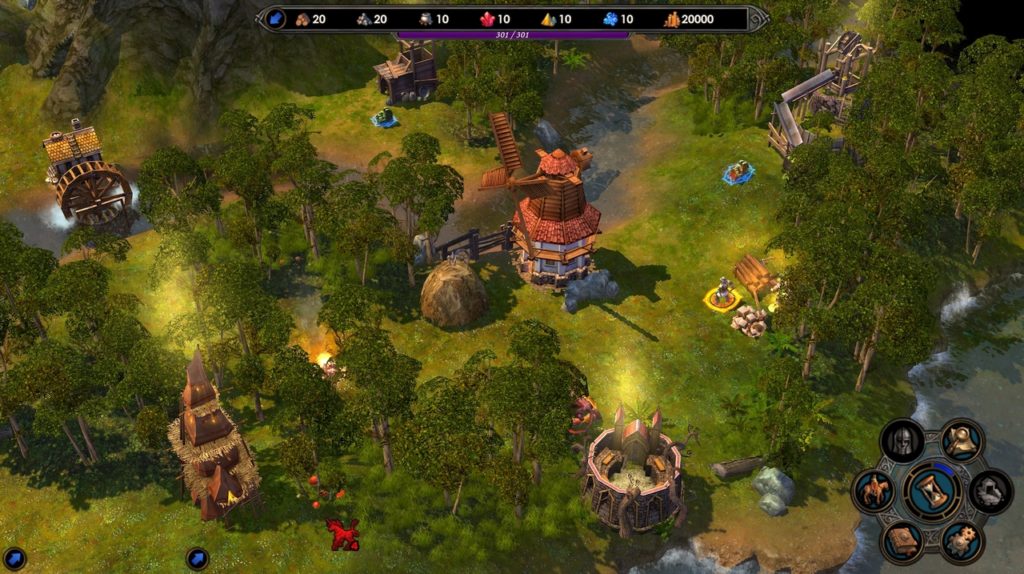 Consume corpse and spirit link are further nerfed again, please understand these are not early game skills and remained highly exploitable in expert games, to casual players they may seem too weak now when taken early, the game will be further geared towards daily mana regen in earlier stages in upcoming versions.

Arcane Brilliance gives +2 SP and +6 mana regen instead of +2SP at level 20. White unicorns are immune to blind.