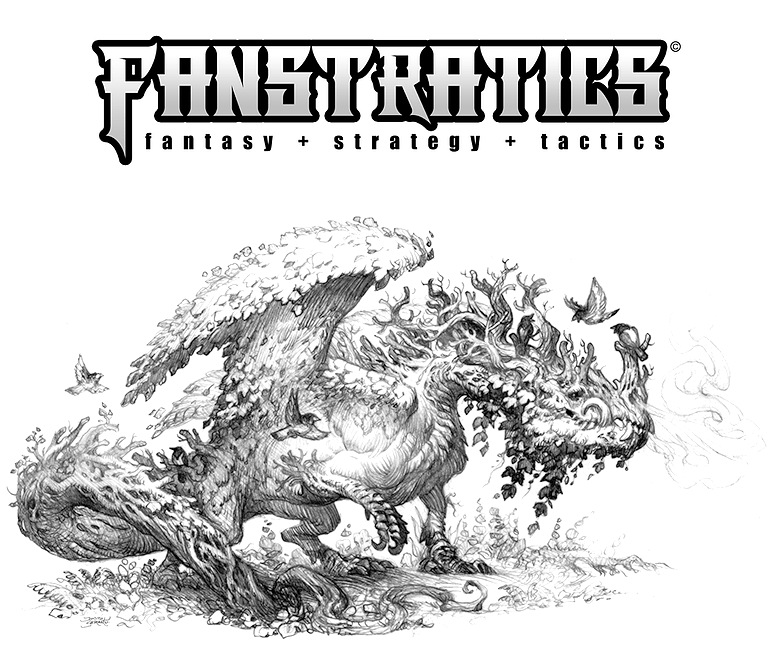 From deep in the Swamp lands, lurk the cold-blooded Reptilian Boggish. Secretive and isolationist, they typically foist their influence on other civilizations, from the shadowy cracks and corners, via bribery, blackmail, and sabotage. While they rarely venture forth from their homelands, when they do, they are a truly frustrating foe.

Anyone following the monthly Troop reveals will be unsurprised by this Faction’s inclusion, and will immediately recognize its similarity to Heroes 3 ‘Fortress’. Representing the Boggish is the Gatorkin Caster.

An ancient cosmopolitan faction, the Chimerans are associated with the exotic Runic terrain. Believed to be the unfortunate remnants of archaic arcane experiments, their origins are directly tied to the establishment of the present cultures.

Up to this point, each of the preceding 8 Fanstratics Factions had a familiar association with an existing HoMM3 Faction. Some will try to tie the Chimerans to the Conflux, but in truth, the Chimerans are a unique culture with no HoMM3 parallel. Representing the Chimerans is the Medusa Vanguard.

If you have been keeping track, you would know I had 9 Factions planned.  In revealing the Chimerans, all 9 are now known.  Here they are in alphabetical order…

Some of you may be wondering why 9… from the start?  HoMM3 shipped with 8 Factions, with the 9th Faction, the Conflux, being added with the expansion.  Truthfully, it all comes down to expanded cultural knowledge of the fantasy genre.

While Fanstratics will continue to adhere to classical fantasy architypes, there is more room to play around at the edges, and embracing this additional freedom goes an exceptionally long way to helping FST distinguish itself from HoMM3. So, from the start, I was able to construct a comfortable 9 Factions. 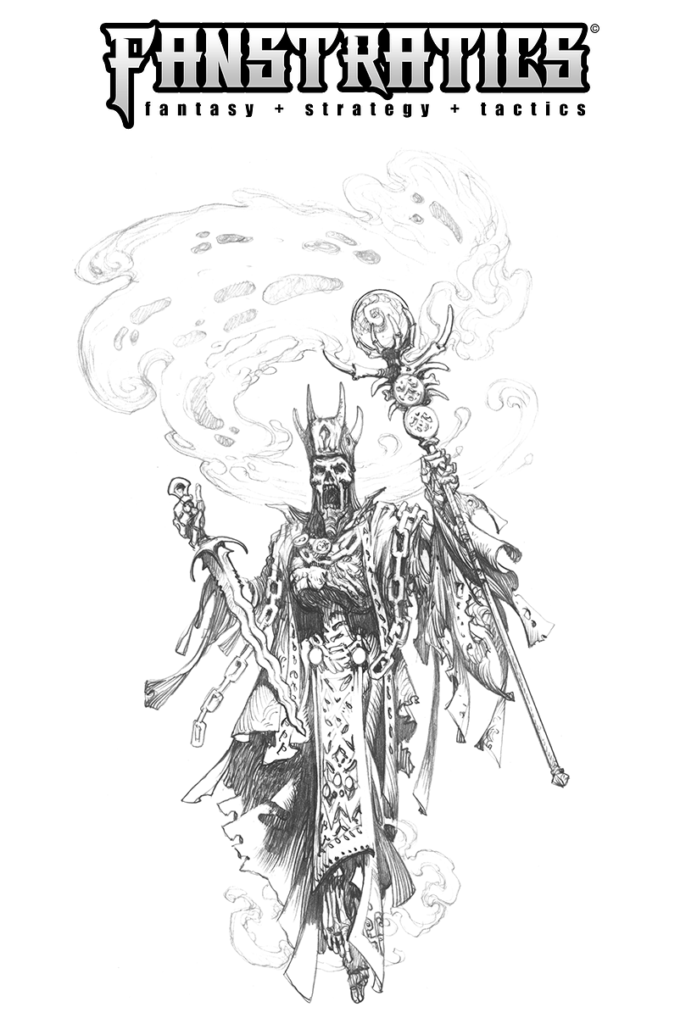 Filled with all-consuming ego, the Lich is a self-proclaimed ruler of the undead. Powerful and ruthless, this wicked skeletal mage feeds on the lifeforce of the living to prolong its existence. It is truly something between and beyond.

Some of you may be a little surprised by my listing ‘Community Map Editor & Random Map Generator’ amongst the ‘new’ features for Fanstratics.  Why?  Simple.  People keep asking, “Will there be a Map Editor?”  Obviously, “Yes.”

I will do what I can to make an easy to use community Map Editor, very similar to the HoMM3 editor.  As for the Random Map Generator, there have been numerous advances in algorithmic content manipulation since 1999, and I really want to do some deep research before I finalize my plan.  So, at this stage, I cannot say how the RMG will operate.

When will the Map Editor and Random Map Generator be released?

Before I answer this question, I must first tip my hat to ‘Timothy’ (you know who you are), who wrote and pointed out a mistake I made in an earlier Newsletter.  Specifically, I said, “HoMM3’s map editor and random map generator were released with its first expansion pack ‘Armageddon’s Blade’. For Fanstratics, I expect to rollout both a Community Map Editor and a Random Map Generator, well after the game’s official public release.”