This is a good question, and a difficult one to answer.  It is my job is to give fans every possible reason to willfully move on from Heroes 3 Horn of the Abyss to Fanstratics. In many respects, my current situation is very comparable to what I faced when I designed Heroes 3. At the time, HoMM fans rightfully asked, “What can Heroes 3 offer that Heroes 2 hasn’t already delivered?” My response now, is similar to my response then.

My goal is to give fans a careful and respectful evolution; new lore, reinvigorated creativity, revitalized graphics, smart quality of life adjustments, revised and improved gameplay mechanics… while maintaining the spirit of the original.

It’s an incredibly daunting task, and I’m going to give it my best.  I know details are scarce, but try to be patient.  Features will slowly be revealed over time, and in the end, hopefully, I will have given fans plenty of reasons to look forward and not backward. 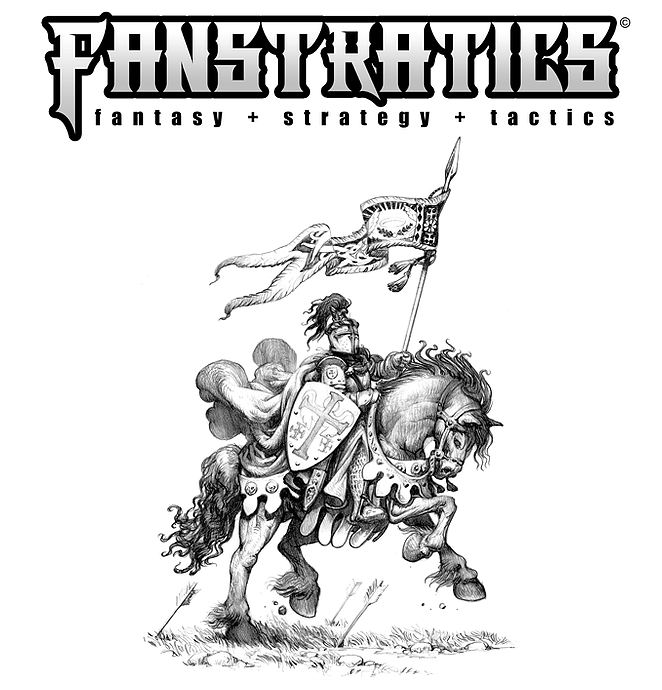 How about a day and night cycle where creatures change abilities based on the time of day, like vampires or werewolves?

This is a good idea, and when I was originally brainstorming Fanstratics, a day and night cycle was one of the original features. In the end, it was cut for a number of reasons, but the biggest was ‘too much complexity within an already vast game’.

As stated, day and night cycles are very interesting because of the ‘transformational’ opportunities for specific troop types; playing one way during the day, and playing another way during the night. Armello touches upon this, and it looks like Songs of Conquest may be doing something with it as well. Truthfully, it’s a central mechanic around which an entire game could be made.

Heroes storylines have been interesting, but with each sequel, the previous world and characters have been tossed aside and new ones created.  Are you planning to do the same, or do you have a grand plan in mind?

Truthfully, at NWC we didn’t have a lot of time to work on story elements, so map and quest makers were given relative freedom to work within quickly established guidelines. This led to each team ‘wanting to do their own thing’, without the restrictions imposed by the lore of a previous team.

With Fanstratics (FST), I want to put considerable effort into the lore and lay a strong foundation for future story lines. We’ll see what happens, as there are many hurdles to overcome, but my goal is ‘longevity’. There may be other stories, involving different characters from different continents, but I would prefer to stick with one world and one progression of characters.

I loved the hand-drawn artwork of Heroes I & II, the realistic look of Heroes III, and thought Heroes IV was OK. While the scenery in Heroes V was really nice, I was less keen on its exaggerated, anime-style characters. PLEASE give us Heroes II or III graphics. No Japanese inspired cartoons.

A TBS game like Advance Wars, originally made for the Game Boy Advance, can easily get away with an anime or manga art style because… well… it was for Nintendo. For a more modern descendant, see WarGroove, which started out on the PC, but was clearly made with consoles in mind.

With the right artists, I think a cartoonish art style could work, but in the end, it really comes down to ‘public expectations’ and ‘appropriateness’. Without a doubt, Fanstratics is a fantasy war game, for the PC. So, a certain level of seriousness is expected. As you can see from Justin Gerard’s concept work, I’m aiming for an art style similar to Heroes 3. It’s essentially an old school approach, deriving its inspiration from 1st and 2nd edition Dungeons & Dragons.

Will there be a Forge-like faction?

Personally, I like the mixing of sci-fi and fantasy, but plenty of people do not.  If Ubisoft dropped Might and Magic into my lap, I would lean into it, but truthfully… it’s very divisive.  As for Fanstratics, a couple of ‘clockwork’ troops are currently planned for one faction, but it is highly unlikely (never say never) there will be an entirely ‘technological’ faction.

I still don’t like the name.  Is there any chance you will change it?

I’ve thought it over, and this is what I propose for those of you who can’t get past the game’s name.  If Fanstratics becomes a top ten crowd funded video game, I’ll put the name up for a vote, and let the backers make the final decision.  Using a double elimination tournament system, Fanstratics will be required to run a gauntlet against three other potential game names (I promise to put significant effort into the three alternatives (community suggestions welcome)).  Here are the top ten most crowdfunded video games of all time (Star Citizen and Shroud of the Avatar don’t count).

Are you looking for Beta Testers?

As most people know, Fanstratics is currently in pre-alpha production.  We have a very long way to go before reaching Beta, and at this stage, it’s undecided how we will handle bug testing.  Dedicated internal? Early Access external? Combination?

When the AI is good enough to play against, my intention is to push FST into Early Access, where players will have plenty of opportunity to play test, report repeatable bugs, and give feedback.

Windows PC only?  Steam only?  What about Apple or Android or GOG?

Let me clarify, regarding potential platforms.  In stating Fanstratics would be, first and foremost, a Windows PC game, my main goal was to reassure fans, I would not be compromising the game’s design for consoles or mobile (as is rather typical these days).  Apple and Linux desktops are in the cards.  iPad is a possibility, but it really comes down to how the GUI translates to a smaller screen.  With moderate adjustments, Civ6 was able to pull it off, so we’ll definitely give it a look.  If we can produce something to our liking, for a reasonable cost, we’ll happily port it, but if the result is janky… it won’t happen.

As for retail platforms, I think it is safe to say we will be submitting Fanstratics to Steam, Epic, and GOG.  How this roll out will be accomplished, and in what order, is currently undetermined, as priority one is reaching ‘production alpha’.

What game engine and programming language are you using?

Currently, we are using Unity and scripting in C#.  Unless we are given significant reason to change, we expect to continue using Unity.

Shout out to Songs of Conquest.

There are more, very specific game play questions I have yet to answer, but I’m going to save them for next month.  So, before I wrap up, I wanted to give a shout out to Songs of Conquest (SoC).

I was doing ‘market research’ for Fanstratics, when SoC appeared on my radar, because it was characterized as ‘inspired by HoMM’.  After checking it out, I liked what I saw, and I have every intention of purchasing a copy when it releases next year.

It just so happens, in the first month after Fanstratics’ accidental announcement, one particular subscriber to the Newsletter caught my eye.  It was Magnus Alm, co-founder of Lavapotion, the developer or SoC.  I could have let it go… but instead, I wrote an email, said ‘hello’, introduced myself, and told them I was looking forward to their game. Magnus wrote back, and since then, we have continued to communicate.

It may seem odd at first, but most game developers tend to be friendly with one another, despite implied market competition.  Why?  Few people, outside of game development, understand the highs of making a good game, the lows of making a disappointment, and the extreme effort required when crafting either.  In the end, it creates a odd fellowship born out of uncommon experience.

I sincerely wish Lavapotion the best, and would suggest checking out SoC. 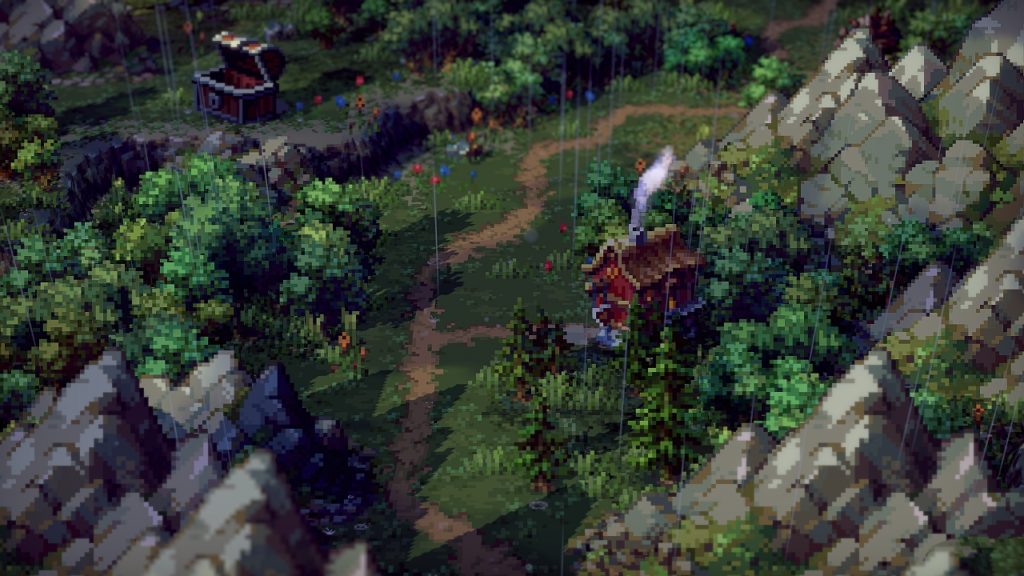