Fanstratics isn’t the only game to call itself a ‘spiritual successor’ to Heroes 3. Why should I believe you?

For me, ‘spiritual successor’ is more than a catch phrase or marketing slogan. It’s a game directive.

Few people remember, after Armageddon’s Blade, myself (lead game designer) and John Bolton (lead programmer) left the company, while Phelan Sykes (lead artist) moved onto a different project. David Mullich (production director) was the only lead to carry over from Heroes 3 to Heroes 4. Fanstratics is the only ‘spiritual successor’ to HoMM3, to actually involve anyone from the original team.

Hopefully, as Two Point Hospital is to Theme Hospital... Fanstratics will be to Heroes 3.

The Adventure Map will be built on a tile based, square grid.

The Townscape will fill the screen and have interactive structures.

The Battlefield will fill the screen and use a hex gird.

Currently, the game is being built in 3D, but the presentation is entirely 2D. For an example of this approach, I typically point people toward ‘Ori and the Blind Forest’. 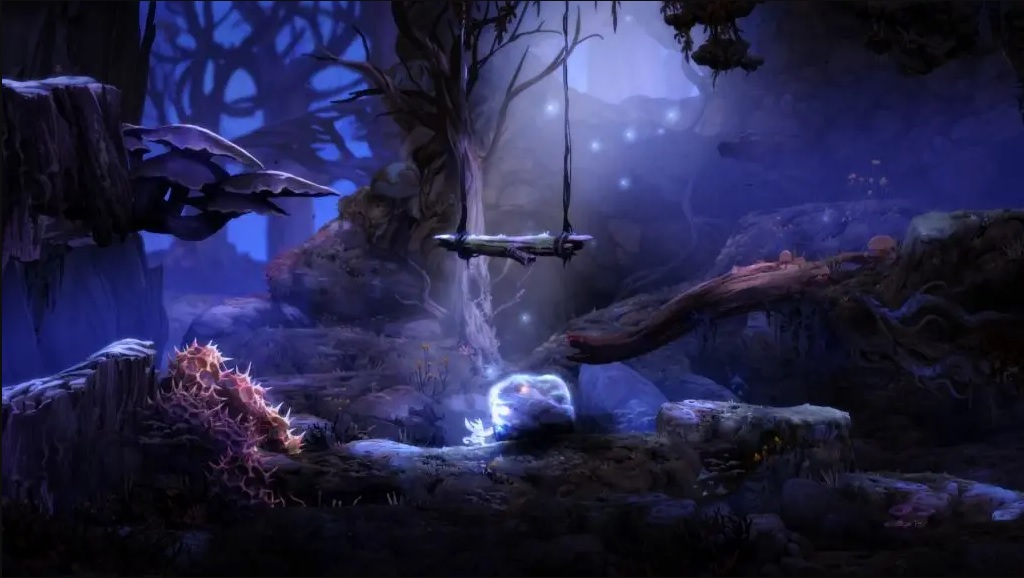 Please keep in mind… I cannot ‘rip off’ Heroes 3. Gameplay mechanics cannot be copyrighted, but Ubisoft owns the ‘look-and-feel’ of Heroes 3.

I mention this because… there will be changes to the creative landscape. Factions, heroes, troops, spells, skills, artifacts, and adventure destinations, will all be ‘familiar but different’. This isn’t necessarily a bad thing… a refreshed approach offers the potential for revision, refinement, and evolution. This is what happened from Heroes 2 to Heroes 3. This is what I want to happen from Heroes 3 to Fanstratics.

Ultimately, what I want, is for a casual observer to mistake Fanstratics for Heroes 3. A passing conversation would hopefully go something like this…

“The reincarnation of Heroes 3.”

Will Fanstratics deliver on the HoMM3 expectations? Is it even possible?

For the past 20 years, the Heroes community has been clamoring for a true sequel to Heroes 3. With Fanstratics, my goal is to give them what they want… and more. Anyone with any knowledge concerning video game development, knows the opportunities for failure are far greater than the chances for success… but I am hopeful.

I don’t like the game name. Fanstratics is a mouthful. Can you come up with a better name?

I agree, Fanstratics can be a mouthful, for some people, but so is… Subnautica, Factorio, Valorant, Brawlhalla, Nier Automata, Blasphemous, Stellaris, Chrono Trigger, etc. It’s unusual for a product name to not be criticized.

Remember when Nintendo announced the Wii? What? Is Nintendo making toilets?

Remember when Apple announced the iPad? What? Sounds like an Apple branded tampon product.

Remember when Star Wars announced the chapter titles of ‘The Phantom Menace’ and ‘Attack of the Clones’?

Considering the number of games being published today, arriving at a unique name is very difficult. All the easy names have been claimed. Don’t believe me? Imagine your own game name, then search for it in the Apple or Google App stores, then search for a ‘.com’ domain name.

When I was crafting potential game names, my requirements were… it needed to be something no one else was using, easily readable as a Twitch category, and reflective of the genre. In the end… Fanstratics stuck. It’s unique, it’s memorable (for better or worse), and I was able to claim the domain name.

All I ask is, please keep an open mind, and give it a chance. You never know, it might grow on you. If not, don’t let it prevent you from potentially enjoying the final game. Besides, it’s only a matter of time before a nickname is coined. I’m already calling it ‘Strats’.

All the above being said… I am open to suggestions. 🙂

Will the game be completely unbalanced and need fan mods to play competitive?

To be fair, network play in Heroes 3 was an afterthought. In 1999, no one ever expected, twenty years later, people would be playing the game online… competitively. Heroes 3 was never intended to be an eSport.

My intention is to reach out to current HotA internet players, and assuming they are interested, have them play Fanstratics and get their feedback. Similar to Starcraft2, I suspect there will end up being two separate sets of game stats: Single and Multiplayer. Upon shipping, the Single and Multiplayer numbers will match. After shipping, Multiplayer will probably diverge from Single, as network players discover unanticipated exploits and abuses.

What is target platform?

Windows PC. Heroes 3 was built for the PC, and the audience is still largely PC based. Fanstratics is a PC game, being built for the PC. Also, no mobile F2P shenanigans.

Will there be community friendly Map Editor?

Yes. I designed the Heroes 3 Map Editor, and I will be designing the Fanstratics Map Editor. For those who don’t remember, Armageddon’s Blade shipped with the Map Editor, seven months after Heroes 3’s initial release. I expect this will be case with Fanstratics as well.

Who did the Cavalier concept art?

Justin Gerard. You can check out his work at Gallery Gerard. At this time, it’s unknown how much concept work Justin will be contributing. I’m very happy he’s interested in supporting Fanstratics, but as you might surmise… he is in high demand. I’ve got my fingers crossed, and we’re doing our best to take advantage of his ‘windows of opportunity’.

Will Rob King and Paul Romero being doing the music?

I have been in touch with Rob King about he and Paul doing the sound effects and music.

Will David Mullich be involved?

David is currently directing another game, but I have told him, once Fanstratics reaches critical mass, I would very much like to have him produce it. We’ll see what happens. Walking away from a steady job, to take a chance on a crowd funded project… is asking a lot.

Other than concept art, do you have anything more to show?

Unfortunately, not at this time. Design is being finalized and program functionality is being built, but unless you like seeing colored blocks move about a grid textured environment… there isn’t much to see.

Please understand, the Landing Page was created to support David Mullich. Occasionally, David is invited to talk about Heroes 3 in various Russian, Polish, and other East European cities. When I revealed to David, my work on Fanstratics, he offered to ‘stealth announce’ the project to potential fans, while avoiding the mainstream game press. I didn’t think it would hurt, so I quickly fashioned a landing page, commissioned Justin for some concept art, and laid the foundation for an eventual Newsletter.

Well, on 2020-06-09, Game World Observer cited David, during his talk at the Talents In Games Conference, as mentioning a ‘Heroes 3 spiritual successor’ was in the works. Someone saw the news article, put 2+2 together, found the landing page, and tipped off Heroes3Wog.Net. :)))))) Suddenly, there were hundreds of people signing up for the Newsletter.

In short, the game’s announcement was something of an accident, and I’ve been scrambling to accommodate the sudden momentum.

Why not promote the game to larger game news sites?

If we were 90 days from launching a crowd funding effort, I would be pushing a press release to anyone willing to listen. At this stage, because we don’t have much to show, it doesn’t make sense to promote the game to larger news sites. I’m happy with the current ‘slow burn’ limited to hard core fans, and hopefully, the word will spread and the community will grow organically.

Anything I can do to help?

As of this writing, the Newsletter has over 700 subscribers. Not bad for an ‘accidental announcement’, but for a successful crowd funding effort, I estimate we will need at least 50,000 subscribers. Why? My research shows, around 20% of Newsletter subscribers (10,000) will convert into paying backers. With some mainstream publicity, I expect an additional 5,000 ‘non-newsletter’ backers. This turns into 15,000 supporters, which puts us within reach of my low end budget approximations.

As we are very early in development, we have time to grow the community. Most Newsletter subscribers reside in Poland and South Korea, but there is clearly an absence of subscribers from Russia, Germany, France, Italy, Spain, USA, etc. So, if you want to help… tell your friends and spread the word.

If you are an ‘influencer’ (streamer, youtuber, etc.), and would be interested in helping promote the game, I’d like to hear from you.

If you have any questions or comments, regarding Fanstratics (FST) or Heroes of Might and Magic 3 (Heroes 3), feel free to send them along, and I’ll try to answer them in future newsletters (newsletter@fanstratics.com).