Here’s some long-awaited news for you.

As you might remember, the first unit sprites for the Factory to reach a somewhat rounded-up state were the Halflings (by Fiorin) and Gunslingers (by Axolotl). They were hastily created just in time to be featured at the 2019 Streamfest and ended up being the only creatures from the town’s roster to be shown in the demo/trailer, as the rest were in very early stages of development by then. We would like to express our endless gratitude to both artists for providing those models, as without their help, we’d be left with zero Factory troops to showcase at that time.

However, in the course of roster development, these models proved obsolete and were crying for an update. We’ve already shown the Halflings remade by Dima Gravchenko, and we might even post a full article on them, provided we find some time for that. Recently, the Gunslingers went on the workbench, too. The rework was again executed by Dima Gravchenko, with the original model by Axolotl being imported into Blender and undergoing a wealth of adjustments. The non-upgraded unit had been 90% ready by July and found its way into the latest trailer, so this time it only underwent minor color tweaks and accessory updates. The upgraded unit has just been completed, its animations still being rendered as we speak. The final concept took only half an hour to draw and the adjustments were applied in just one day, which suggests that the visual image of the Bounty Hunter finally clicked.

As it has been already said, the Gunslinger is conceptually an amalgam of a Western-styled head hunter and a witch hunter a la Van Hellsing. The initial version of the unit ended up being somewhat too Western looks-wise, i.e. too modern and American than initially implied. The updated version boasts the following:

An article about the Gunslingers might also happen, given the sheer amount of material amassed over the months, but don’t hold your breath yet.

You probably want to know whether other models are also facing reworks – and we’ll let you know that some tweaks are awaiting the Mechanics. Their tech level is going to be knocked down a notch, and, regrettably, they’re going to lose their ciggies, as, despite being a great potential element of their character, they’re simply looking way too modern – which comes as no surprise, seeing as they date back all the way to the attempt to recreate the Pyromaniac from the Forge, many years ago. Sure, we could replace the cigarette with a cigar or a pipe, but a cigar is a rather silly attempt at a compromise, and pipes have already been covered in the models of the Leprechaun and male Captain hero. Moreover, what worked well for the crazy, punky pyromaniac isn’t going to play well with the sensible mechanical engineer – a lit cigarette inches away from a tank of highly flammable fuel obviously isn’t good for occupational safety and health.

Some minor adjustments will also be applied to the Armadillo models. 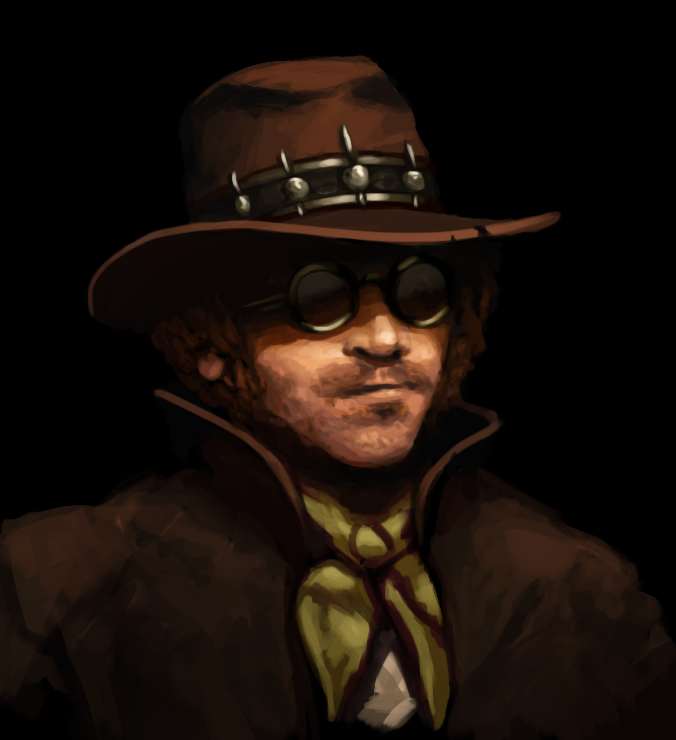