Heroes 3.5: In the Wake of Gods Portal > ERA Gaming build update v052 with new battle buttons (wait all, defense all) 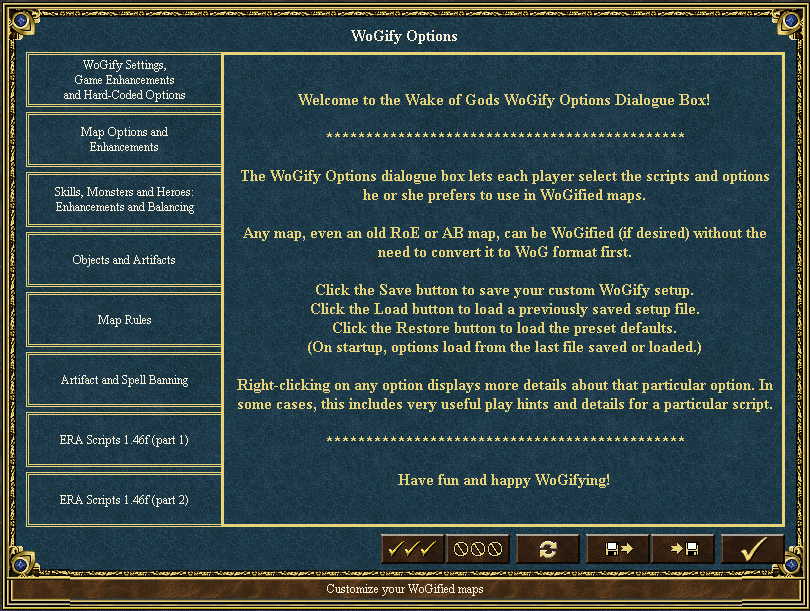 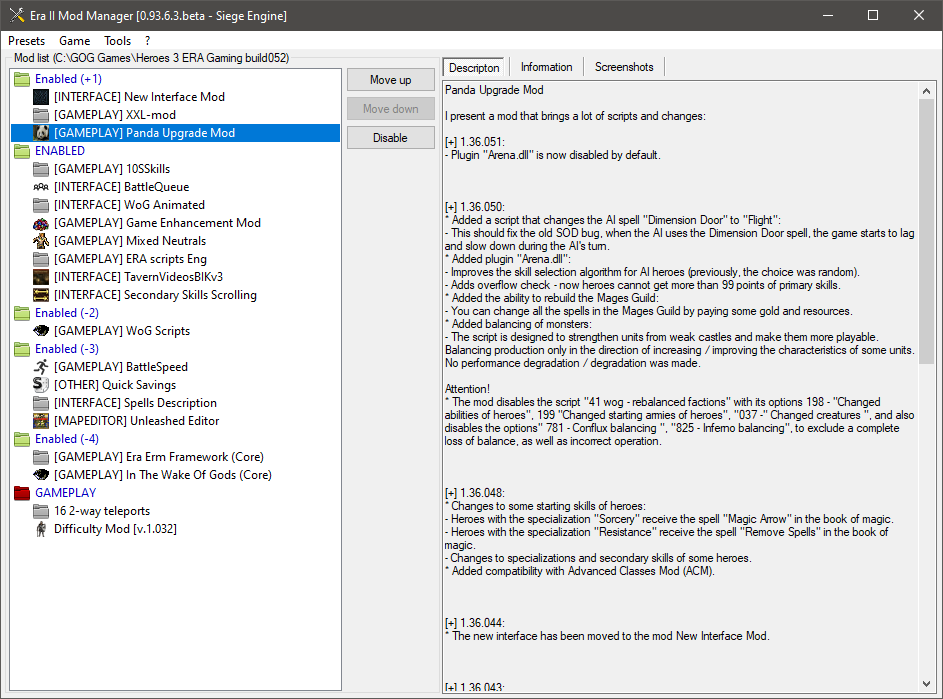 [+] New buttons “Wait by all” and “Defense by all” have been added to the battle screen:

– There is support for multiplayer, with the appropriate messages;

[+] The script for calculating the rest of the hero’s movement points has been updated – now it also works on simply pressed left Alt (previously only Alt + RMB);

[+] Modified button for mod settings – now it is in the upper right corner of the map;

[+] Hovering the cursor over a hero now displays the current and maximum supply of his Turn Points;

[+] Replaying a battle in a PvP game against neutral units is limited to 1 time – if you try to replay it again, “Quick Battle” is activated;

[+] No more annoying message that “the maximum level of the hero has been reached”;

[+] No more annoying message about what the “Tactical Phase” is;

[+] Now viewing information about a hero in battle is divided into 2 options – an allied and an enemy hero;

[#] Now all skills (excl. “Necromancy” and “Navigation”) will be generated in Witch Huts, not half (SoD Bug)

– The “Art of War” script no longer causes errors when RMB clicks on the hero’s screen. Added support for 10SSkills mod.

* Changes to some HD mod settings.

* Changes to some game settings.

* Updated the manual for assembling the game.