Only use with HD mod. Without HD, the minimap mod will draw with errors. Later, this problem will be resolved. You should disable Stack Experience when playing online. 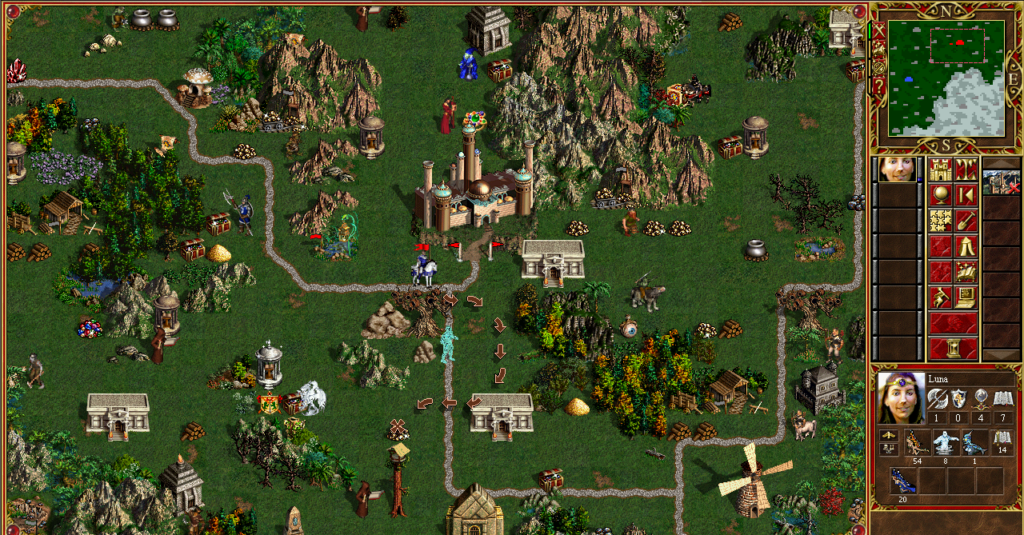 *Updated ERA and scripts of the Era Erm Framework mod to version 3.3.4:
– Added support for background colors for text elements in 32-bit HD mod modes.
– Corrections of found text and picture rendering artifacts.
* Updated Game Enhancement Mod:
– Changed the picture of the commander of the “Astral Spirits”.
[+] Script fixes:
* Correction of the “Henchman” option.
* Option 730 “One slot combo arts.bin” from ERA Scripts: added compatibility with the “one slot combo arts.bin” plugin from ERA. Now, if the “one slot combo arts.bin” plugin is enabled, the script for the “730 – single-slot composite artifacts” option will not be executed. Previously enabling option 730 and the “one slot combo arts.bin” plugin would crash the game.
* Updated mod “TavernVideosBIKv3HD” (to add this mod to the game, you need to download the full version of the assembly):
– The video screensaver in the tavern with HD has been replaced with a regular one. The HD version looked too stretched and not pretty.
* Added new mod: Panda Upgrade Mod (enabled by default):
– Added balancing of heroes starting skills.
– For more detailed changes, see the description of the mod.
* Updated HD-Mod to version 5.2 RC26:
– Critical bug: crash when right-clicking in the save window in a multiplayer game.
– Critical bug: crash after leveling up a defending hero in a multiplayer game.
– A number of fixes (including critical errors) of graphics modes in OpenGL by Verok.
– Some fixes in the lobby server.
– Some changes (an attempt to improve the stability of the game).
– Fixed bug with not working update.
– Fixed a bug that caused the game to crash or not be able to start.
– Fixed several other crashes and bugs.
* HD mod has been reinstalled, settings reset.
* Added “Random Map Templates Editor” tool to utilities – allows to work with random map templates (to add this tool to the game, you need to download the full version of the assembly).
* Updated mod XXL (disabled by default):
– Added XXL templates. 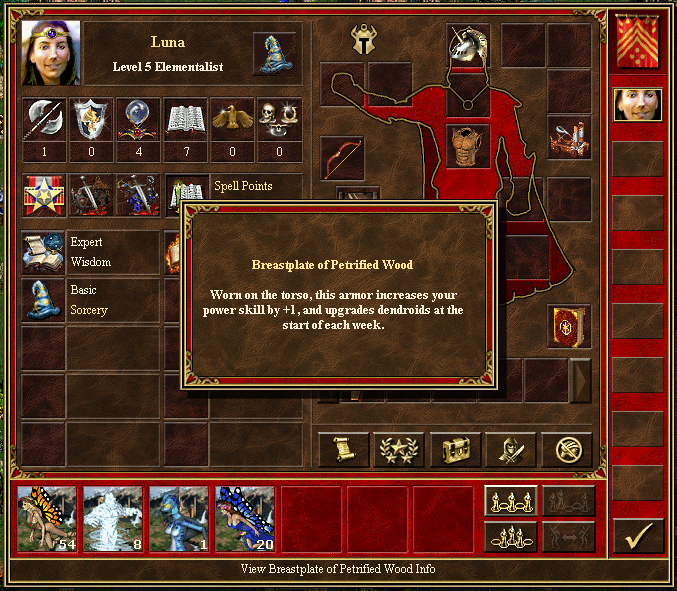 – All heroes who did not have the Spellbook receive it. The hero will have the book itself, but there will be no spells in it until the Mages Guild is built, but the book will no longer need to be bought, and you can also immediately visit and learn spells in the Magic shrines.
– All heroes have the secondary skill “Exploration” replaced with another more useful skill.
– All heroes have the secondary skill “Diplomacy” replaced with another skill. I have nothing against this skill, but only if it is obtained in the process of pumping the hero. For a starting skill, I find Diplomacy too imbalanced.
– All heroes whose specialization is “+350 gold per day” and “+1 resource per day” received the secondary skill “Property (Estates)” in addition to or instead of another secondary skill.
– All heroes receive a total of 6 starting primary skills. Some heroes had only 5 of them, all of these heroes received +1 to the primary skill, depending on the class of the hero mage / warrior.
– Some heroes have redistributed starting primary skills, because there was a situation when the hero gets a starting spell of level 3 or 4, but his starting skill “Knowledge” has only 1 unit, which makes it impossible to use this spell, because he just doesn’t have enough mana to cast this spell. All of these heroes gain +1 to Knowledge, but -1 to another primary skill. For example a hero
“Xiron” from “Inferno”, he has a starting spell “Inferno”, to cast it you need 20 units of mana, and the hero has only 1 unit of “Knowledge”, so the hero will have only 10 units of mana, which is not enough to create available starting spell of the hero “Inferno”. Now this misunderstanding has been corrected.
– Some heroes have redistributed starting secondary skills for one reason or another.
– Some heroes received the First Aid Tent, Ballista, Ammunition Cart.
– For some heroes, the starting spells in the hero’s books of magic have been redistributed to more useful ones.
– Some heroes have changed their specialization to a more useful one. For example, the hero “Moon” from “Conjugation” instead of the “Wall of Fire” specialization gets the “Sorcery” specialization, instead of the “Fire Magic” secondary skill, he gets the “Sorcery” skill, in the book of magic instead of the “Wall of Fire” spell he gets the “Blindness” spell.
– Heroes who have the “Navigation” secondary skill receive the Summon Ship and Sink Ship spells in the spellbook.
* Note: The secondary skill “Navigation” has not been changed since there is a separate option 773 for it – “Land Navigation” from Era Scripts. When activated, if there is less than 15% water on the map, then the secondary skill “Navigation” is replaced by the skill “Logistics”. If you do not need the “Navigation” skill, then activate this option.
* Mod includes option 764 – “Balanced starting army”.

Attention!
* The mod disables the script “41 wog – rebalanced factions” with its options 198 – “Changed abilities of heroes” and 199 “Changed starting armies of heroes”, in order to exclude a complete loss of balance, as well as incorrect operation.