Heroes 3.5: In the Wake of Gods Portal > 5 worst hero secondary skills in Heroes 3 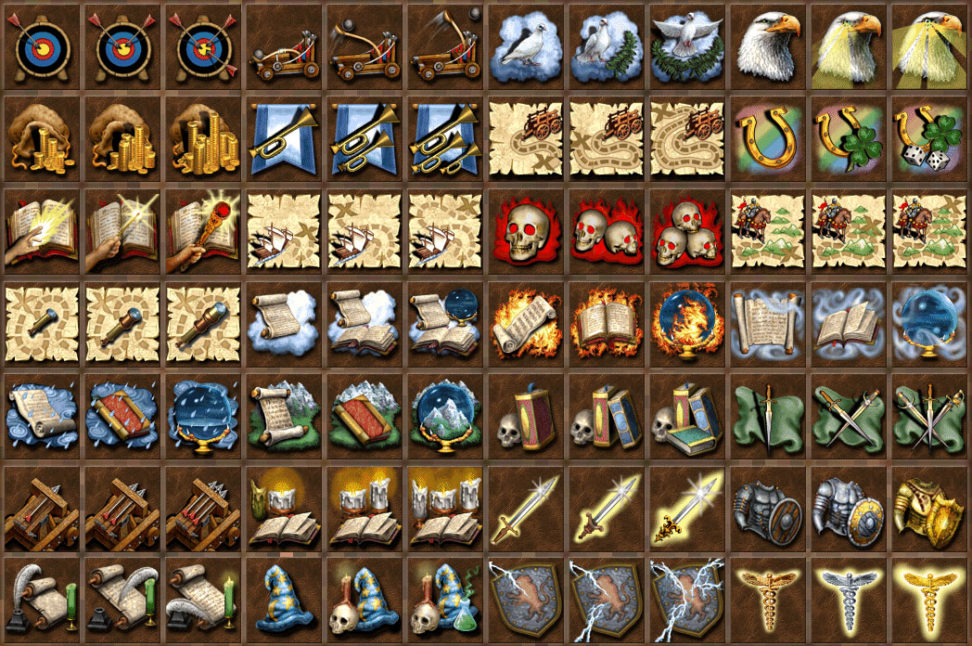 Some skills are must-have for any adventurer. Some suit different types of heroes better than the others. And there are also ones which only make you annoyed when you get them. Below is the list of the most useless skills in Heroes 3.

#5: Mysticism. Restoring more spell points is nice. But seriously, when it’s only 4 points a day, getting to a nearby city / well seems like a much better idea, even if it’s 4 turns worth of riding from you. Plus, there artifacts which do exactly that, and they aren’t rare or anything.

#4: Sorcery. Direct damage spells in Heroes 3 are not particularly strong, aside from the obvious exceptions of Armageddon and Implosion. Sorcery could have been a great way to fix that… If only the bonus it granted bonus wasn’t so small. 15% added damage is nice, but barely noticeable, and feels like too little for too much. Also, it doesn’t affect buff/debuff spells like Slow, Haste, etc. Not completely useless, but surely there are far better skill options.

#3: First Aid. Another skill which is not completely useless, but its benefits are barely noticeable. Healing 100 HP can save level 6 and 7 units, but the problem is, you don’t always get a first aid tent, and when you do, it often gets targeted by seemingly everyone. Also, since it’s not resurrecting, but only healing troops, it’s nearly useless for low level units.

#2: Learning. I believe this skill came to the game from Might and Magic RPG series, where it was far more useful. I really couldn’t put it better than Heroes 3 wiki:

Learning is an excellent idea, but the execution fails completely. If a hero were to have expert level of Learning from the beginning of the game, when the hero reaches 230,000 experience points, a hero without the skill would have achieved 200,000 points. This would mean that the first hero is on level 26 and the second on level 25, which is only a one-level difference. There is just no justification for choosing Learning.

So, yeah. Another case of a skill which grants a barely noticeable bonus.

#1: Eagle Eye. It doesn’t get worse than this. Only Eagle Eye is so consistently bad that it tops (bottoms?…) this list. To begin with, the very premise of learning a spell used in a battle doesn’t sound very interesting. But as if it wasn’t bad enough, at its basic level, it gives you just a 40% chance to learn only level 1 and 2 spells used in combat. Some heroes even specialize in Eagle Eye… and you thought Imp specialty was bad.

Not that this skill was forgotten about. People tested it and tried to make some sense out of it. But for some reason, you never hear success stories involving Eagle Eye; something along the lines of heroes learning Armageddon / Resurrection / whatever from a battle and then totally turning the game around with their newly acquired spells.

That said, there’s one good use for this skill I’ve found. If you’re making a USA-themed hero, Eagle Eye works perfectly: it has an amazing portrait of an eagle. If it’s July 4th, and you want to show your respect for the history of the United States, you can make a hero with Eagle Eye and give him some Griffins or Rocs. Sail to another continent and proceed to spread freedom over it. Win the game and forget about the Eagle Eye for another year (or better forever).

Dishonorable mention: Navigation. It goes without saying that this skill is a godsend on sea maps. The problem is, it continues to appear even on maps without any water, where it doesn’t have any use. And since most maps contain no water, you are usually better off picking any other option than Navigation.

This concludes the list of the skills you probably avoid (and if you don’t, you should consider doing so). I must add that between Learning and Eagle Eye, I’d probably choose the latter. But Eagle Eye is just so notorious for being bad, that it has become a legend of sorts. Anyway, it’s six of one and half a dozen of the other.